Commercial properties to rent in Brentford

Just across the river from Kew Gardens and Syon House, Brentford has a picturesque backdrop. Its docks also provide a pleasant place to wander along the canals, and there are pubs situated by the river that make the most of the atmosphere. You can walk along the water’s edge to Twickenham via Richmond by heading west and up to London Playing Fields by heading north. Brentford certainly has a lot to offer those looking for a short commute to central London and a peaceful way of life.

Brentford’s proximity to central London and popular neighbouring areas also make it a prime base for businesses. It is undergoing significant regeneration with residential properties and mixed-use schemes in the offing. Perhaps that is why the likes of Sky, GSK, JCDecaux and SEGA have decided to base large offices in the area.

Transport connections to and from Brentford are fantastic, making it a practical location for businesses with clients in and around London. You will benefit from a more relaxing working environment and you can easily make your way to the city centre for meetings. It’s just a 30-minute train ride to Waterloo and only nine miles away, making cycling an option too. Plus, it’s only 15 minutes from Heathrow Airport and right by the M4 corridor, putting you within easy reach of cities across the country and beyond.

Brentford has plenty of benefits for businesses and residents alike. Here’s everything you need to know about this London suburb. 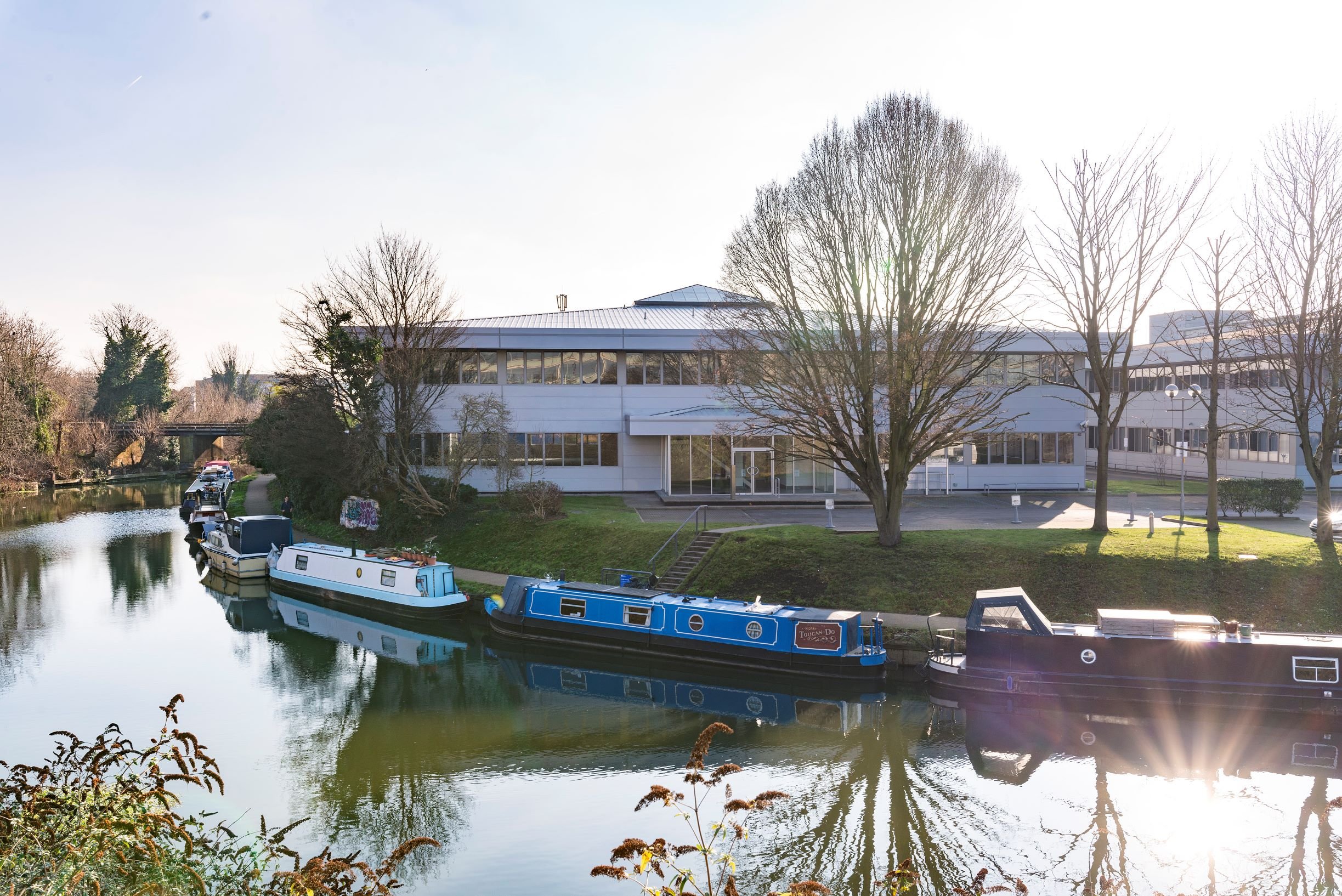 Transport links to and from Brentford

Boston Manor Station is on the Piccadilly LineThis underground station is just a 20-minute walk from Brentford or you take a local bus to the station. Once there, you can use the Piccadilly Line to reach stops across London, from Heathrow Airport to Cockfosters, and with stops at Hyde Park Corner, King’s Cross and Leicester square on the way.

It is easy to travel by bus around BrentfordA number of bus routes will connect you to areas near Brentford and further afield. You can take the 65 to Richmond and Ealing Broadway, take the 237 to reach White City, and catch the 267 to Hammersmith. There are also night buses running through Brentford, such as the N9, which runs from Heathrow Airport right the way through to Charing Cross, and there’s the N11 from Ealing Broadway to Shoreditch.

Brentford is right by the M4Join the motorway and you can travel all the way to Cardiff, stopping at Reading, Swindon and Bristol on the way. This main road will also connect you to the M5 to head down to Exeter and up to Liverpool, and you can also use it to join roads to Oxford and Birmingham.

Brentford’s close proximity to the M4 also makes it attractive for tech businesses. Locations within the vicinity, like Slough, Maidenhead and Reading, are known as upcoming technology hubs and Brentford benefits from being very close by, but also within easy reach of central London.

Brentford is 15 minutes from Heathrow AirportWhen traffic is low, it will only take you 15 minutes to reach Heathrow Airport from Brentford by car. The journey is only six miles. However, this does mean you’re likely to hear planes overhead as they come in to land.

If you want to use public transport to reach the airport, it is best to use the bus or to make your way to Boston Manor Station and then take the Piccadilly Line.

From Heathrow, you can reach destinations across the world. It is the UK’s busiest airport and largest airport, serving 80 million passengers a year.

Offices to rent in Brentford

Retail units to rent in Brentford 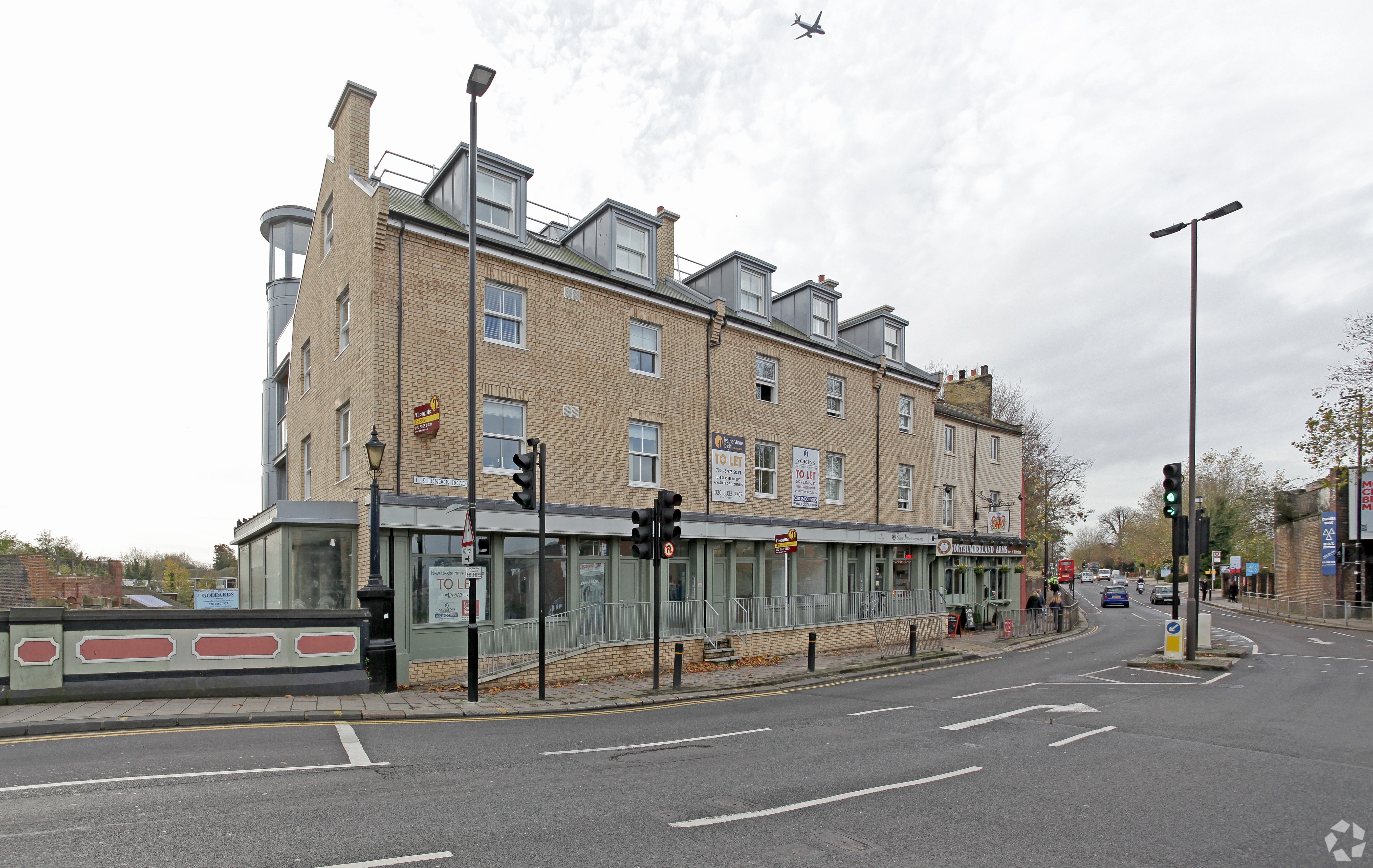 Where should I go to eat in Brentford?

For more top places to grab a bite to eat in Brentford here. 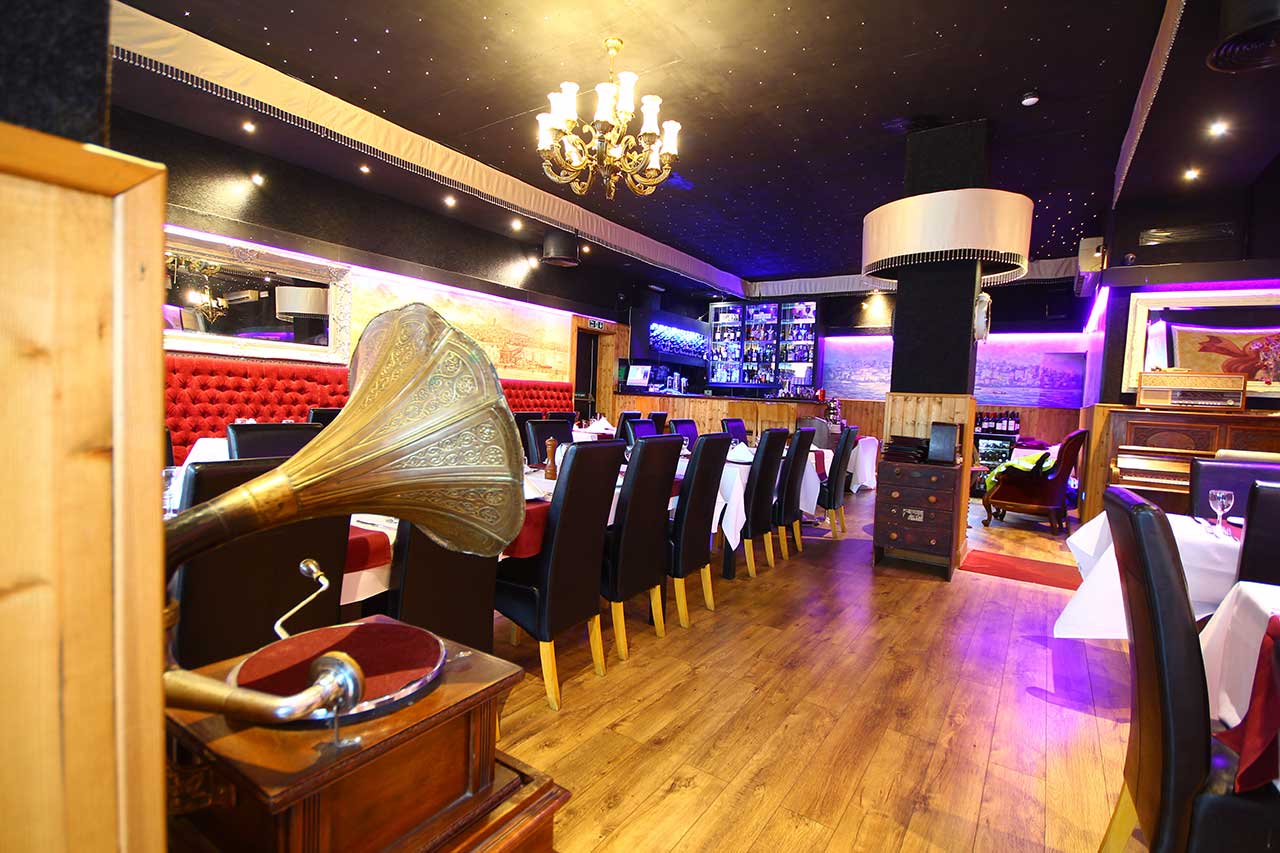 Where are the best coffee shops in Brentwood? 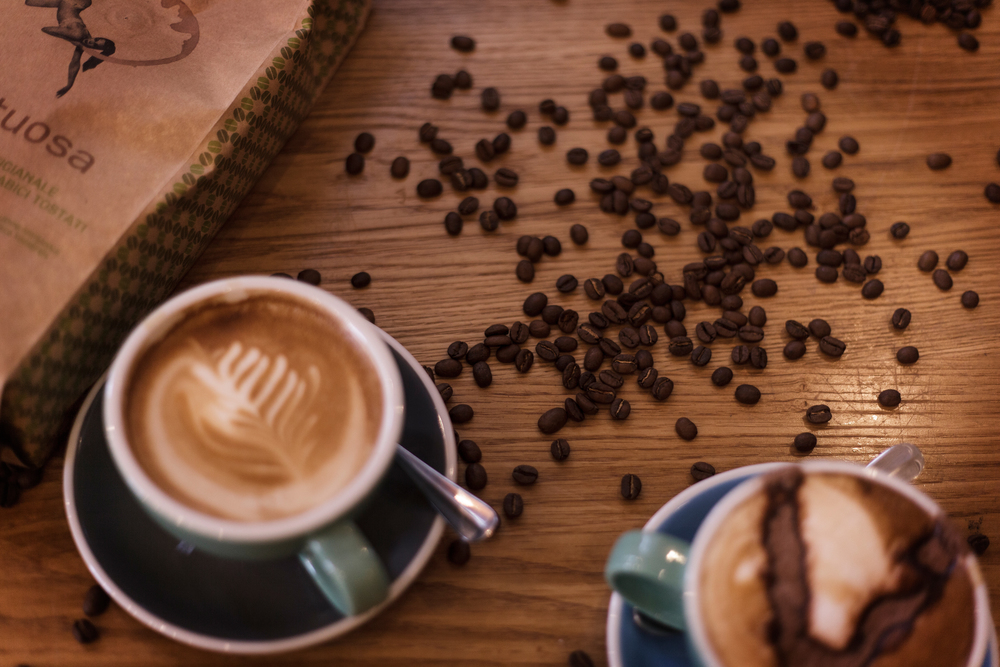 Brentford is home to some handy facilities for employees

There are more than 15 gyms and fitness classes in the area including:

Banks and Post Offices in BrentfordThere’s a Barclay’s Bank in Brentford and some ATMs at the local Sainsbury’s stores. For other banks, you can head over to Chiswick High Road where you’ll find HSBC, Santander, Halifax, Lloyds Bank, NatWest, Nationwide Building Society and more. It’s just a ten-minute drive away, or 15 minutes away by bus.

Where to buy groceries in BrentfordThe largest supermarket in Brentford is a Morrisons, which is located on the High Street. You’ll also find a small Costcutter along the High Street, and there’s a Local Sainsbury’s store just off the B445 close to the M4 and around the corner from Energie Fitness.

If you’re willing to drive, a six-minute journey to Osterley will see you reaching a large Tesco Extra store, which is a convenient place for doing a bigger shop.

Brentford itself has a few convenient stores, like pharmacies, food shops and homewares. If you would like to enjoy a spot of shopping, your best bet is heading over to the Treaty Centre in Hounslow, which is around a ten- to 15-minute drive away. This shopping centre is home to all sorts of high street brands like River Island, H&M, Debenhams, Next and more. Kew Retail Park is closer and it has a TK Maxx, Marks & Spencer, Gap, Next, Boots and Sports Direct.

Retail properties to let in Brentford 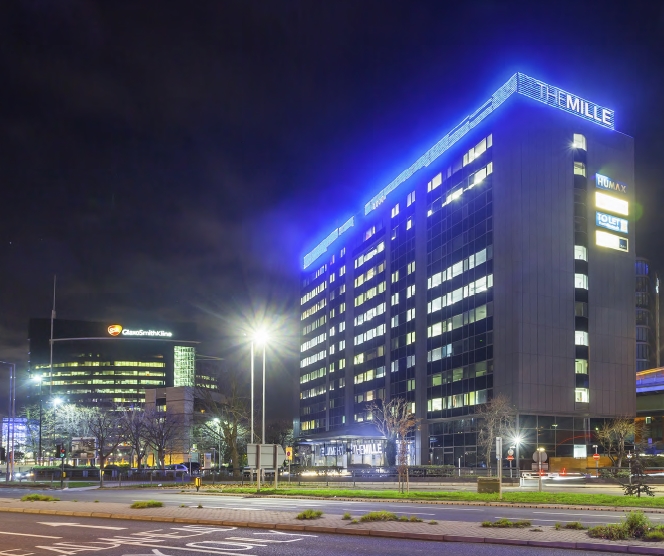 Commercial properties to let in Brentford

Offices to let in Brentford

Shops to let in Brentford

Industrial units to let in Brentford

Meet the neighbours – here are a few businesses based in Brentford 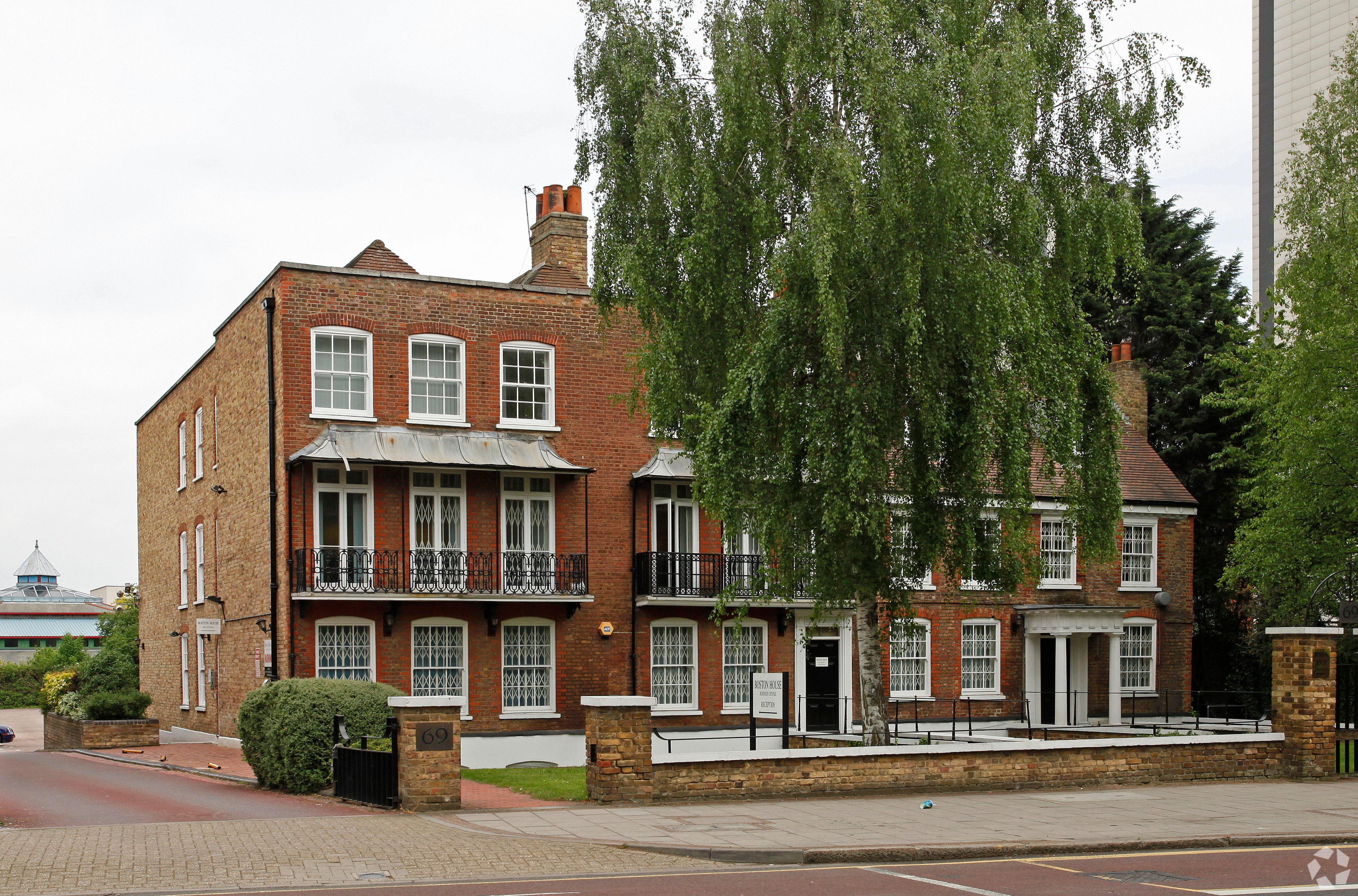 It is believed that Julius Caesar crossed the Thames at Brentford during the Roman invasion of Britain in 54BC.

In 1431, Syon Abbey was relocated to Brentford from Twickenham.

Pocahontas, the daughter of a Native American chief, lived in Brentford with her husband John Rolfe back in 1916 to 1917. She was captured and held for ransom by colonists, which is when she met her husband-to-be. It is thought she may have lived at Syon Park House.

Brentford Dock was designed by Isambard Kingdom Brunel as a freight terminus. It has since been redeveloped into a residential development.

You will find the Musical Museum at Brentford. It houses collections of weird, wonderful, and celebrated instruments, including the Mighty Wurlitzer theatre organ. The museum’s theatre space also hosts shows throughout the year and can be hired as a unique event venue.

Syon Estate has been a notable property for hundreds of years. Henry VIII’s wife, Catherine Howard, was held prisoner at the house, and the king’s coffin was later rested there for one night. In 1594, it was acquired by Henry Percy, 9th Earl of Northumberland, and it has remained in the family ever since.

Commercial properties to let in Chiswick

Commercial properties to let in Hounslow

Commercial properties to let in Maidenhead

Commercial properties to let in Wembley

Commercial properties to let in Slough