Commercial properties to rent in Brixton

Sandwiched between Clapham, Camberwell, Dulwich and Tooting, Brixton has an enviable south London location. And because it’s on the Victoria Line, it has fast links to central London. You can reach Oxford Circus in just 15 minutes, Victoria in ten minutes and King’s Cross in 22 minutes.

Brixton has an undeniably artsy scene, making it popular among design businesses. It has been part of the London Design Festival for some years now, and you can see instances of its creative heart in lots of its venues. Pop Brixton, for example, is a shipping container park with a myriad of street food stalls, bars and shops, all of which are independent. Those who live or work nearby flock here on a Friday evening, and it’s a great place for a team social. You’ll also find colourful Brixton Village, a 1960s shopping arcade that was once called Granville Arcade. It is full of shops and cafes celebrating the area’s multicultural history.

Over the years, Brixton has gone from being part of Surrey to becoming a smart London suburb. It became a hub for Caribbean culture after the Second World War. The area has seen big regeneration in recent years, yet it still retains memories of its past.

There are lots of reasons why Brixton makes a great home for a business. Here’s everything you need to know about this lively London suburb.

Brixton is on the Victoria LineThis north to south tube line is known as one of the fastest and most convenient connections in the capital. It runs from Brixton to Walthamstow and stops at places like King’s Cross, Finsbury Park, Oxford Circus, Victoria and Vauxhall on the way. From Brixton, it takes just 15 minutes to reach Oxford Circus.

Brixton also has a rail stationIt is opposite the tube station and is served by Southeastern. Regular trains run to Victoria, where you can connect to lots of other services, and Orpington, which is on the far southern edge of London.

There are lots of buses running through BrixtonOne of the most useful is the number 2, which runs to Marylebone via central stops like Marble Arch and Pimlico. It also runs as a night bus, making it particularly helpful after team outings. The number 59 is another handy service, stopping at Waterloo, Holborn and Euston. Likewise, the 133 will take you through Elephant & Castle and London Bridge as it makes its way to Liverpool Street Station.

These are just a few of the many bus routes running through Brixton, connecting you to areas across the capital.

The A23 runs through BrixtonThis main road makes it easy to head directly south to join the M25. With such fantastic public transport in Brixton, many people prefer to avoid driving to visit areas across the city. However, this main road is convenient if you need to go to meetings outside London.

Gatwick Airport is closest for BrixtonUsing Southern rail services from Victoria, you can reach Gatwick Airport in around 50 minutes from Brixton. The second busiest airport in the UK, Gatwick serves over 64 million passengers annually and has flights to destinations across the world including major cities New York, Dubai, Hong Kong, Cape Town, Sydney and many more.

If you need to fly from Heathrow, however, you can reach the airport in just over an hour via the Victoria and Piccadilly lines.

Offices to rent in Brixton

Retail units to rent in Brixton

Where should I go to eat in Brixton?

Discover more brilliant places to grab a bite to eat in Brixton here. 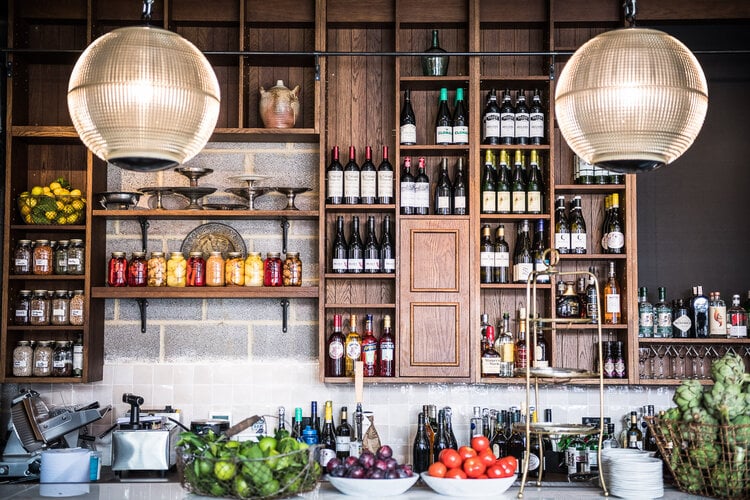 Find more great places to meet for a coffee in Brixton here. 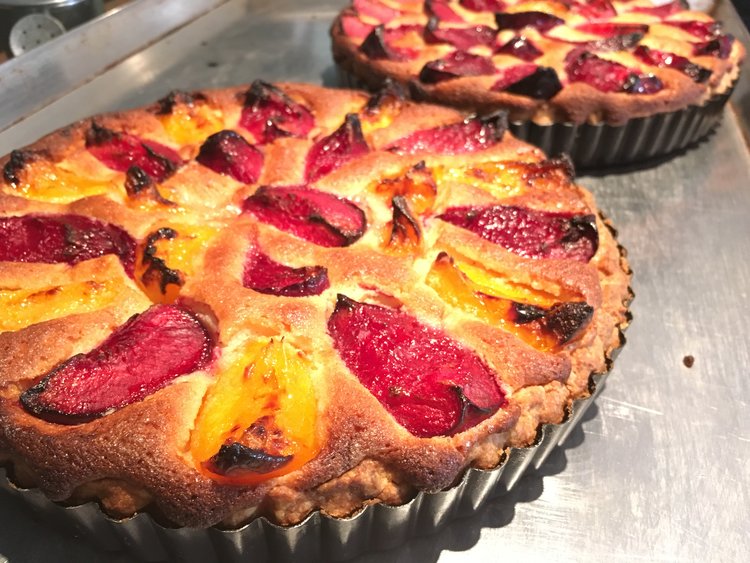 Brixton is home to lots of handy facilities for businesses

There are more than 10 gyms and fitness classes in the area including:

Banks and Post Offices in BrixtonThanks to its busy centre, Brixton has lots of banks based near the train station. Branches include:

There are two Post Offices – one in Ferndale Road in the centre of Brixton and one in Brixton Hill just of the main road opposite Arodene Road. You’ll also find a large Royal Mail Delivery Office along Blenheim Gardens in Brixton Hill.

Where can you buy groceries in Brixton?Brixton is a largely residential area, so it should come as no surprise that there are supermarkets dotted about the many streets. Most of them are local stores, either independently owned or from the big four, including a Tesco Express on Brixton Hill, a Sainsbury’s Local just down the road from there and another Sainsbury’s Local just north of the centre near the police station.

However, there are also some large supermarkets, which is unusual for a relatively central suburb. Along Acre Lane, you’ll find both a Lidl and a Tesco Superstore. There’s also a large Sainsbury’s on Tulse Hill.

You should be able to find everything you need day-to-day in the centre of Brixton. Brands such as H&M, Marks & Spencer, WH Smith, Boots, Argos and JD Sports all have stores in the area. Plus, there are independent stores selling all sorts of gifts and essentials. But if you would like a big shopping trip, you might prefer to head to Oxford Street, which is only around 15 to 20 minutes away using the underground.

Retail properties to let in Brixton

Commercial properties to let in Brixton

Offices to let in Brixton

Shops to let in Brixton

Industrial units to let in Brixton

Meet the neighbours – here are a few businesses based in Brixton

Brixton has its own currency – the Brixton Pound. You can use the cash in local shops. The idea behind the currency was to boost the local economy.

Electric Avenue, built in the 1880s, was the first market street to be lit by electricity.

Bands and artists including The Smiths, Sex Pistols, The Police, Wham and Madonna have all played at the Brixton Academy, which first opened in the 1920s as the Astoria Theatre.

Brixton has a restaurant that employs only prisoners as its waiting and cooking staff. During their time working at the restaurant, the employees earn qualifications.

Commercial properties to rent in Camberwell

Commercial properties to rent in Clapham

Commercial properties to rent in Dulwich

Commercial properties to rent in Peckham