Nestled between Camden Town and Primrose Hill, Chalk Farm offers a mixed bag of activity. With pretty Primrose Hill as its backdrop and with Camden Town’s array of bars, restaurants and markets on the doorstep, it is an attractive and lively place for businesses to call home. Yet it is somewhat more relaxed than its neighbours, giving businesses a chance of peace and quiet just moments away from central London.

You’ll find Chalk Farm just north of Camden Town, simply by continuing along the main road passed Camden Market. Here you’ll find the underground station, theatre and a number of bars, cafes and shops. Surrounding streets are primarily residential, and the community feel makes it an appealing place to set up an independent business in the area. There are also great offices in converted residential properties, providing a grand and bright setting for work and the ideal amount of space for a team of roughly ten to 20 staff.

Chalk Farm is also just a matter of minutes from King’s Cross, Moorgate and London Bridge, being on the Northern Line. When you’re based in the area, you can quickly get across the city for meetings while enjoying your lunch breaks in Primrose Hill or Camden’s markets.

If you’re thinking of starting your business in Chalk Farm, or moving your current company to the area, read this area guide to find out everything you need to know. 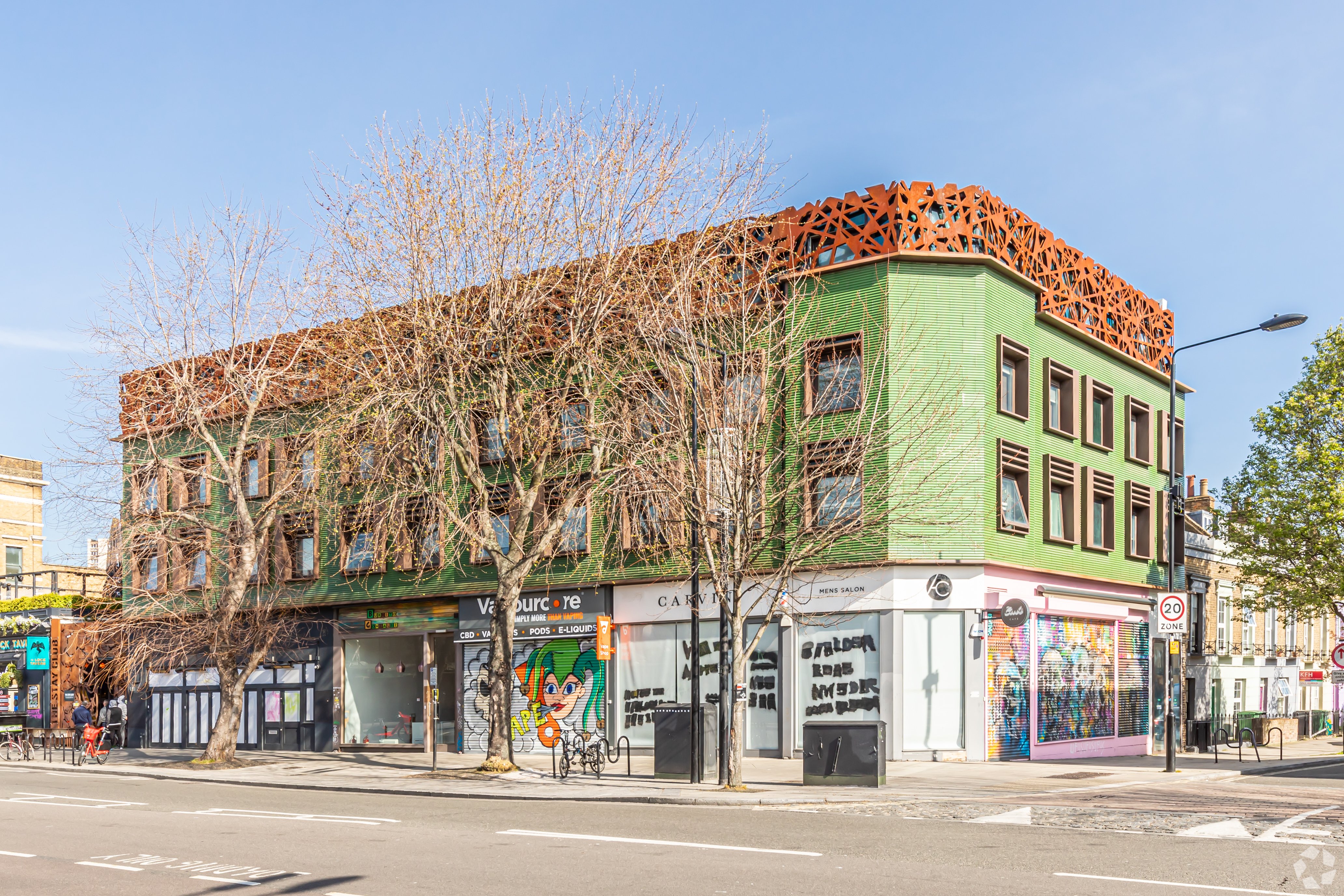 Getting around Chalk Farm

If you need to travel on the Overground, you can join it at Kentish Town West, which is less than a ten-minute walk away from many Chalk Farm addresses – and even close for some. From here, you can easily get across north London to Stratford and across west London to Wembley and Richmond.

One main road runs through Chalk FarmThe A502 runs through Camden and Chalk Farm all the way north through Hampstead to Hendon. It’s also called Chalk Farm Road and it’s helpful for when you need to leave the city for meetings. You can follow it until it joins the A1, which will then take you to towns and cities north of London.

Gatwick Airport is just half an hour awayBy using public transport, you can reach Gatwick Airport in just 35 minutes by taking a bus to Victoria Station and then following the Victoria line to the airport. Flights from Gatwick go to destinations across the world, from Dubrovnik to Dubai. You can also reach Heathrow Airport relatively quickly from Chalk Farm. It takes around an hour and a half by public transport but just an hour by car, depending on traffic.

Offices to rent in Chalk Farm 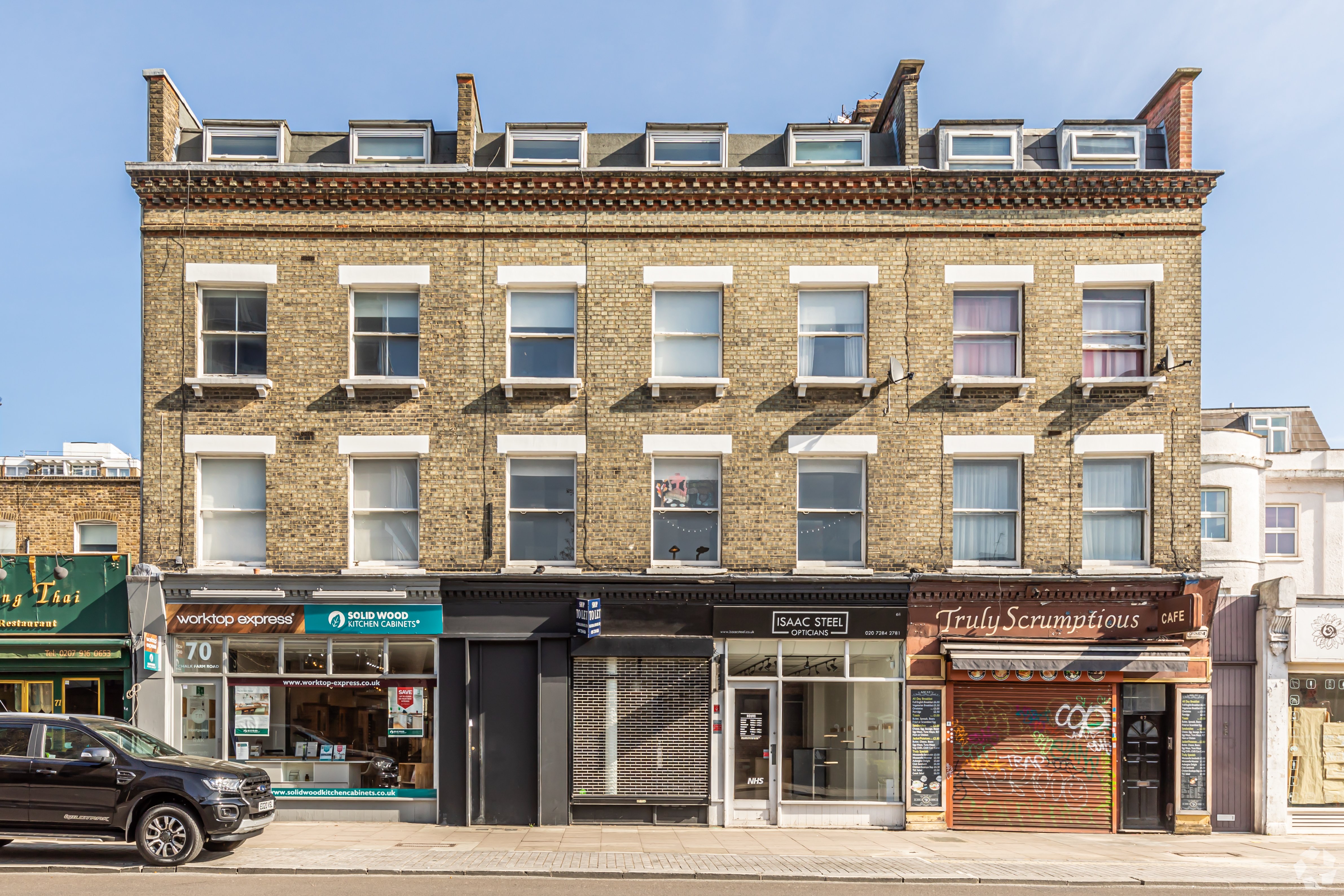 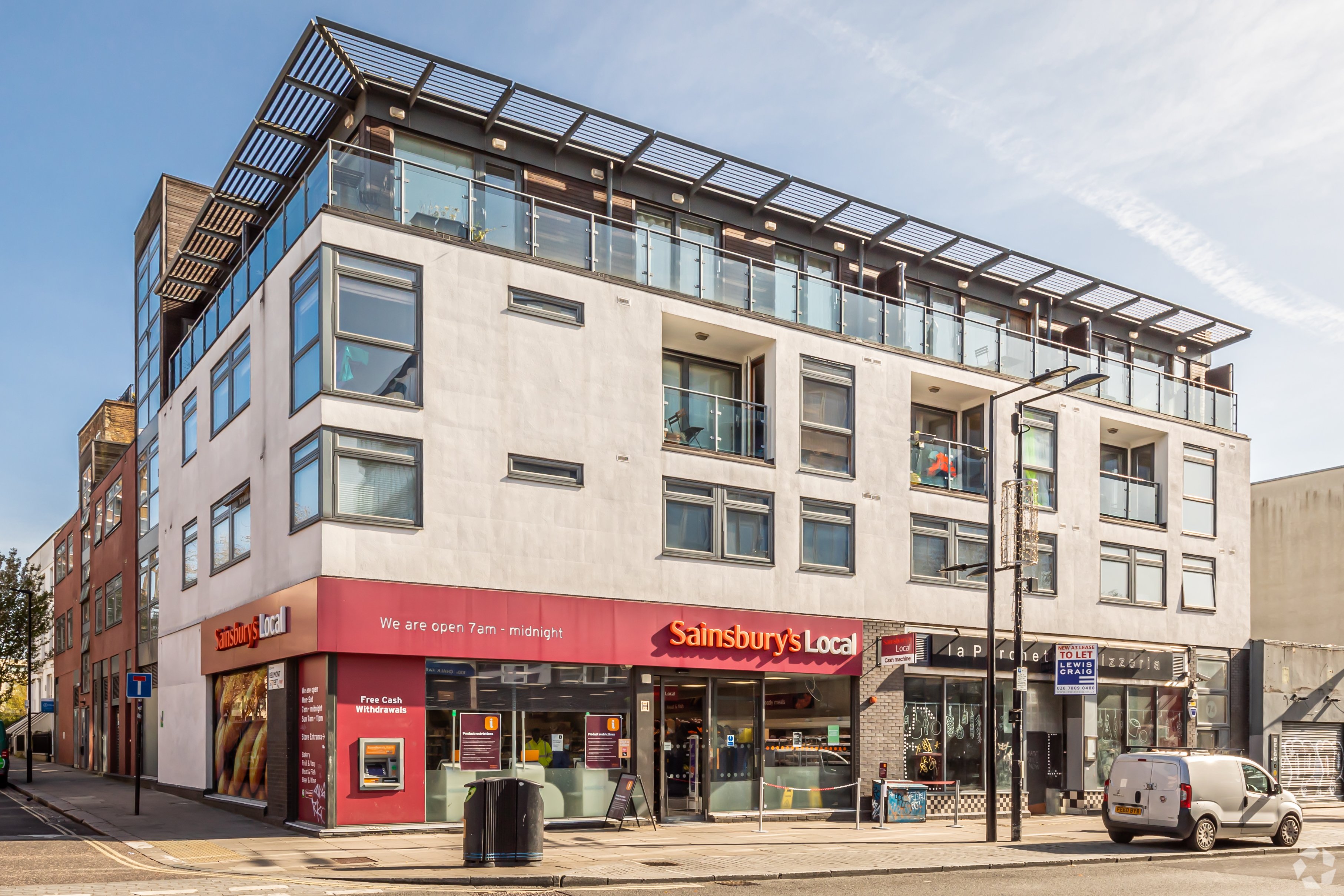 Where should I go to eat in Chalk Farm?

Discover more great places to grab a bite to eat in Chalk Farm. 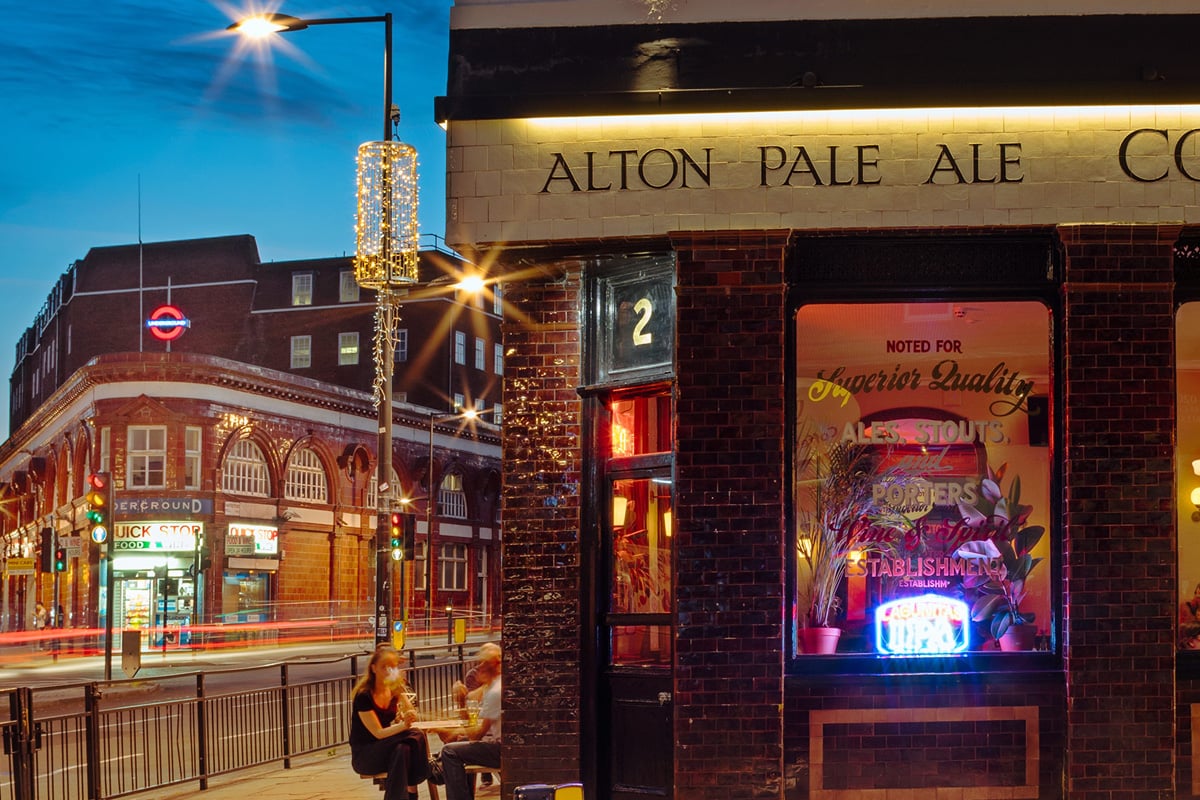 Where are the best coffee shops in Chalk Farm? 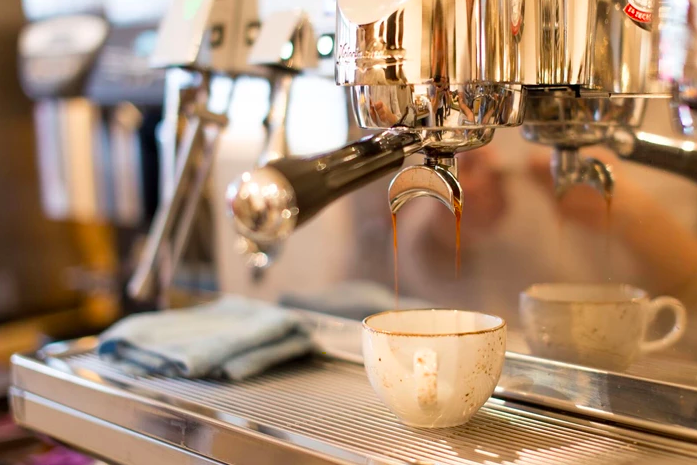 Chalk Farm is home to lots of handy facilities for businesses

There are more than five gyms and fitness classes in the area including:

Find more places to get active.

Banks and Post Offices in Chalk FarmChalk Farm itself doesn’t have any banks, but you’ll find an ATM machine outside the Sainsbury’s Local. There are a number of banks in Camden Town, including Barclays Bank, Lloyds Bank, HSBC, Halifax, NatWest, Nationwide Building Society and Santander. You should be able to walk to these branches in about 15 minutes.

The nearest Post Office to Chalk Farm is in Primrose Hill, along Regent’s Park Road. It should take about five to ten minutes to walk to this Post Office from Chalk Farm.

Where to stock up on groceries in Chalk FarmLots of people use the Sainsbury’s Local along Chalk Farm Road for essentials during the week. However, if you need a larger supermarket, there’s a Morrisons just off Chalk Farm Road tucked behind the main road.

Shopping in Chalk Farm mainly consists of small local businesses clustered around Chalk Farm Road. But with Camden’s markets on the doorstep, you’ll have plenty of opportunities to hit the shops after work. Here you’ll find everything from artisan food to handcrafted gifts. 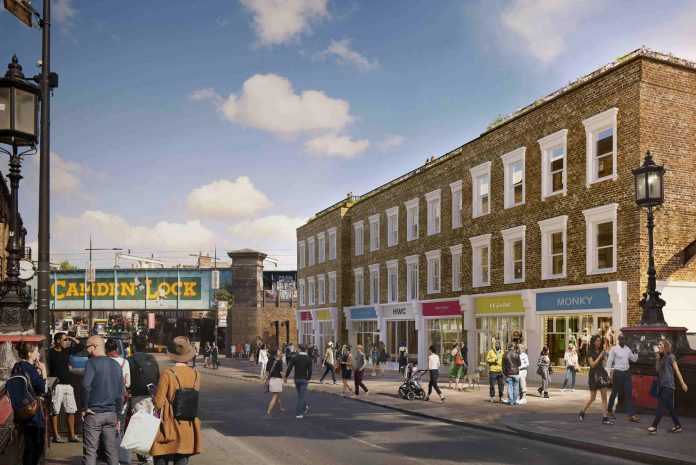 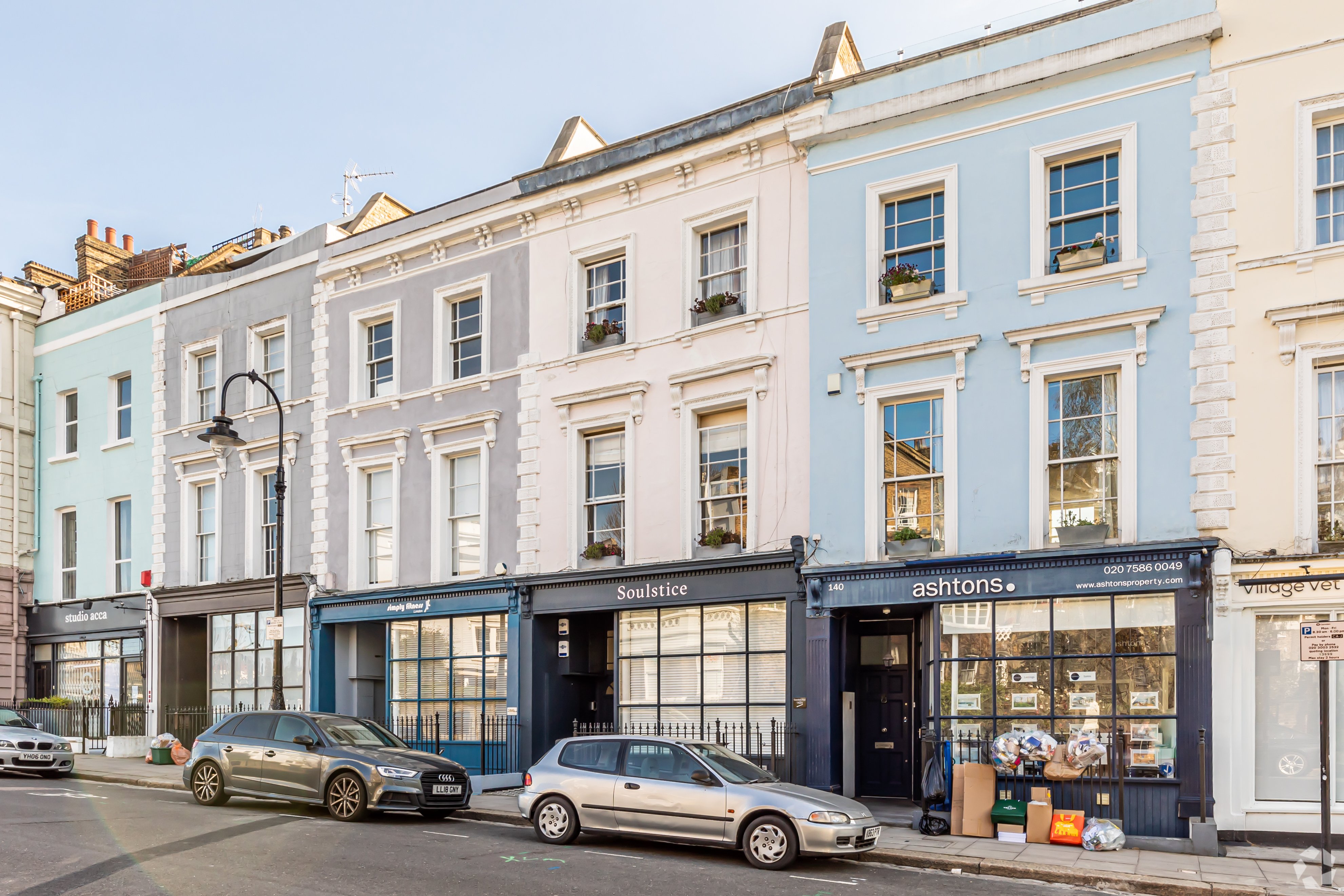 Offices to let in Chalk Farm

Shops to let in Chalk Farm 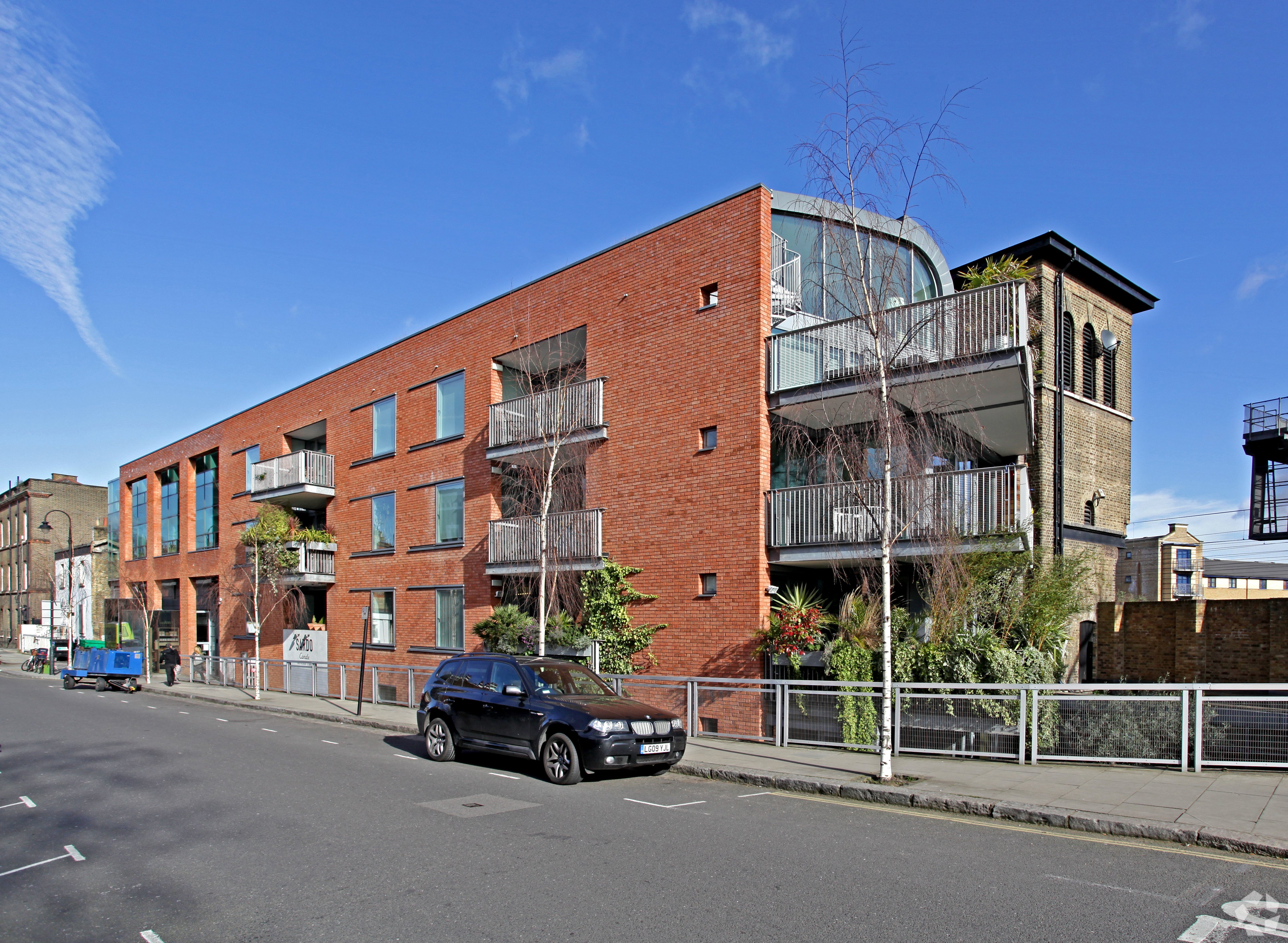 Just exactly where Chalk Farm gets its name from is not clear. Some people think it reflects the colour of the old farmhouse that is prominent in the area. This house did used to be known as the ‘white house’ so there may be something to that theory.

The area was originally known as the Manor of Rugmere, which is so old that it is mentioned in the Doomsday Book. Henry VIII bought part of the manor, which would later form part of the area that became Regent’s Park.

The Roundhouse is one of the UK’s famous music venues – but it didn’t start out that way. The venue actually began its working life as a locomotive shed with a turntable, allowing trains to turn around once they had reached the end of the line.

Commercial properties to rent in Hampstead