Crouch end is a little urban village situated five miles from the City of London in the borough of Haringey.

A century ago, Crouch End was completely rural, but it made a name for itself in the London scene when a busy new railway was built. Ironically, it no longer runs.

Crouch End lacking a tube or train station was once considered a drawback when compared to other leafy North London neighbourhoods. However, it’s helped it to retain its community feel and charm, without being overrun with tourists and chain stores. It also makes property prices that bit more affordable too.

The area is bursting with independent shops and cafes, pubs, arty venues and green spaces. When it comes to the latter, you’re spoilt for choice. To the north of the area, at Alexandra Park, you can explore 196 acres of woodland and try a local delicacy from the Sunday farmers’ market. There’s also Highgate Wood, Queen’s Wood and Finsbury’s Park nearby.

Much of Crouch End’s character comes from its residents, many of which are bohemian sorts. Young professionals, families and the odd famous face are proud to call Crouch End their home.

Surrounding areas were hit hard in World War II, but Crouch End managed to maintain many of its period properties. These still comprise a large proportion of the property market today.

The red brick clock tower is at the heart of the arty neighbourhood, and it has stood on Crouch End Broadway since 1895.

If you want to find out more about living and working in Crouch End, this guide has all you need. 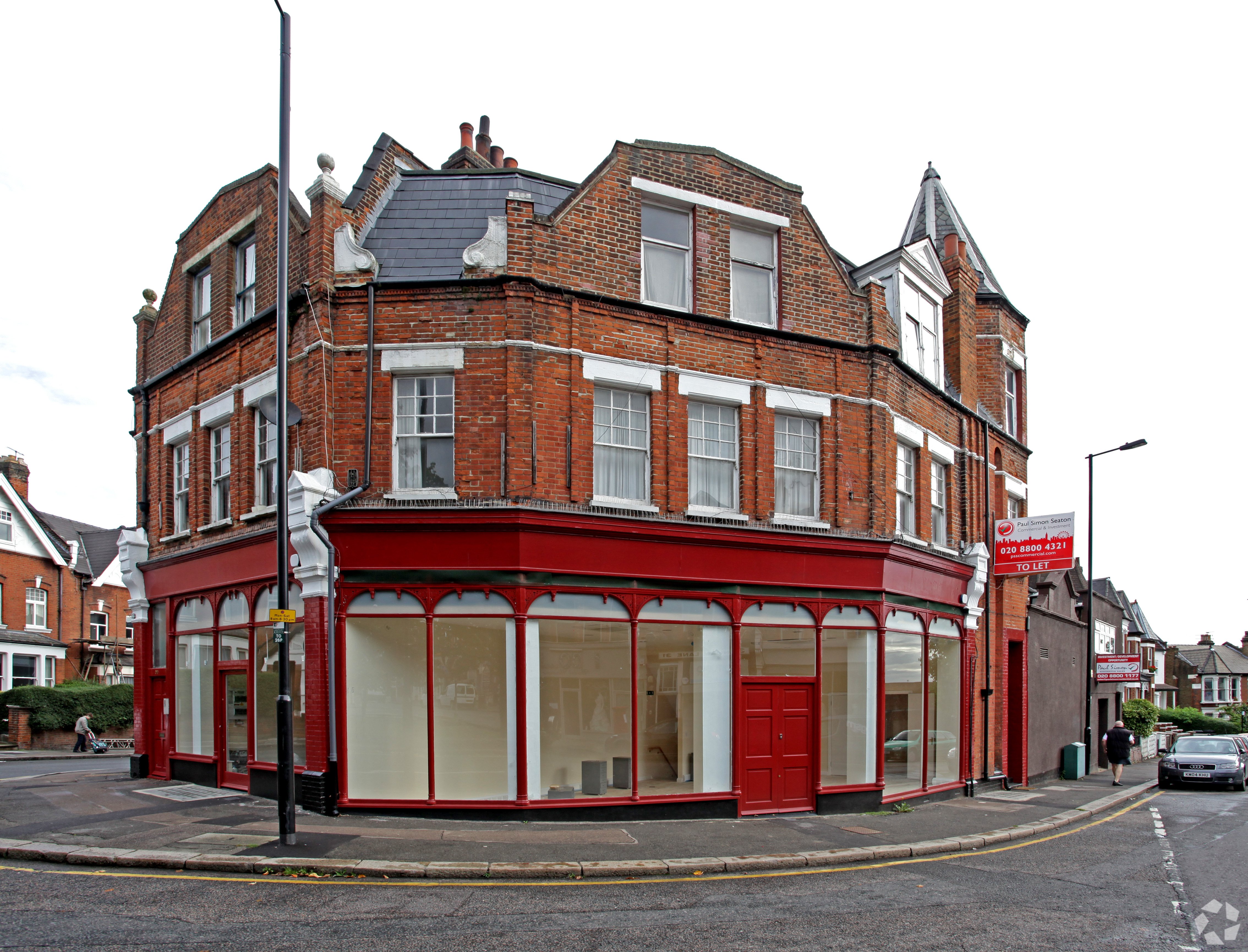 Travel and transport in Crouch End

Crouch End’s main transport network is the bus networkCrouch End is connected to nearby areas with the 41, 91, W3, W5 and W7 services. The 91 takes you to Trafalgar Square and the W7 travels to Finsbury Park. From there you can get on to the Piccadilly and Victoria lines.

Crouch End is served by nearby railway stationsWhile there are no railway stations in Crouch End, the Crouch Hill Overground towards Barking is just over a mile away. Hornsey Station is to the north and Harringay station is a mile to the east, with trains to King’s Cross that take half an hour.

There are four London Underground stations close byCrouch End isn’t connected by the tube network, but Highgate, Archway, Turnpike Lane and Finsbury Park stations aren’t too far away. Most of them can be reached in under a 30-minute walk.

There is a fantastic route for cyclistsThe Parkland Walk is located in the south of Crouch End and is a shared-use path for cyclists and pedestrians. It links the neighbourhood to Highgate and ends in Finsbury Park. If you’re an avid cycler, you can also reach Central London in 40 minutes. This isn’t from sole use of the Parkland Walk, though.

You can reach Heathrow Airport in 40 minutesHeathrow Airport is a 40-minute drive away, or you can catch the 41 to Turnpike Lane Station and then take the Piccadilly Line to Hatton Cross Station. Gatwick can also be reached in just over an hour on public transport, by taking the W3 to Finsbury Park, the tube to Victoria Station and then the Southern railway service. London City Airport and London Stanstead Airport are both approximately a 40-minute drive away too.

Offices to rent in Crouch End

The best bites in Crouch End

Fantastic places to grab a coffee in Crouch End

Find more places to get your caffeine fix here. 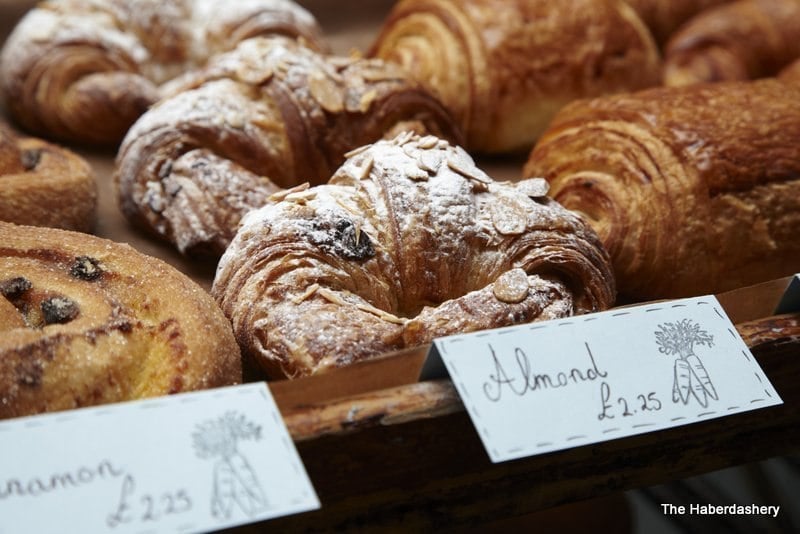 Crouch End has all the facilities you need

There are several gyms in Crouch End that fitness enthusiasts can enjoy. These include:

Banks and Post Offices in Covent GardenIn the centre of Crouch End, you can find many of the high street banks. These include:

Lloyds, HSBC and Santander can be found in nearby Muswell Hill too.

There is one post office in Crouch End located on Topsfield Road near Halifax.

Crouch End has lots to of places to pick up groceries and get your retail fixYou can have your choice of supermarkets, with many of the big-name brands being a stone’s throw from the clock tower. These include:

You can also find a Sainsbury’s to the north in Hornsey.

Crouch End is an independent shopping hub, with countless vintage boutiques to browse. There are also craft shops, gift stores and bookshops to meander. If you’re more partial to high-street chains, you can head to the large shopping centres at Westfield Stratford and Brent Cross. There, you can find all your favourite fashion brands, sportswear stores, jewellers and more.

Realla has lots of properties to rent in Crouch End – here are a few: 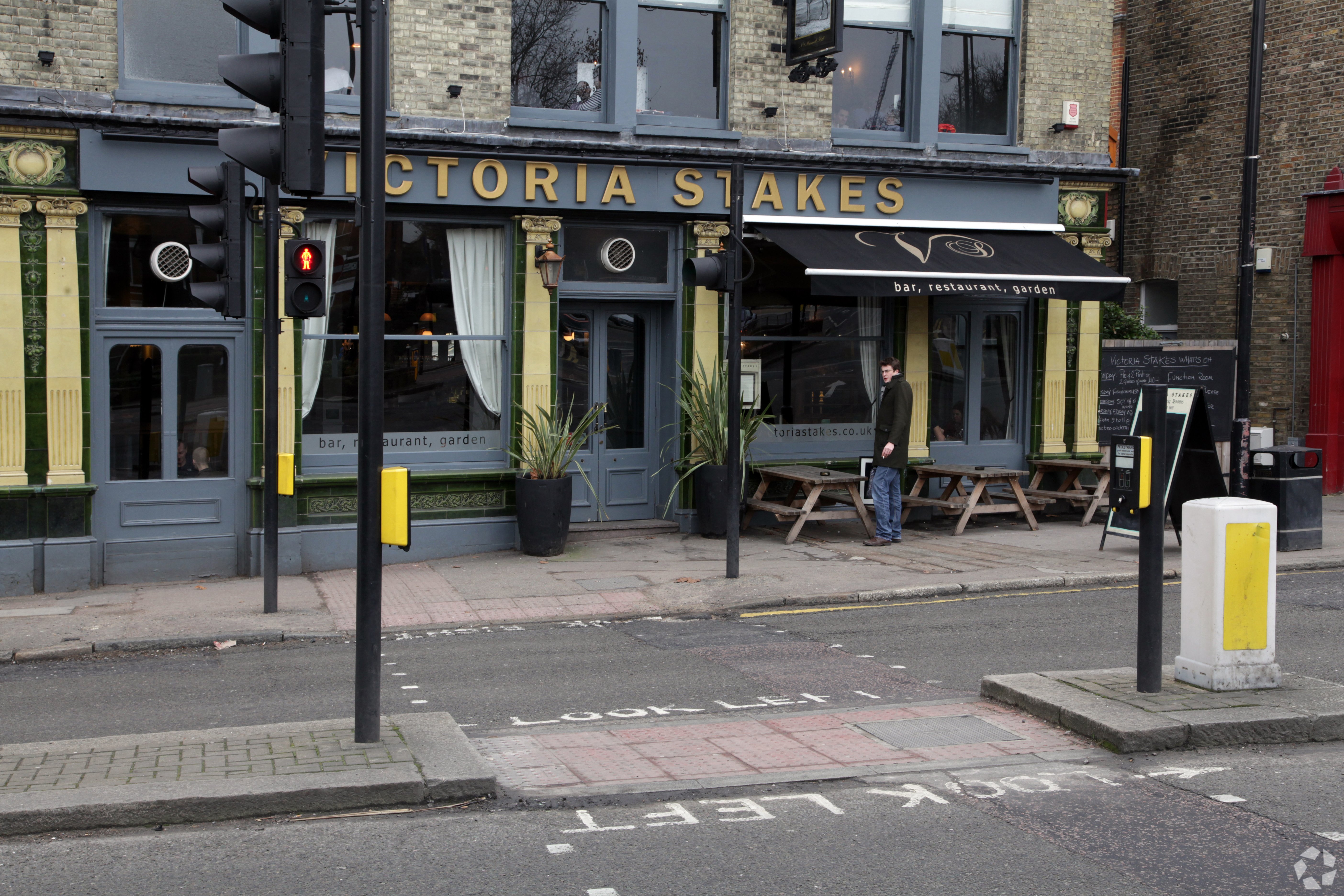 Offices to let in Crouch End

Shops to let in Crouch End 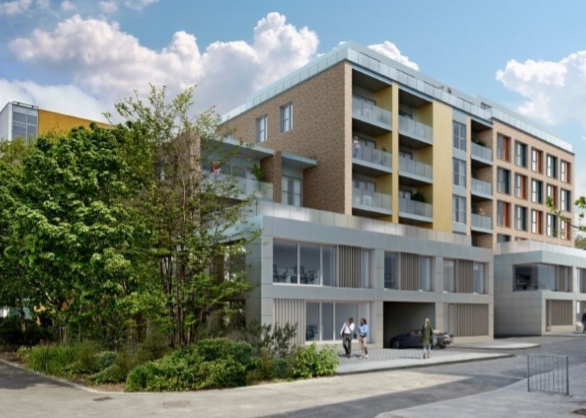 Crouch End is reportedly home to its fair share of celebrities, including actors James McAvoy, Tamzin Outhwaite, and Simon Pegg, as well as comedians Alan Carr and Katherine Ryan.

Bob Dylan used to visit Crouch End to record at The Church Studios on Crouch Hill. Rumour has it that he also dined at Banners.

The clock tower was erected in memory of Henry Reader Williams, a local politician that worked hard to preserve Crouch End’s character and save Highgate Wood from development.

Commercial properties to rent in Hornsey

Commercial properties to rent in Harringay

Commercial properties to rent in Southgate

Commercial properties to rent in Finsbury