Holland Park is a neighbourhood of London in transport zone two, located between Kensington and Notting Hill. It gets its name from the area’s central green space Holland Park, which spans for more than 54 acres. Holland Park is also the largest area of green space in the borough of Kensington & Chelsea. Residents can stroll around the gardens, including the carefully landscaped Kyoto Garden, or take part in the many activities, like tennis and park runs, that are regularly organised there.

The great Holland House was built by diplomat Sir Walter Cope in 1605. It was bombed in 1940, though the parts that remain now form the backdrop to the popular outdoor Opera Holland Park. As well as the main house, many of the buildings in Holland Park are exceedingly grand and some of the most beautiful residences in West London can be found there.

Many foreign embassies, including Greece, Ukraine and Cameroon, have chosen to base themselves just off Holland Park Avenue, likely due to the stunning white brick buildings that line the streets. Lots of famous faces also have properties close to Holland Park Avenue, including Simon Cowell, Elton John and fashion designer Stefano Gabbana, earning it the nickname ‘Millionaire’s Row’.

Holland Park is an exciting place to base your business, as it’s just half an hour from central London by tube and you’ll be close to many of London’s wealthiest neighbourhoods. Here’s our guide to Holland Park, including everything you need to know about living and working there. 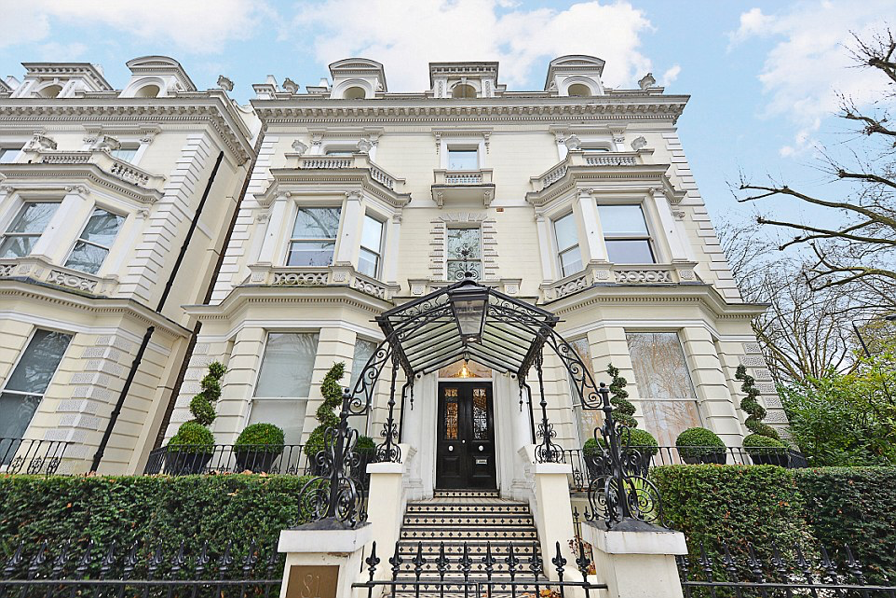 Travel and transport in Holland Park

Heathrow and London City Airport are the closest airports to Holland ParkIf you’re jetting off internationally, Heathrow Airport is the closest large airport to Holland Park. It’s around a 30 minute car journey or roughly 50 minutes via public transport. For short haul or domestic flights, London City Airport is roughly an hour’s drive east or 50 minutes via the bus and tube.

Holland Park is well connected by roadWestway Road and the A3220 border Holland Park, which make it easy to get around. The A3220 crosses the Thames at Battersea, connecting Holland Park with South London and beyond. Meanwhile, Westway Road can take you west towards Acton or east towards central areas like Paddington.

Offices to rent in Holland Park 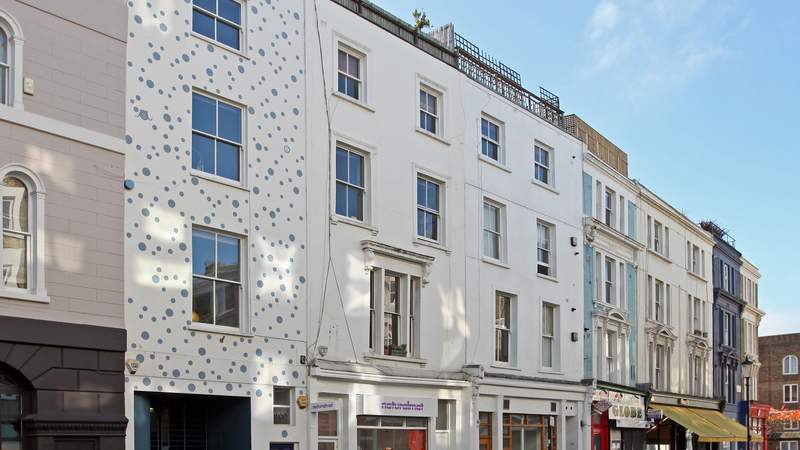 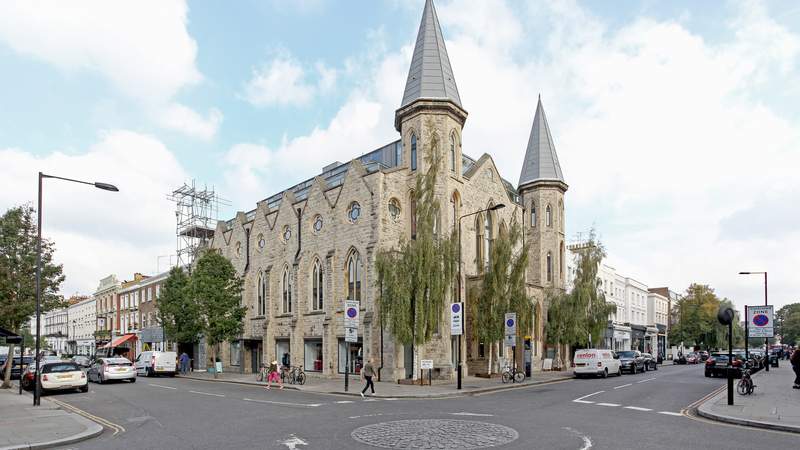 Where can I find good coffee in Holland Park?

Discover more lovely places to get your caffeine fix here.

There are lots of facilities in Holland Park

There are more than 13 gyms in Holland Park, including:

Where are the banks and Post Offices in Holland Park?There are more than 14 banks in the Holland Park area. You’ll find:

If you need to post something, you’ll be able to do so at Kensington Post Office. It’s located just off Kensington High Street, to the south of Holland Park’s green space.

There are plenty of places to buy groceries in Holland Park. The area is an upmarket one, and this is reflected in the grocery stores that have established themselves here. You’ll find:

Most of the shops in Holland Park can be found along Holland Park Avenue, an upmarket street that’s lined on one side with a number of international embassy buildings. Opposite them, you’ll find high-end butchers, delicatessens packed with luxurious treats and furniture stores to browse.

If you’re in the mood for a spot of high street shopping, brands including Urban Outfitters, M&S, Oliver Bonas and Waterstones can be found just 20 minutes’ walk away on Kensington High Street. Westfield White City, one of London’s largest shopping centre, also lies just across the A3220 road from Holland Park. There, you’ll find hundreds of high street brands. 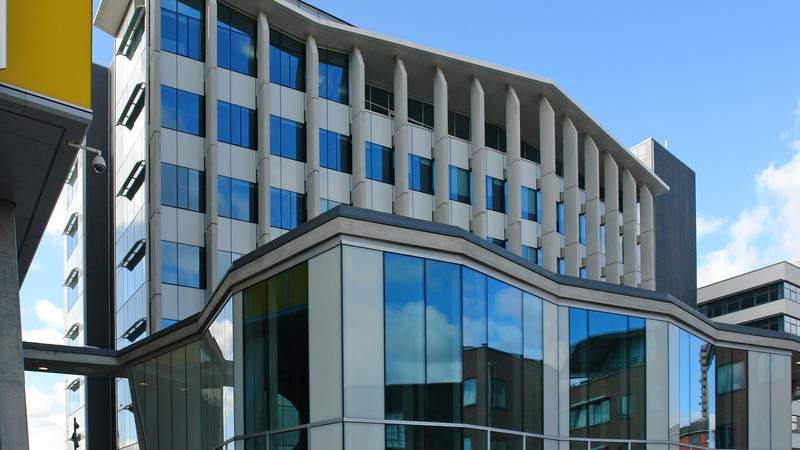 Realla has plenty of properties to rent in the Holland Park area – here’s our picks:

Offices to let in Holland Park

Shops to let in Holland Park

Here are a few of the businesses based in Holland Park 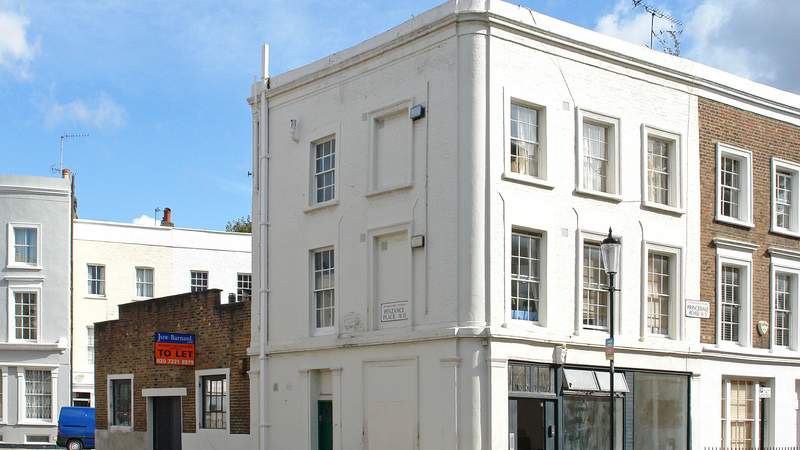 The deepest point on the Central Line of London’s Underground network is located between Holland Park Station and Notting Hill Gate.

Holland House was the site of the first ever English-grown Dahlias. Lady Holland of the manor planted them in her gardens in the late 19th century.

Despite the area’s now affluent reputation, Holland Park Avenue was once a dangerous route through London that was plagued by robbers, making it an area many avoided.

Holland Park’s pretty green space used to be home to Emus, peacocks and cranes. Now, though, you can explore the Ecology Centre to learn more about the local wildlife that still call the park home.

The Kyoto Garden at Holland Park was constructed in 1991 as a symbol of the strong relationship between Japan and Great Britain.

Holland Park is where Absolutely Fabulous’ Edina Monsoon lived in the popular sitcom.

Commercial properties to rent in Kensington

Commercial properties to rent in Bayswater 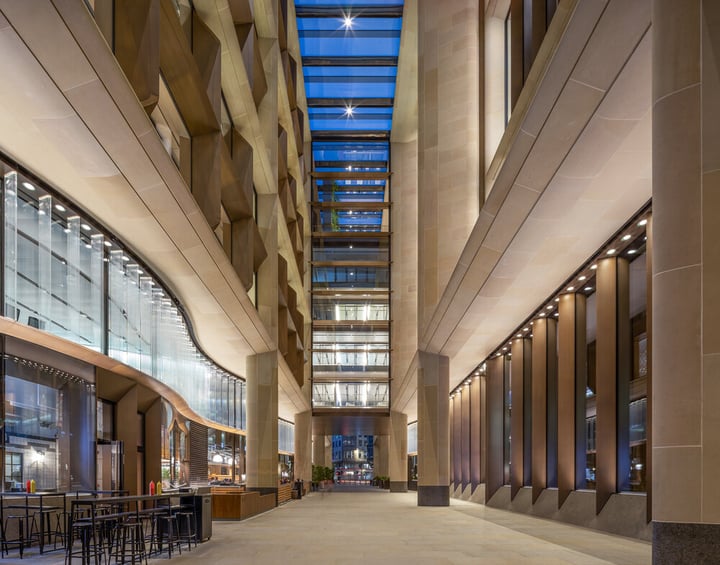