Marylebone is sandwiched between Mayfair and Regent’s Park. It’s a beautiful part of London, with grand Victorian and Georgian properties, leafy squares and easy access to the picturesque Regent’s Park. Businesses based in the area enjoy the best of both worlds – a well-connected central location and a calm atmosphere.

Few areas in Central London can match Marylebone’s community spirit. It may border bustling Oxford Street, but it has a distinct village-like feel with boutique shops, independent cafes and cosy wine bars. Most of the action happens along the high street (Thayer St), with the likes of The Ivy, The Conran and a weekly farmers’ market situated in the neighbourhood.

Marylebone has long since enjoyed an esteemed reputation. The land has been passed down through generations, and a large proportion of the area is still owned by two landowners: the Portland and Howard de Walden families. It has links to literature, notably as the stomping ground of Sherlock Holmes and the home of writer Charles Dickens. Infamous Madame Tussauds keeps a steady flow of visitors heading to the area, while the Wigmore Hall concert venue attracts a cultured crowd.

Lots of people also visit Marylebone’s famous Harley Street for its excellent private healthcare facilities, and to call in to the Royal Institute of British Architects’ (RIBA) headquarters at 66 Portland Street.

Discover why Marylebone endures as a popular place to base a business in this commercial property area guide. 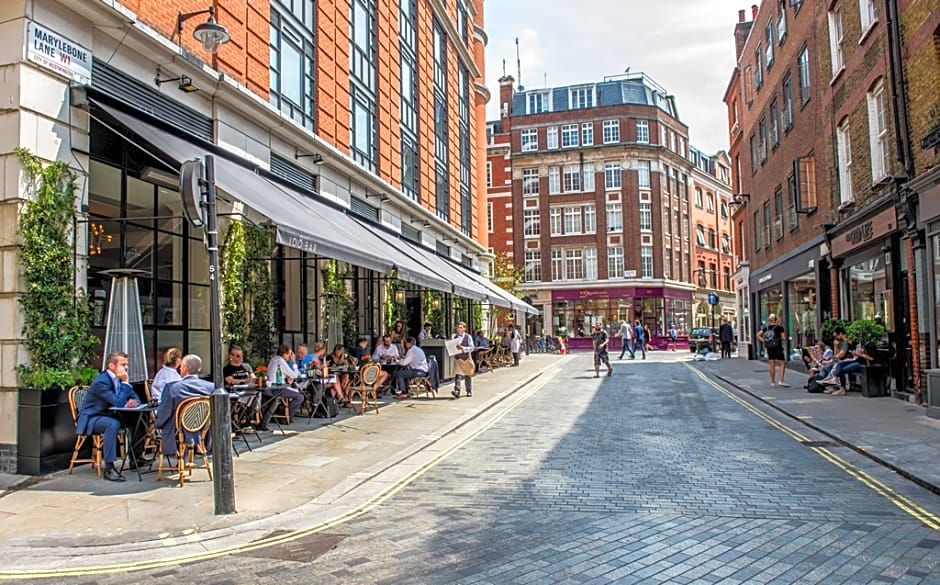 Marylebone has two underground stationsMarylebone station is on the Bakerloo line, offering fast links to Piccadilly Circus, Paddington, Wembley and more. The other station, Baker Street, is just around the corner from both Madame Tussauds and the Sherlock Holmes Museum. It provides access to the Bakerloo, Circle and Hammersmith & City, Jubilee and Metropolitan line, making it easy to get across London.

There’s also a rail station at MaryleboneThe station serves Chiltern Railways and has links to High Wycombe, Bicester, Oxford, Leamington Spa, Warwick, Birmingham, Stratford-upon-Avon and more. These links make Marylebone attractive to businesses with employees and clients based in the Midlands.

Marylebone has plenty of bus services If you need to hop across the area or travel further afield, the bus can be a good option. There are six services passing through Marylebone every few minutes. Final destinations include Euston, Chalk Farm, Trafalgar Square and more.

London City Airport is just 45 minutes awayThe Central line and DLR will connect you to London City Airport in less than an hour. From here, you can reach a number of European destinations. And when you need to travel further afield, Heathrow Airport is less than an hour away, thanks to the Piccadilly Line. From here, you’ll find connections across the world to major cities including Dubai, New York, Beijing and more.

Offices to rent in Marylebone 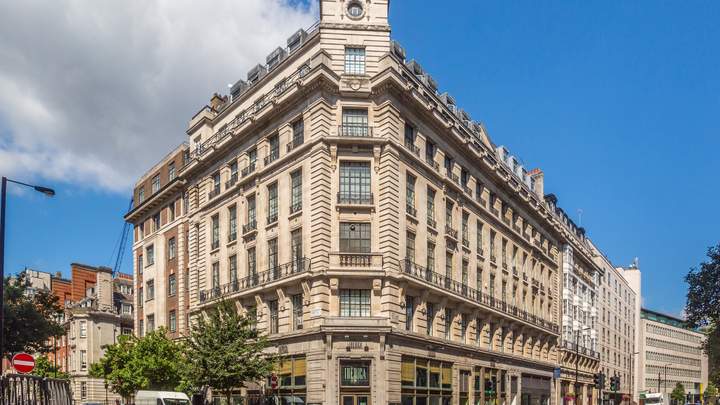 Retail units to rent in Marylebone 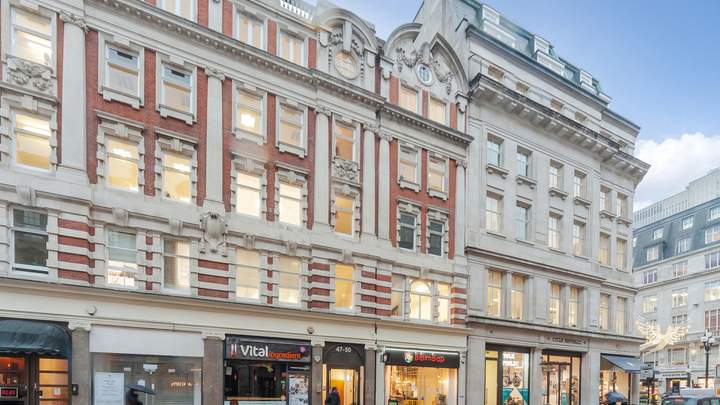 Where can I go for a meal in Marylebone?

Where are the best coffee shops in Marylebone? 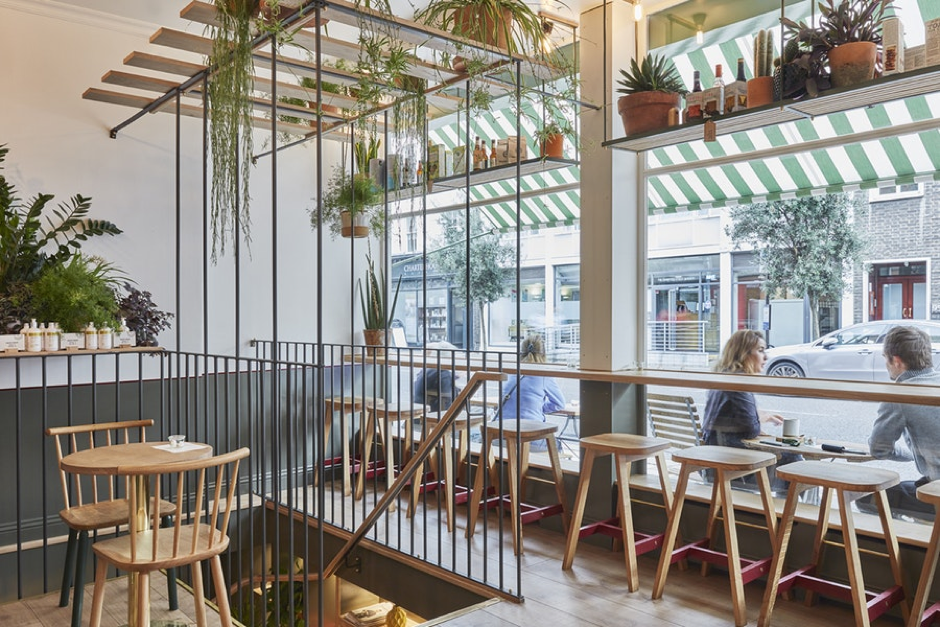 Businesses will find lots of handy facilities in Marylebone

There are more than 15 gyms and fitness classes in the area, including:

If you need a Post Office, you’ll find a branch along the high street (Thayer St).

Where are the convenience shops in Marylebone?There are more than 15 supermarkets and local stores in the area, including:

Marylebone itself has a boutique shopping scene with independent retailers and high-end stores. You’ll find them along the high street and dotted about some of the other popular roads.

For more of a spree, you can head to Oxford Street. It borders Marylebone, so is only a short walk from most addresses in the area. Here you’ll find the flagship stores of UK high street brands, alongside stores from international retailers and major department stores like Selfridges. If you’re looking to open a retail business, Marylebone’s proximity to Oxford Street makes it an excellent location with high footfall.

Retail properties to let in Marylebone 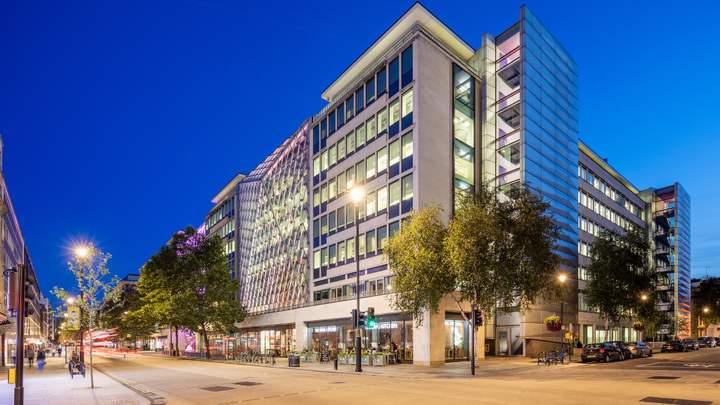 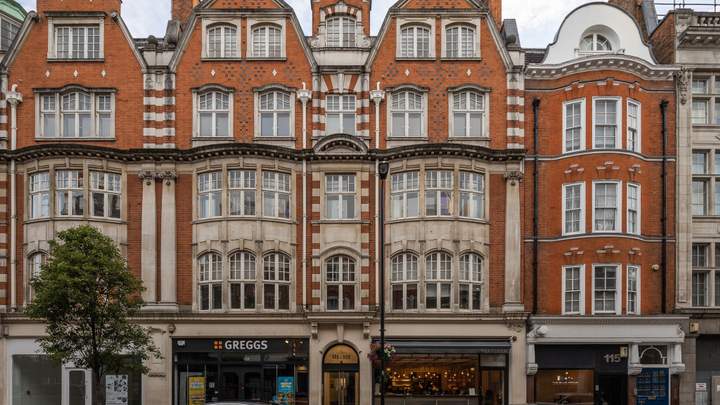 Commercial properties to let in Marylebone

Offices to let in Marylebone

Shops to let in Marylebone

Industrial units to let in Marylebone

Meet the neighbours – here are a few businesses based in Marylebone

Each year, over 450 concerts are played at Wigmore Hall.

There are four Michelin star restaurants in the area, with a further two in neighbouring Regent’s Park.

You’ll find more than 300 wax figures at Madame Tussauds. The largest is The Incredible Hulk at 4.5 metres high, while the smallest is Tinker Bell, just 5.5 inches tall.

Commercial properties to rent in Mayfair 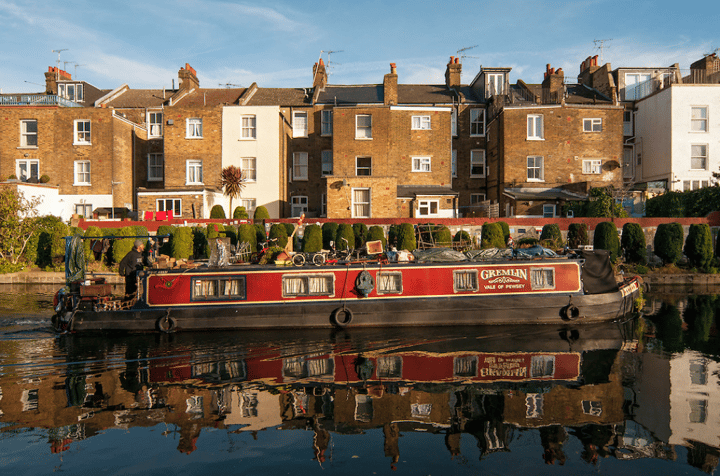 Maida Vale is an upmarket area of London in transport zone two that’s part of the City of Westminster. It’s just north of Paddington, above Westway Road and is home to plenty of green space, as well as a scenic stretch of Regent’s Canal. Many of the buildings in Maida Vale are from the late Victorian and Edwardian period, giving the area plenty of charming character. 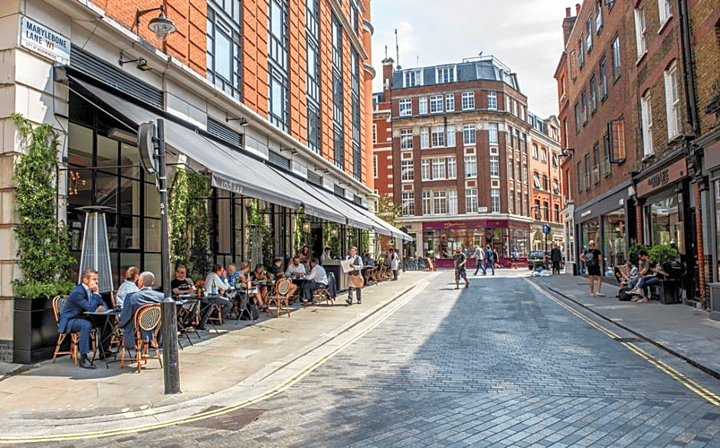 Marylebone is sandwiched between Mayfair and Regent’s Park. It’s a beautiful part of London, with grand Victorian and Georgian properties, leafy squares and easy access to the picturesque Regent’s Park. Businesses based in the area enjoy the best of both worlds – a well-connected central location and a calm atmosphere.