Find your next industrial property to rent in Manchester

Find your next industrial property to rent in Manchester

Demand for industrial space in the UK is booming. Driven by ongoing supply chain disruption, surging sales in online commerce and the growth of delivery platforms such as Getir, businesses are finding that space is coming a greater premium than before. And while the capital will always be one of the most attractive places to do business, the price per square metre of space in London is pushing many businesses out in search of better pricing.

To that end, Greater Manchester offers an ideal combination of both affordability and excellent connections to the rest of country. Emerging from decades of de-industrialisation, Greater Manchester is today one of the most devolved city regions in England, with a local GDP of over £84 million – one of the largest in the UK.

From world-beating football clubs to a globally recognised music scene, one of the most widely regarded universities in the world and the home to some of the UKs largest media companies, Manchester and its outer boroughs are some of the most sought-after places in the UK when it comes to living and working.

Where once the region lost much of its business and talent to the capital, today Manchester stands as an attractive destination for both locals and those looking for a bustling, cosmopolitan city region. To match the fast growth of the city, efforts have been made to expand the area’s industrial and commercial property stock, making it a highly attractive place to do business. 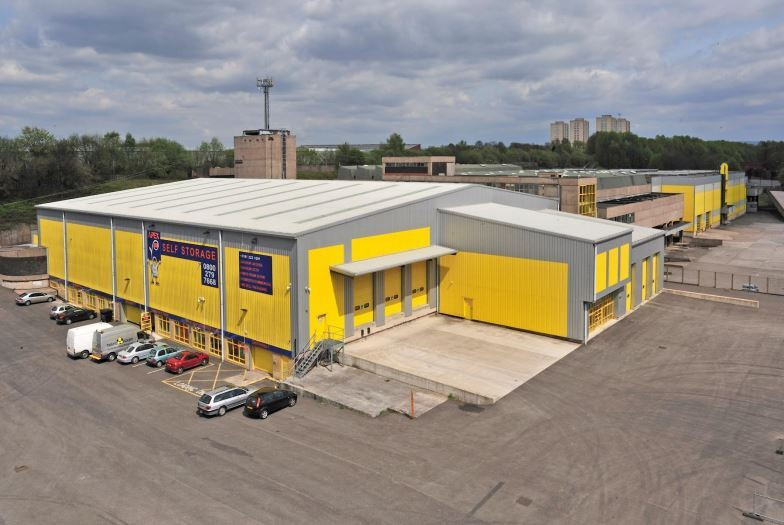 Industrial space in and around Manchester

As part of Manchester’s full-scale regeneration, the city has become one of the most densely populated cities outside of London. While much of this has resulted in increased office and accommodation space, there have equally been plenty of new industrial developments, typically in the outskirts of the city.

Trafford Park, to the west of the city, is Europe’s largest and oldest industrial park, with over 9 million square feet of space. The park is home to over 1,330 businesses and employs over 35,000 employees, making it clearly one of the most vital industrial parks in the country. It is very well connected by Metrolink stops and rail stations, and it is located on the banks of the newly regenerated Manchester Ship Canal.

To the north of the city, Stakehill Industrial Park can be found between Oldham and Rochdale and comprises 80 hectares of industrial space. Nearby Satellite Park is another popular estate in the area, and there are several industrial estates in the northwest of the region too, in locations such as Bury, Bolton, Wigan, Leigh and Prestwich.

Owing to the city’s rich and considerable industrial heritage, Manchester and its nearby towns are well connected by roads and motorways. There are several major motorways that connect Manchester to nearby cities, with other towns and cities in the North West also extremely well served by the road network.

The Manchester Metrolink is the most extensive light rail/tram network in the UK, with expansions to the network continuously underway. The network runs from its northern most point in Rochdale to Manchester airport in the south and Ashton-Under-Lyne in the east, comprising 99 different stations in total.

Smaller stations in the city include Salford Central, Manchester Oxford Road and Manchester Liverpool Road. Many stations on the outskirts of the city are close to some of the area’s best industrial parks, making these areas perfect for your next industrial space.

As is to be expected of any major city, Manchester is well served by a bus network that runs across the centre and into many of the suburban areas. In conjunction with the tram network, there is extensive coverage of the Manchester city region for inter-urban transportation, meaning there is no issue with ease and regularity of transport.

There are plans to integrate the different legs of transport in the Greater Manchester area, making transportation via buses, trams, rail and buses significantly more seamless.

The city has a wide array of budget, mid-priced and premium hotel experiences. For budget hotels, travellers could consider staying at the well-known options, including Travelodge, Travel Inn or Ibis Budget. In addition, Britannia Hotel, The B’Hive Inn and Hendham House Hotel are all good options for a short stay.

For a mid-priced stay, Ibis Styles Portland Street, Motel One Piccadilly and Hampton Northern Quarter are all good options. But for a premium, top-end experience, Kimpton Clocktower, Hotel Gotham and the historic Midland Hotel will certainly deliver.

In addition to some excellent industrial properties in the region, Manchester has some of the most recognisable retail spaces in England. The famous Arndale Centre is a large retailing hub in the centre of the city, bringing 200 stylish stores. Directly connected to the tram network, the trendy Trafford Centre is an architecturally striking, premium shopping location. Boasting incredible interior decoration and Europe’s largest food court, the Trafford Centre has plenty of shopping locations, excellent food offerings and events on top.

The hip Northern Quarter is a hub of independent businesses and bars, while the stellar Bury Markets are a surprisingly popular tourist destination.

Manchester’s foody scene has taken off in recent years. From cultural bites in the Northern Quarter to plush, luxury dishes with a view, Manchester’s restaurants can offer the full range. For a taste of international cuisine, Tast brings the best of Catalonian cuisine to the city, while Yard and Coop in the Northern Quarter and Cottonopolis are two award-winning restaurants. The sole Michelin-winning restaurant in the city is Mana, which can be found in the extremely popular Ancoats neighbourhood.

Manchester’s music scene is one of the most globally celebrated communities in the world, producing renowned musicians and bands, with a number of cult venues still supporting new and upcoming acts. The Manchester Arena is a 21,000-seat music venue in the heart of the city, while the under-construction Co:op arena will be the largest music venue in the country.

The city is also home to two of the world’s richest and most successful football clubs, Manchester City and Manchester United. Entertainment is around every corner in this busy city.

The future of industrial space in Manchester

Demand for industrial space in the UK is increasing rapidly, and with locations in and around London often pricing out many tenants, dense cities such as Manchester have become beacons of industrial activity outside of the South East.

While planning restrictions in the UK typically slow down the speed at which new industrial properties can be built, the quickly growing population of Greater Manchester has necessitated new land acquisition and property development in and around the city, meaning new industrial and commercial space is earmarked for development. In a quickly growing and thriving city, keep up to date with the latest industrial news with Realla.

For the best guidance on how to go about finding and leasing your next industrial space in Manchester, consult Realla’s guide on renting industrial properties.