The North of England is the area between the Scottish border and the River Trent. The single cultural area comprises three regions: the North West, Yorkshire and Humber and the North East.

In all Northern regions there are vast areas of urbanisation, including Greater Manchester, Tyne and Wear, Merseyside, and South and West Yorkshire. As well as picturesque countryside landscapes, including the Northumberland, Lake District and the Yorkshire Dales National Parks.

There are many prestigious universities in North England. The University of Durham was the first, being founded in 1832. Leading research universities are now found in all major cities.

There’s more to the North than iconic bands, friendly people and cheaper house prices. North England had a strong export-based economy, with the North East being England’s only region to export more than it imports. Manchester and Leeds are two major hubs for corporate services and financial services. The Co-operative Group, which is based in Manchester, has the highest revenue of any North West firm. Also, in an attempt to lessen media centralisation in London, ITV and the BBC relocated to MediaCityUK in Salford, Greater Manchester.

North England is home to around 15 million people. The most populous region is the North West with 7.3 million, followed by Yorkshire with 5.4 million and then the North East with 2.4 million. 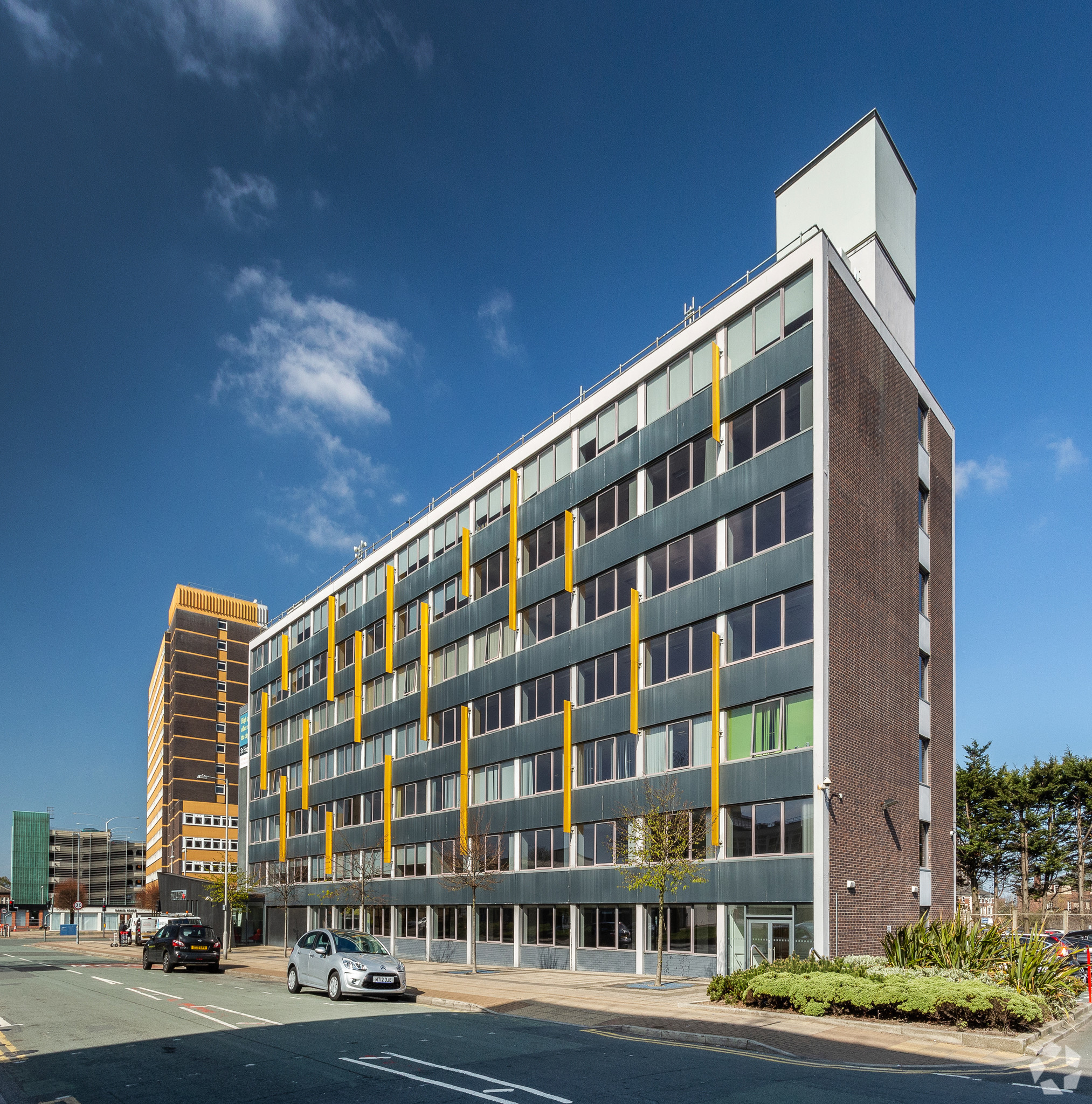 The North West is the most populous region in North England

The population of Cheshire is approximately 1.1 million, and the residents have an average age of 42. Since 2002, this is estimated to have grown by almost 70,000. The county has a population density of 450 per square kilometre, and an average of 2.34 residents per household.

Cumbria has a population of around 498,000, and this has seen a small increase by 2% since 2002. Its residents have an average age of 44.2. The county has a much lower population density than Cheshire, at around 74 residents per square kilometre. This is because, despite being the third largest English county by area, Cumbria is one of the most rural with the spectacular Lake District National Park dominating the county. There is an average of 2.25 residents per household in Cumbria.

Greater Manchester is home to approximately 2.8 million people, making it the second-most populous urban area in the UK after Greater London. The population is high due to the county encompassing one of the UK’s largest metropolitan areas and including 10 metropolitan boroughs, two of these being the popular cities of Manchester and Salford. The average age in Greater Manchester is 38.2. This is lower than Cumbria and Cheshire due to Manchester having a large under-30s population, and the county having four universities – one of the largest student populations in the UK. The city of Manchester itself is known as the capital of the North. It has a population of around 545,500, making it the 5th most populous English district.

Lancashire has an estimated population of 1.5 million and an average age of 41. The county was a major industrial region in the Industrial Revolution. The seaside resort, Blackpool, is the most populous cities in Lancashire, followed by Blackburn and Preston. Blackpool has a higher percentage of over 65s (24.2%) compared to the national average of 18.2%. This is because of the popularity of seaside towns with retirees. There’s an average of 2.36 people per household in Lancashire and the population density is 485 per square kilometre. This is slightly higher than Cheshire’s, but much lower than Greater Manchester’s figure of 2,200.

Merseyside has around 1.4 million residents, with an average age of 40.5. Included in this county is the city of Liverpool, with an estimated population of 491,500. In Merseyside there is an average of 2.29 people living in each household, and it has the same population density as Greater Manchester.

North Yorkshire is the largest ceremonial county in England

South Yorkshire has a population of around 1.4 million. It comprises four metropolitan boroughs, Doncaster, Rotherham, Barnsley and also its largest settlement - the city of Sheffield. Residents in South Yorkshire have an average age of 39.7, and 2.38 people per household. Sheffield is predominantly an under-30s population, partly due to its large student population.

There are approximately 599,000 people living in East Riding of Yorkshire, with an average age of 41.8 years. There are around 2.31 residents per household.

Newcastle is the most populous city in the North East

Tyne and Wear is home to around 1.1 million people, and it consists of five metropolitan boroughs. Included in this are the two cities Newcastle upon Tyne and Sunderland, and South Tyneside, North Tyneside and Gateshead. Newcastle is the most populous city in the North East, with around 300,196 people living there. This is significantly lower than the populations of Leeds and Manchester. In Tyne and Wear the average age is 40.3, whilst there are 2.28 residents per household.

Northumberland is England’s most northern county and it has a population of 319,000. Primarily inhabited by the over-40s, the average age in the county is 44.4. In fact, it has the third highest average age in England and Wales, whereas Greater Manchester has the fifth lowest.

North England’s economy is below the UK’s average

Although the average salary in the UK for a full-time job in 2018 was £36,600, the majority of salaries in North England tend to be below this.

Similar to Yorkshire and the majority of the North West, none of the areas in the North East have an average income that meets the UK average.  Newcastle upon Tyne and Darlington come closest at £32,700 and £34,100 respectively.

The five areas with the highest incomes in the North of England are Darlington, Harrogate, Trafford, Manchester, and Copeland. 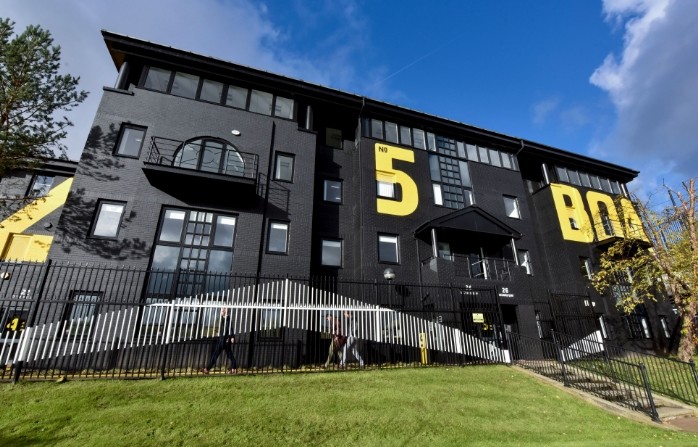 North England is connected by an extensive transport network

There are two main motorways connecting the North of England to the South- the M6 and the M1.

The M6 links many areas in the North West, connecting Cumbria, Lancaster, Preston, Warrington, Liverpool, and Manchester. It’s also the main western north-south motorway that connects the North West with the South. Whilst the M1 is the eastern equivalent and links Leeds to London. Yorkshire’s most prominent road is the A1, which is the primary route from Edinburgh to London. To the east is the A19, which runs from Doncaster to just above Newcastle. The M62 runs across the breadth of Yorkshire from Hull through to Greater Manchester and Merseyside.

You can catch the ferry in North England

Ferries in Liverpool sail to Dublin, Belfast and the Isle of Man. Whilst the Liverpool Cruise Terminal provides long distance transportation to France, Spain, Iceland and Norway. In North Shields you can take the ferry to Amsterdam and it runs twice a day.

See commercial properties to rent in your area.