Silicon Roundabout, or as it’s more officially known, East London Tech City, is the government initiative that’s become Europe’s answer to Silicon Valley in California. The region is brimming with a diverse range of high-tech companies forming a concentrated technology cluster. There’s everything from small start-up businesses striving for innovation, to some of the biggest companies in the world. For instance, Google, Facebook and Microsoft have all set up business there.

Due to the birth of hundreds of new tech companies and the vast number of people who work here, when you enter the area you can’t help but feel inspired. Silicon Roundabout boasts an overwhelming sense of entrepreneurship and community. In terms of the concentration of tech start-ups, it is thought only of being behind New York and San Francisco.

Silicon Roundabout encompasses the London areas of Old Street, Hoxton and Shoreditch, and the heart of the region lies between St Luke’s and Hackney Road.

Two of the main postcodes in Silicon Roundabout are EC1V and EC2A. There are 3,228 tech firms per square kilometre in the EC1V post code, and 1,580 in the EC2A post code.

The area is near the following major landmarks:

The original companies in Silicon Roundabout were established in the 1990s. But it was a decade later when the area developed into a tech cluster that would rival the world’s biggest.

Its profile rose significantly in November 2010 when the Prime Minister David Cameron revealed the Government’s ambitious plans to transform the East End into a world leading tech hub. This involved enhancing and expanding the existing facilities and getting support and infrastructure from industry leaders like Facebook and Vodafone.

Around £15 million in government funding went towards the area’s technological uprising. The number of tech firms in the region tripled in just 12 months of the initiative’s launch to reach almost 600.

2011 also saw Google’s announcement that it had acquired a large building near the roundabout. In March the following year, Google Campus London opened.

Since 2010, $5.2 billion of venture capital funding has been raised by London-based tech companies. 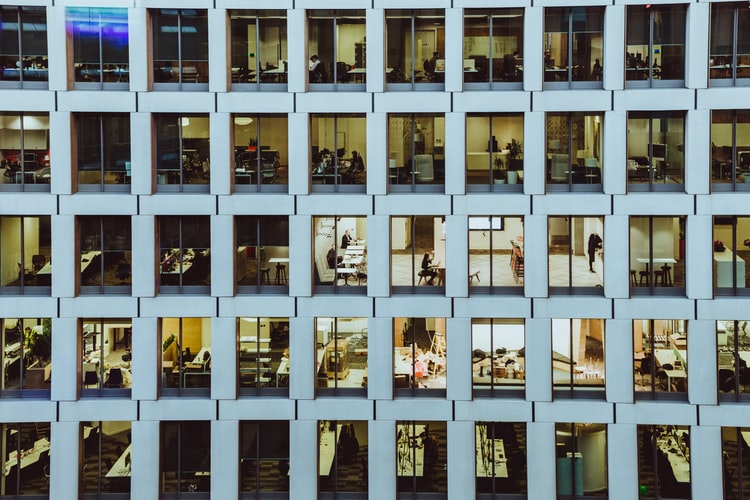 Who lives in Silicon Roundabout?

Many of the properties in Silicon Roundabout have already been occupied by tech companies, therefore it isn’t primarily a residential area. Numerous areas can be referred to as being part of Silicon Roundabout, so it’s difficult to get clear cut statistics for this region.

However, to gain more of an insight into some of the people who live within the famous tech cluster, we can look at the demographics of Islington which is home to St. Luke’s and Old Street.

Only 9% of Islington’s population consists of people aged 65 and over, which demonstrates how the borough has a relatively young population.

What is the local economy of Silicon Roundabout like?

Silicon Roundabout has made Britain one of the most powerful technology hubs in the world. In some measures, for instance the number of start-ups per capita, Britain even surpasses the US.

In 2017, London raised more than double what any other city in Europe raised to fund digital companies. In the four years between 2012 and 2016, the total investment in Britain reached £28 billion. This figure is the same as what our three biggest European rivals (Germany, France and the Netherlands) raised combined.

The closest station to Silicone Roundabout is Old Street which is a National Rail and London Underground station. You can reach it on the tube on the Bank branch of the Northern Line, sitting between Moorgate and Angel stations. The station became so popular, in 2014, Transport for London launched a pop-up retail space there.

The atmosphere in Silicon Roundabout is one fuelled by entrepreneurship, which is hard to find elsewhere in the city in such high concentration. As well as there being an abundance of tech companies, there are also many bars and restaurants that are often filled with conversations of people’s latest discoveries and innovations.

Also due to the great transport links, an office in Silicon Roundabout shouldn’t be difficult for clients to get to.

Here’s a breakdown of what to expect in the three main areas of Silicon Roundabout.

Hoxton has a long reputation of being one of London’s most creative districts. There is a diverse range of bars and eateries, from trendy restaurants to more traditional pubs that retain their East End charm.

We currently have over 700 commercial properties and 32 agents listed in Hoxton. There are 105 offices and 24 serviced offices to rent, and £47 PSF is the average asking price.

If you would rather buy one of the 14 commercial properties for sale, this will cost £2,094,958 on average. 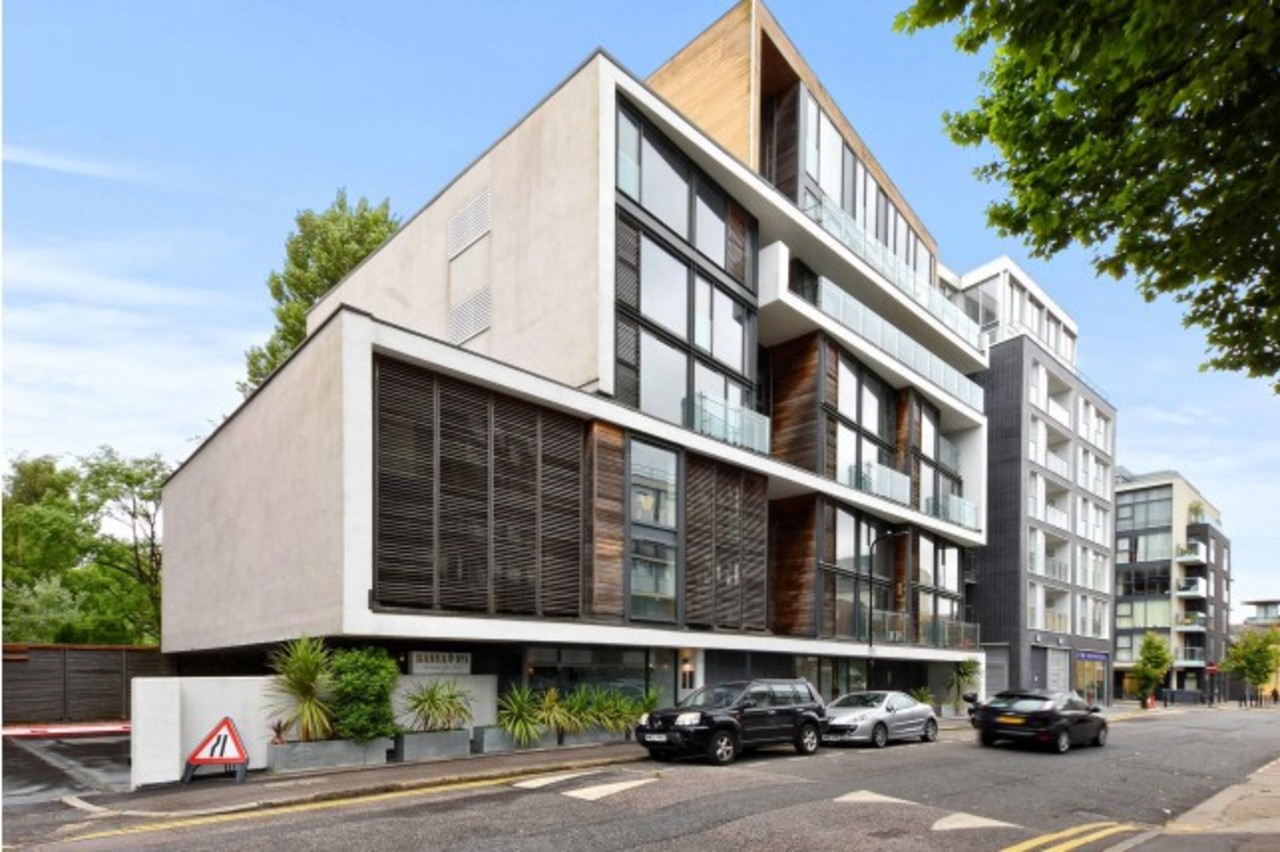 Also a creative hub, Shoreditch is packed with world street food outlets and indie shops. There’s always something going on in this bustling corner of East London. There’s an urban feel to the area, with many walls being plastered with graffiti, but for many, the grittiness is its appeal. Brick Lane is one of Shoreditch’s main attractions.

Realla is currently listing 424 offices, 101 serviced offices, 14 leisure units and 67 retail units to rent in Shoreditch. Renting an office will set you back an average of £51 PSF, whilst it’s £41 PSF for leisure and £54 PSF for retail. 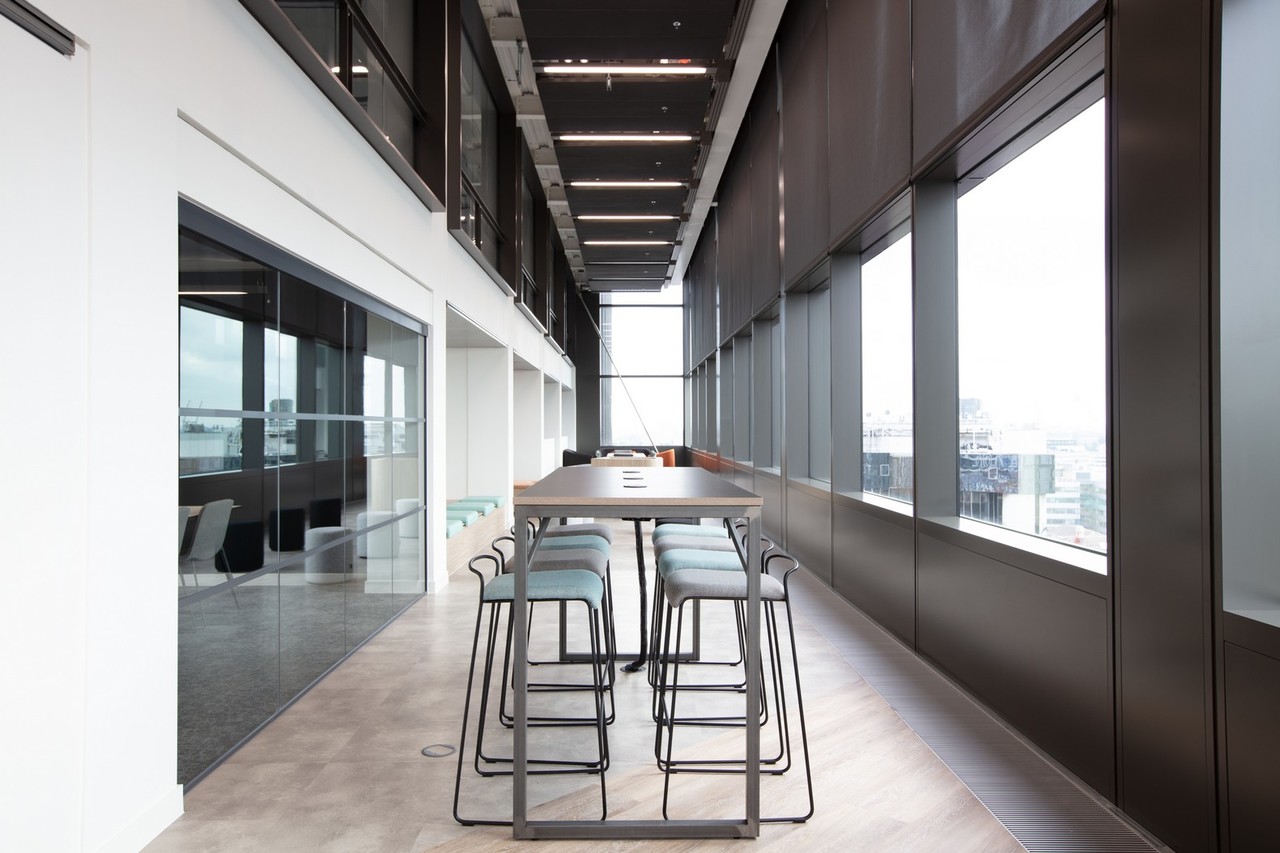 This neighbourhood and former civil parish is located in Islington. It has quirky bars and lots of restaurants to choose from, so there’s plenty of places to take clients.

At the moment in St. Luke’s we are listing 1,000 commercial properties and 70 agents. We have 312 offices, 73 serviced offices and 19 retail units to rent. For an office, the average amount this will cost is £47 PSF. 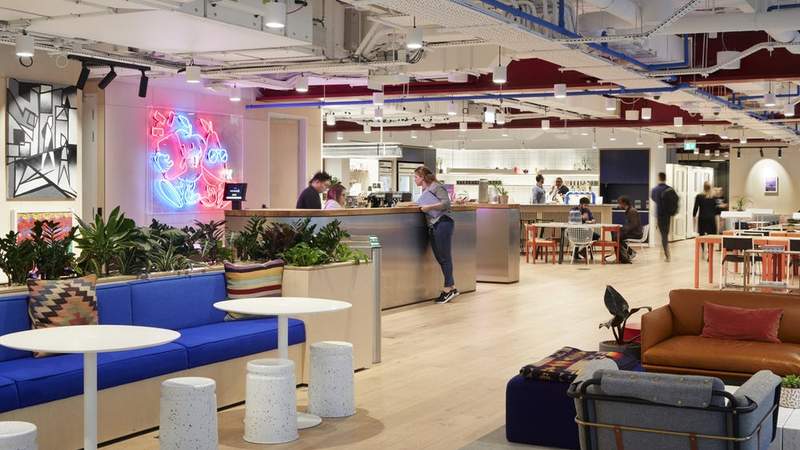