Offices to let in Belgravia

Belgravia is one of London’s most desirable areas. This centrally-located destination is home to exclusive retail brands, upmarket boutiques, world-famous eateries and the finest hotels; as such, it’s where you’ll find some of the capital’s wealthiest residents. Located between Chelsea, Knightsbridge and Westminster, Belgravia’s central location means it’s a great place if you’re looking to be close to central districts.

However, Belgravia hasn’t always been so glamorous. It was once called ‘Five Fields’ and was a dangerous marshland where you’d have to brave robbers just to get across. Now, it’s one of the most exclusive places to live and work. But there’s more to the area than its prestigious reputation. Belgravia has excellent transport links, both within the capital and to the rest of the UK, so it’s a great option if your work regularly calls you to new locations.

Want to find out more about what it’s like to work in the shadow of Buckingham Palace? Here’s our guide to renting an office in Belgravia. Though Belgravia itself isn’t known as a key business hub, it’s close to several important areas of central London. Nearby Westminster is the centre of the UK’s political activity. It’s also home to lots of embassies and diplomats, meaning it’s a great place to be close to if you’re in the business of international relations.

Head north via Hyde Park, and you’ll come to London’s famous West End. Here, upmarket Mayfair sits alongside artsy Soho. The former is home to Savile Row, legendary in the world of men’s tailoring, and world-famous Oxford Street, which welcomes millions of shoppers every single year. The latter is where London’s thriving performing arts scene is based, and institutions like the National Theatre host some of the world’s best stage performers.

Go west, and you’ll enter Chelsea, packed with galleries, local boutiques and trendy places to eat. It’s similarly fashionable and has even become the subject of its own reality show, so it’s a good place for image-conscious businesses to base themselves.

Belgravia is within 10 minutes walk of Victoria station

London’s second busiest transport hub, Victoria station, is just a short walk from Belgravia. Here, you can catch local and national services to lots of places across the UK. There’s also a Gatwick Express line, which is a great option if you regularly fly for business. You can also take the tube from here, as it’s on the Circle, Victoria and District lines.

There is one underground station in Belgravia

Sloane Square, which is on the Circle and District lines, is located at the end of neighbouring Chelsea’s fashionable King’s Road. From here, it’s easy to travel around central London and head out to more suburban areas. Whether you’re travelling for work or pleasure, you’ll find it convenient to get around.

Belgravia is well-connected by road

Though its central location can make the roads a little busy, Belgravia is bordered by two major roads - the Knightsbridge stretch of the A4 and the A302 Grosvenor Place, which backs onto the Buckingham Palace Gardens. If you need to get around by car or nip out of the city, both roads give you the freedom to do just that.

A number of bus services run in Belgravia

Nearby Victoria station is the area’s busiest bus terminal. If you need to catch public transport, it’s best to head here. You’ll be able to choose between local services that can take you across London or hop on a national service that can take you to hundreds of towns and cities across the UK.

Two airports are within an hour of Belgravia

The closest airport is Heathrow, which is around 40 minutes drive or an hour’s journey on public transport. It’s also the best option if you’re looking for choice, as you’ll be able to fly to around 240 destinations from here. Gatwick is also easy to reach; it’s around a 45-minute journey by train or just over an hour’s drive. You’ll have a similarly varied choice of destinations from here.

There are many handy business amenities in Belgravia

Belgravia has lots of delicious restaurants

As you’d expect from such an upmarket area, there are plenty of impressive places to dine in Belgravia. You can take clients to dinner at restaurants like Petrus by Gordon Ramsay, Italian Amaranto Restaurant at the Four Seasons Park Lane or venture to nearby Mayfair to visit HIDE. Looking for something that’s refined and relaxed in equal measure? Try Kake, a fusion French-Japanese sushi house, vegan-haven Wulf and Lamb or grab a cocktail with dinner at The Soak. And if the occasion simply calls for coffee, The Roasting Party or Tomtom Coffee have you covered. 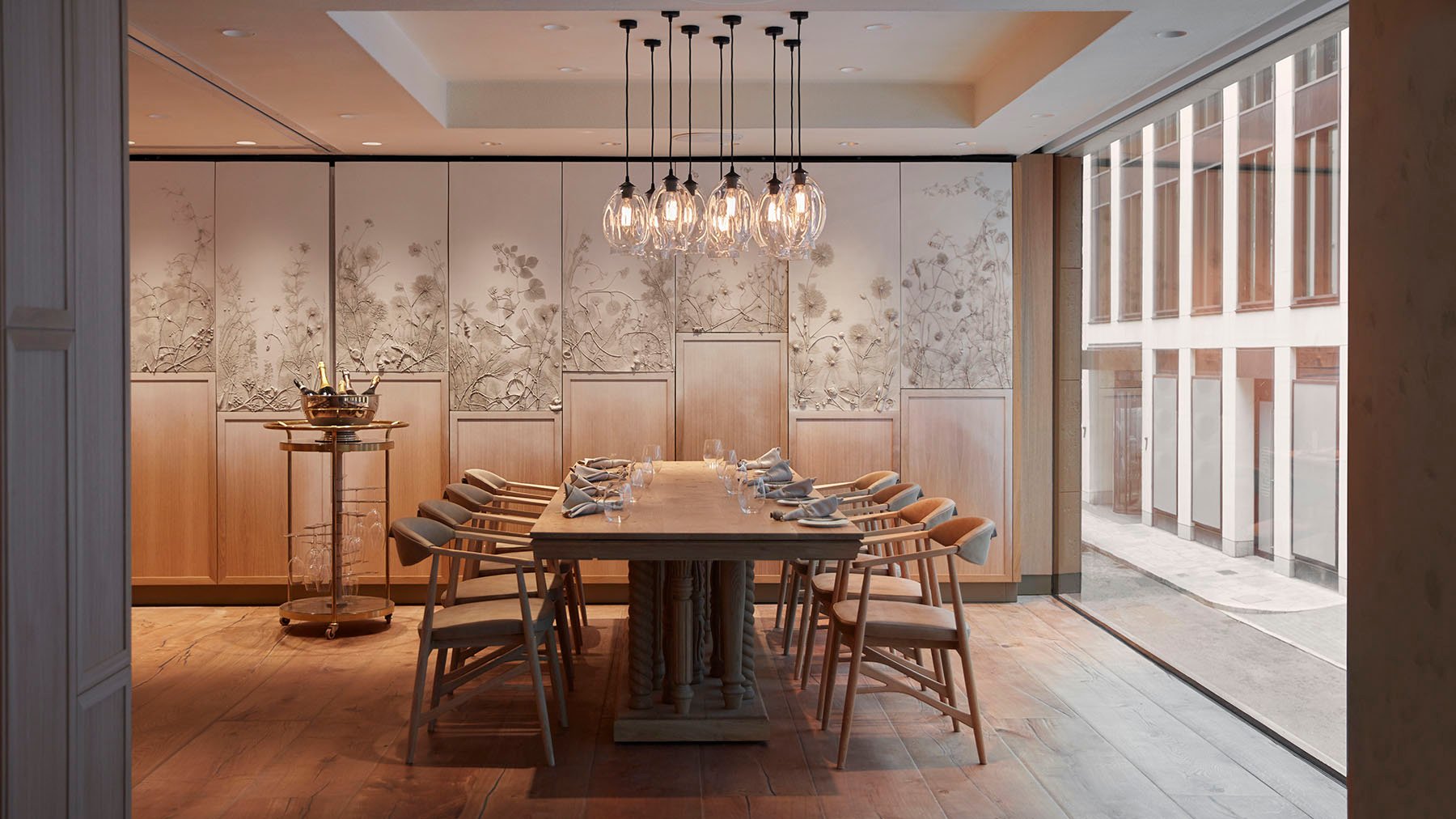 You’ll find a number of hotels across Belgravia

Looking for a hotel to impress a special guest? Book them into stylish properties like The Hari, which offers five-star luxury in the heart of Belgravia, cosy Sloane Square hotel or regal The Rubens at the Palace. You’ll find lots of other incredible options in nearby Knightbridge – but prepare to set aside a hefty budget.

If you’re seeking budget-friendly options, there are plenty of places nearby. You can go for Premier Inn London Victoria, Belgravia Hotel or Z Victoria, which are all comfortable, affordable venues to rest your head or host an event.

There are meeting rooms in Belgravia

As you’d expect, many of Belgravia’s meeting rooms have it’s characteristic grand style. Book spaces that can accommodate lots of team members safely at places such as SCI Belgravia, COMO at The Halkin or The Caledonian Club.

Looking for something less formal? Try options like The King’s Head (where you can also grab a drink once you’re finished) or Domus Crown, which overlooks Buckingham Palace’s gardens.

Belgravia is also home to these handy facilities

If you’re looking for a place to stay fit, you can visit private studio White Room Fitness, head for some post-workout pampering at BodySPace or work up a sweat at the futuristic KXU gym. You can also visit nearby PureGym South Kensington or PureGym London Victoria if you’re looking for a more affordable option.

And if it’s retail therapy you’re after, bastions of luxury Harrods and Harvey Nichols lie on the Belgravia/Knightsbridge border, so you can treat yourself to some indulgent goods. Chelsea’s King’s Road is also a must-visit if you’re a fan of the finer things. If that’s out of your budget, Victoria Place is a great place to visit. It’s located above Victoria station, so it’s ideal if you’re travelling, but you can also pick up the essentials at any time. 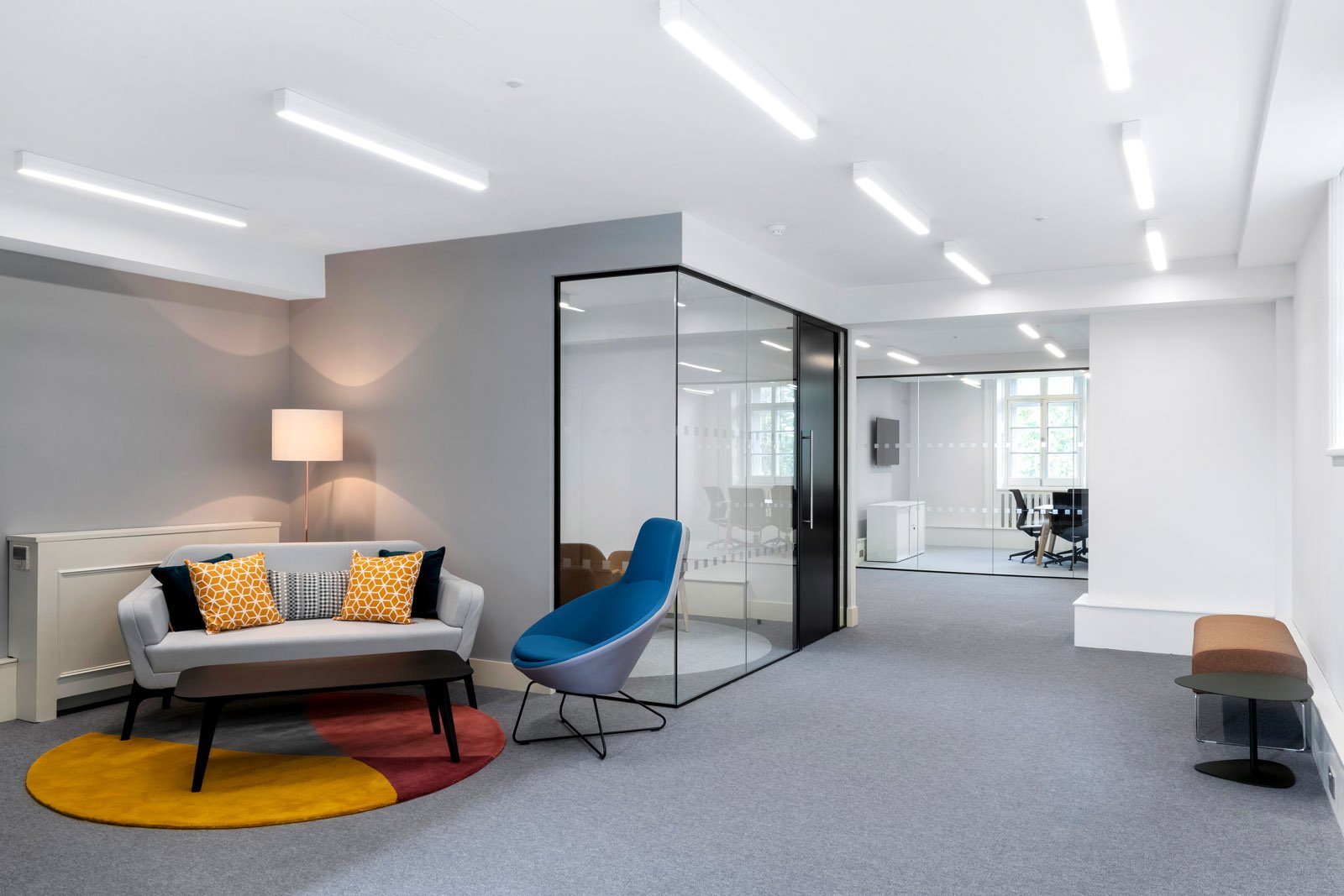 You’ll need a large budget to purchase a home in Belgravia, as the average residence sells for around £6.6 million.

Mozart is said to have composed his first-ever symphony on Ebury Street in 1764 when he was just eight years old.

Belgrave Square was used as a tank park during WWII, and nearby Eaton Square received a shocking nine direct hits from enemy bombs.

Architect Thomas Cubbit was the man behind Belgravia’s distinct style of buildings. Now, he’s honoured by both a blue plaque and a local pub in the area.