Situated right opposite the central City of London is the Borough of Southwark – credited as being the oldest borough in south London. You might know it as home to some iconic landmarks, including Shakespeare’s Globe Theatre, the Imperial War Museum and The Shard – currently the tallest building in the United Kingdom. Berthed along Southwark’s riverfront is also the HMS Belfast, a British warship that was first brought to Southwark in 1971.

If you’re looking to base your business here, you’ll be in an area of bustling activity. There are currently over 19,300 active business in Southwark, and some 254 million people pass through its railway stations each year. Additionally, between 2017 and 2018, 2,400 new homes were built in the area.

Southwark is a place where media and the arts thrive. Not only is it home to the Globe Theatre, but nearby are The Old and Young Vic, the National Theatre, the Royal Festival Hall and Queen Elizabeth Hall. You’ll also find Tate Modern – a gallery of international modern and contemporary art that houses some 70,000 artworks, including British art dating back to 1500.

Local universities are developing strong arts talent every year, including The University of the Arts London, which has two colleges in the borough. The London College of Communication, with its 5,000 students, specialises in teaching advertising, animation, film, photography, and graphic design. And the Camberwell College of Arts (regarded as one of the UK’s foremost art and design institutions) offers degrees in Fine Art, with courses in painting, sculpting, and drawing.

But there’s talent outside of the arts here too. The London South Bank University, based in Elephant and Castle, was named the Entrepreneurial University of the Year in 2016, while Guy’s Hospital hosts an academic health science centre. 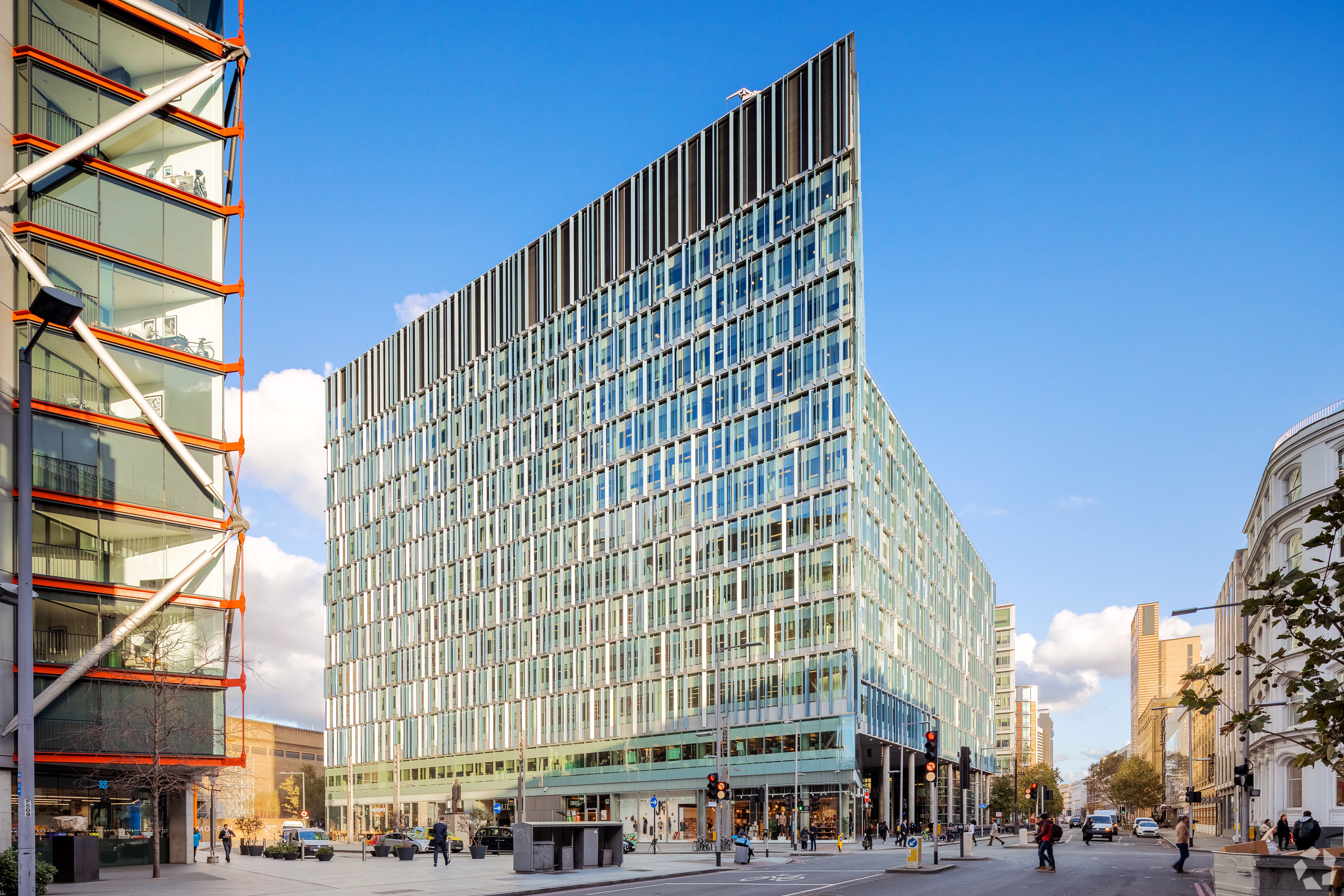 A number of blue-chip companies are scattered along the borough’s riverside, including EY, HSBC and IBM. Other well-known businesses in the area include Ogilvy PR, Omnicom, and law firm Gowling WLG.

The iconic 72-storey Shard is the real eye-catcher of the town. Built in 2009 to replace the 24-storey Southwark Towers office block, it offers chic office space with inspiring views of the City of London and Tower Bridge. Each office floor features what’s known as ‘winter gardens’ – breakout spaces with floor-to-ceiling glass facades and windows that can be opened to invite in fresh air and sounds of the City. Notable occupiers here include Aljazeera, Dods, Sage and Tiffany & Co.

Outside of The Shard, there’s no shortage of office space in Southwark. Choose from older style offices to the super slick and modern, most of which offer fantastic views of the river, City and The Shard.

Other prominent office spaces include Cooper & Southwark, a modern business centre that has 78,000 square feet of office space. And if a co-working space is what you’re looking for, WeWork offers modern and vibrant workspaces on the riverbank.

Getting around in Southwark

Until the 1770s, London Bridge was the only river crossing between Southwark and the City. But today, the two are connected by several bridges, roads, and railways – making it very easy to get around.

You can easily walk into the city from Southwark

Southwark is within walking distance to the City. A walk across London Bridge will take you from The Shard right into the City’s heart in 20 minutes. You can even cut your travel time in half by taking a cycle.

You can also cross by bridge

There are lots of bridges crossing over the Thames, including Southwark Bridge, Tower Bridge, Millennium Bridge, Blackfriars Bridge and Waterloo Bridge.

If you’d prefer to travel under the bridges, you can also take a river bus, with many services operated by Thames Clippers.

There are 7 Underground stations throughout Southwark

If the tube is how you love to travel, there are lots of stations to access, with the Bakerloo, Jubilee and Northern lines all calling here. The main stations in Southwark include London Bridge, Borough, Southwark and Elephant and Castle. From Elephant and Castle, you can access Oxford Circus and King’s Cross all within 10 to 12 minutes.

Southwark has 12 railway stations to travel by train

Southern, Southeastern and Thameslink operate national Rail services in the borough. Stations include East and West Dulwich, Nunhead and Sydenham Hill, together with Denmark Hill, Peckham Rye and Queens Road Peckham – three stations that are also part of the London Overground.

Take the ‘A’ roads through Southwark

If you’re travelling by car, you’re connected by many of the A roads, including the A201 Inner Ring Road, which will take you from Elephant and Castle, across Tower Bridge and into the City. Take the A2 to head out east towards Kent, or the A3 to head more south west. 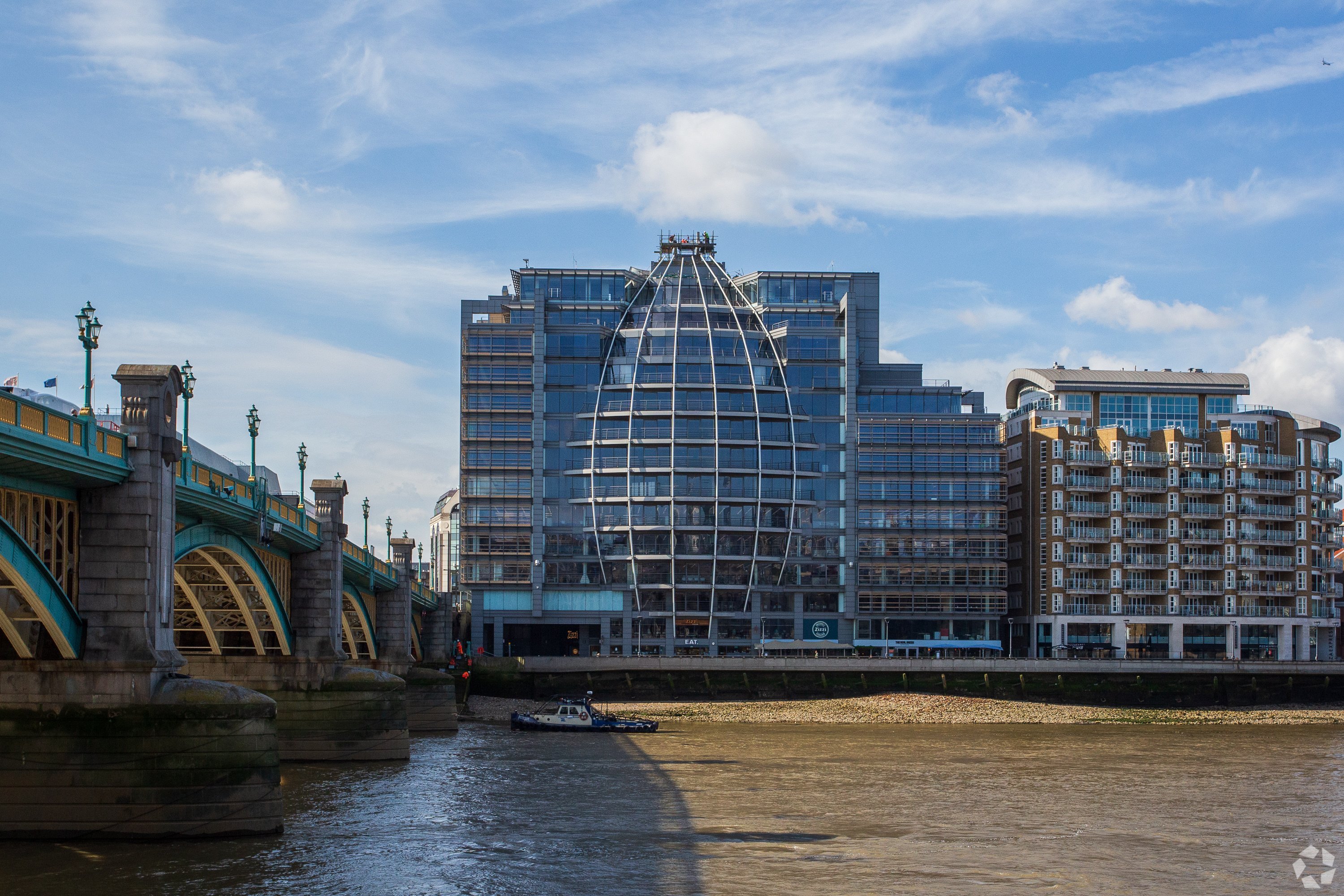 When you want the best of London on your doorstep, Southwark is a great place to be.

Southwark has many hotels with fabulous London views

If you’re hosting clients or colleagues, there are plenty of hotels to put them up in. Generally speaking, the closer you get to the river, the more expensive and luxurious the hotels become, thanks to the views and access they promise.

To really spoilt yourself, your colleagues or your clients, book a night at the London Bridge Hotel. Enjoy the Roman-era architecture of the hotel, while being up close and personal with The Shard. Prefer to stay within The Shard itself? Try the Shangri-La Hotel for truly breath-taking, panoramic views of the City. The hotel offers 202 rooms over 18 floors of The Shard, starting on level 34, so you’ll see all the sights. It also offers the highest hotel infinity pool on level 52.

For an excellent working hotel, try The Hoxton near Blackfriars Bridge, which offers a selection of six creatively-designed meeting rooms with a wrap-around balcony and communal kitchen. It also provides a trendy co-working space, with open and private studios to meet different needs.

And for the usual flexible hotel options, Southwark gives you access to Premier Inns, Travelodges, Novotels and ibis Styles.

Southwark is a hub for the foodies

The Shard certainly offers it all, from offices to hotels and even restaurants and bars. For a post-work drink or night of fine dining, head up to floor 31 where you’ll find Bar 31 or Aqua Shard, which serves up contemporary British dishes. For something more exotic, visit Hutong on level 33 to sample the diverse cuisines of Northern China. And for the more dramatic views of night-time London, head up to the GONG cocktail bar on level 52.

But don’t just stick in and around here. Southwark offers plenty of delights for any tastebud and occasion. The top-rated restaurants include Tom Simmons, where chef Tom himself will cook up beautifully-plated meals inspired by his Welsh heritage. Boro Bistro offers a tiny slice of France in London, while Silka offers an urban Indian dining experience.

Borough Market is where you’ll find most of the food lovers. In addition to artisanal food stalls, there are many restaurants to choose from. Winner of multiple Diner’s Choice awards, ‘O ver has authentic, tasty and healthy Neapolitan street food. Padella pasta bar is famous for its hand-rolled pasta. And if it’s brunch you’re after, Where the Pancakes Are offers a selection of light and fluffy, sweet and savoury pancakes.

Other amenities to look out for in Southwark

For a breath of fresh air, Burgess Park offers plenty of green space. At 56 hectares, it’s Southwark’s largest park – and one of the largest in South London.

If you’re the active type, but want an alternative to the gym, you can also try The Arch at Bermondsey rock climbing gym. It offers 15,000 square feet of modern bouldering for the adventurous spirits who love a good pre- or post-work sweat.