Offices to rent in Brighton

Coastal city Brighton has established itself as one of the most creative, diverse and vibrant places to live and work. It has earned the title of ‘the happiest place in the UK’ and has plenty of exciting things to experience, including its renowned music, arts and cultural scenes. However, Brighton can also be serious. It’s occupied by financial services giant American Express and other businesses worlds away from the city’s free-spirited reputation.

From the 18th century, Brighton was seen as a fashionable place for Londoners to enjoy a bit of sea air. The city was particularly popular in the latter half of the century, following the construction of the London to Brighton Railway. Its population grew from just 7,000 in 1801 to 120,000 by 1901. This expansion was also driven by the city’s reputation as a safe haven for LGBT+ people, causing Brighton’s large community to grow over the decades.

Brighton is also a place where business and pleasure can mix, as the city has plenty of facilities that make it the perfect place to base your office. It’s just an hour from London on the train, making it convenient if business regularly calls you to the capital. You’ll also have access to an excellent pool of young talent, as there are two universities, the University of Brighton and the University of Sussex, with a presence in the city.

Are you thinking about basing your business in this vibrant city? Here’s everything you need to know about renting an office in Brighton.

Brighton is a popular place for new start-ups, and many that choose to base themselves in the city are successful. A report by digital firm Atos found that Brighton’s start-up success rate is 31.8% higher than the average, and it was named the second-best place in the country to start a business. The seafront is where most of Brighton’s visitors are drawn to, making this a popular place to businesses that rely on passing footfall. It’s also home to some of the city’s most notable occupants, including the American Express European HQ.

If your business focuses on research and development, engineering, or technical matters, choosing a base close to either of the city’s universities is a great idea. The University of Sussex is right on the key A27 road, making this a convenient location if you need to regularly travel in and out of Brighton. The University of Brighton, meanwhile, is in the heart of Brighton’s busy Bevendean suburb and within easy reach of the city centre.

It’s easy to get around in Brighton

There are 9 train stations in Brighton

Across the Brighton and Hove area, there are nine train stations, making it easy to get around by rail. The main station can be found on Queens Road, just a few streets from the picturesque seafront and close to the city’s main attractions. If you need to reach another part of the area, other stations are also spaced across Brighton’s suburbs.

Bus services in Brighton are operated by Brighton & Hove Buses

It’s the main bus service operator in the area, though you’ll also find services run by the Big Lemon and compass buses. Buses accept cash or prepaid tickets from services such as Southern Railway’s key card ‘Pay As You Go’ passes. The main stops can be found outside Brighton Railway Station.

A number of major roads run through Brighton

Key A roads connect Brighton with other areas of East Sussex and the south-east, including Hove, Eastbourne and Crawley. It’s relatively quick and easy to travel in and out of the area, though it’s likely to be more convenient to use public transport if you’re navigating the bustling city centre or seafront.

Gatwick Airport is the closest airport to Brighton

If you’re flying from Brighton, Gatwick Airport is the most convenient option. It’s roughly 40 minutes’ drive from the city centre, or around 30 minutes if you travel by train. From there, you can fly to hundreds of destinations all around the world in areas including the Caribbean, Europe, and the Middle East.

Offices to let in Brighton

There are plenty of handy amenities in Brighton

Brighton has lots of hotels suitable for business travellers

If you’re planning an overnight stay in Brighton or need to find somewhere suitable for an honoured guest, there are plenty of options. There are lots of both independent and chain hotels, like The Grand Brighton, a Victorian seafront landmark around 10 minutes’ walk from Brighton Pier. Other choices include The Old Ship Hotel close to The Lanes and Jurys Inn, which both offer great views out across the water.

And at the lower end of the budget, you’ll find plenty of economy options including Premier Inn, Travelodge and ibis. You can book your guests in for a wallet-friendly stay close to the city’s beating heart.

Brighton’s culinary scene offers something for every taste

If the occasion calls for a more upmarket venue, there are plenty of classy options. Plant-based and veggie diners will love Food For Friends’ menu, while minimalist 64 Degrees serves an exclusive menu of cutting-edge dishes. Or, keep it classic at The House Restaurant, a steakhouse serving some of the best British cuisines. 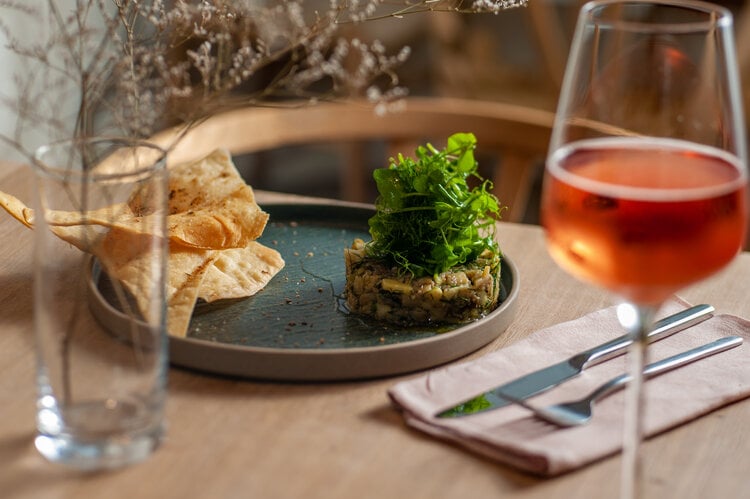 You’ll find meeting rooms across Brighton and its suburbs

There are meeting rooms to suit every event or discussion. If you’re looking for something cosy, Sixty Eight Middle Street is a great option that’s suitable for presentations, meetings and small events. Brighton Consulting Rooms is another excellent choice, thanks to its cosy feel and convenient location.

You could also keep the costs down by opting to use Brighton’s Jubilee Library, which can hold up to 70 (though will have a lower current capacity), or Community Base, a space designed for use by community, charity and voluntary groups.

Brighton is packed with plenty of other facilities

Like to keep fit? Brighton has lots of fitness facilities for every budget. If you’re looking to keep costs down, you can work out at places like PureGym, DW FitnessFirst and The Gym. But if you’re looking for upmarket equipment, you can find places like F45 Fitness or Juvenate Health & Leisure.

If you fancy a bit of shopping, Brighton has plenty of retail areas to explore. Churchill Square Shopping Centre is where you’ll find many of the big brands, including River Island, Apple, JD Sports and Superdrug, to name just a few. But if you prefer to explore independent shops, head to The Lanes. You’ll find unique shops, galleries and more tucked away down Brighton’s iconic lanes.

Iconic band ABBA launched their career at the Brighton Dome in 1974, which is where they won the Eurovision Song Contest.

Brighton & Hove has the highest density of restaurants per person in the UK, with one eatery for every 250 residents. Places to drink don’t lag far behind with one for every 320 people.

The city was spared largely during WW2 as Hitler had lined up the Royal Pavilion as his new seaside home in Britain.

Around 8 million people visit Brighton every year, thanks to its picture-perfect coastline and unique culture.

You’ll find some of the world’s oldest Elm trees in Brighton’s Preston Park, which are thought to be 400 years old.