Canary Wharf has become synonymous with London’s booming financial industry. Located on the Isle of Dogs in East London, it’s where you’ll find some of the biggest international names in banking, professional services and other prominent industries. Along with the City, Canary Wharf is considered a key business district for London, and towering skyscrapers like One Canada Square (the UK’s third-tallest building) dominate the skyline.

Back in the early 19th century, the area that would become Canary Wharf was actually one of the world’s busiest ports. Operated by the West India Dock Company, goods would flow in and out of London from across the world from this crucial port. It was a huge source of employment for many local residents for more than 150 years but suffered after the second world war.

However, when the docks eventually closed in 1980 after decades of decline, the area was marked for extensive redevelopment. New, high-quality office and retail space was constructed, and the Docklands Light Railway was developed to make the area easier to access. Now, it’s a bustling place for any business to occupy thanks to its range of excellent amenities and good transport links.

Want to find out more about renting office space in Canary Wharf? Here’s everything you need to know. 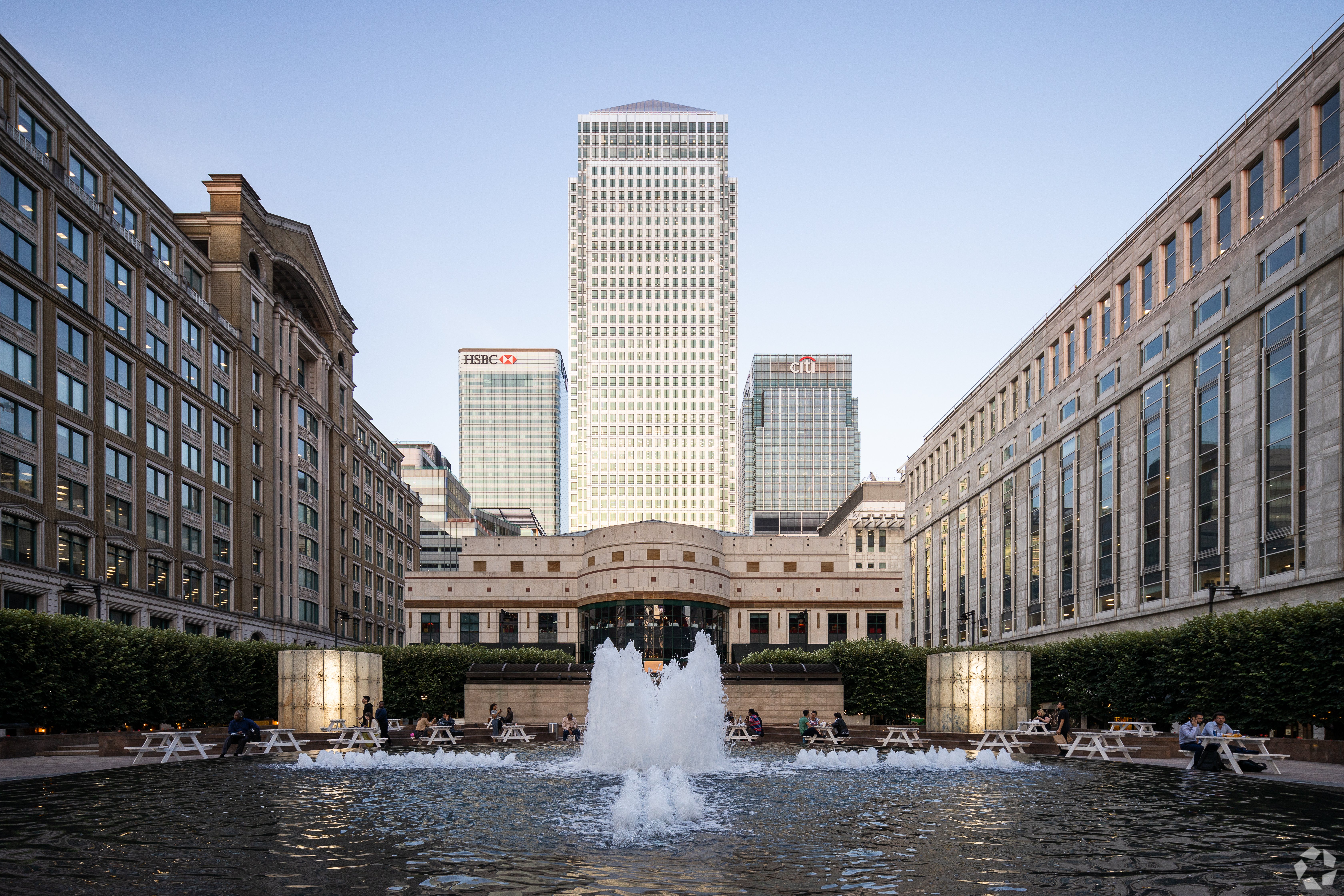 Canary Wharf is a relatively small area, so you’ll find businesses in different sectors nestled together here. A lack of ground space means expansion has gone up rather than out, and buildings like One Canada Square are occupied by diverse companies ranging from First Abu Dhabi Bank to IWG to Moody’s to the International Grains Council.

Generally, though, the area between Middle Dock and Blackwall Basin is dominated by financial and professional services. Major banks and investment companies including HSBC, Barclays and Credit Suisse occupy this area, as does legal giant Clifford Chance and professional services institution KPMG. Away from the centre around the Columbus Courtyard area, you’ll find comparatively smaller or newer businesses like fintech brand Revolut.

Getting around in Canary Wharf

There is one Underground station in Canary Wharf

Canary Wharf station is right in the middle of the area at the edge of Jubilee Park. It’s on the Jubilee line, so you can travel north-east out towards Stratford, west through central London and north all the way out to Stanmore from here.

In the heart of Canary Wharf are Heron Quays and Canary Wharf stations, located by Morgan Stanley and Cabot Square respectively. West India Quay and Poplar are the next most convenient stations to use, as they’re both less than a 15-minute walk from One Canada Square. The DLR can take you into the City, up to Stratford, south to Lewisham and east to London City Airport, so it’s a handy way to travel.

Services in Canary Wharf are operated by TfL and plenty stop within walking distance of the area. There are also two night buses, N277 and N550, that call here, so you can rely on buses to get you home after a late night of work or celebrations.

London City Airport is within three miles of Canary Wharf, so it’s the most convenient airport for domestic and short-haul travel. Depending on traffic, you can get there by road in 15 minutes, but the DLR is likely to be a quicker and less stressful option if you’re travelling at peak commute times.

You can travel by water in Canary Wharf

A number of Riverboat services stop at Canary Wharf pier, heading on to destinations including Westminster, Blackfriars, Embankment, Battersea and Putney. Many are operated by TfL, meaning you’ll be able to use your Oyster card to pay for your trip.

As many people commute into Canary Wharf (an estimated four million pass through Canary Wharf station every day), the handy East India Dock Road and Blackwall Tunnel have eased congestion in the area. Although travelling into the area via road isn’t recommended, you can access it from surrounding areas like Barking, Dagenham and Blackheath by car if you need to. 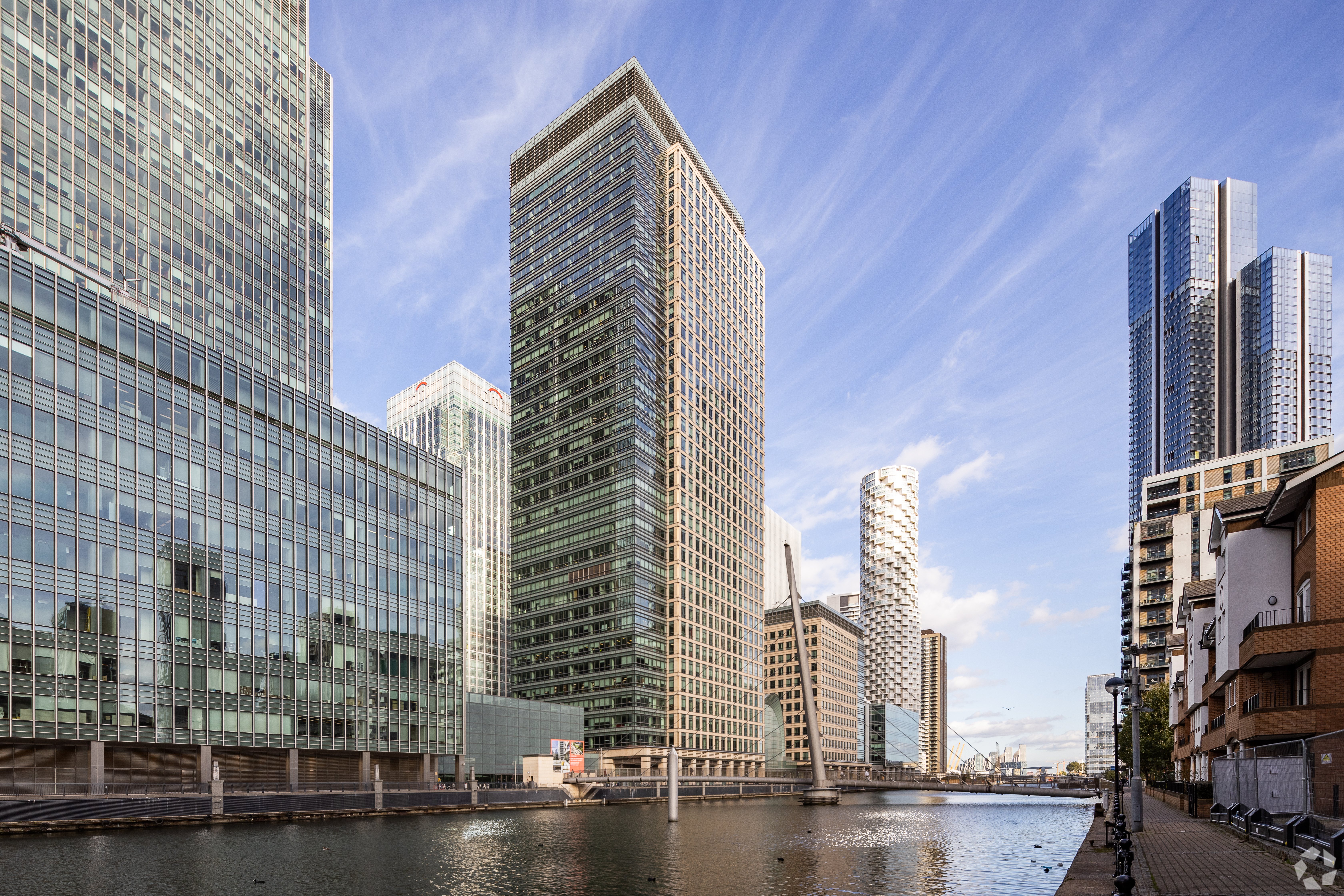 There are hotels for every budget

Canary Wharf boasts hotels that are fit for the most honoured guests and budget-friendly places to get a good night’s sleep. Welcoming a notable client? You can book them into the Canary Riverside Plaza Hotel, an independent five-star hotel offering exceptional views across the river.

Alternatively, go for the Marriott Executive Apartments, which will offer them a home away from home just minutes from Canary Wharf’s most recognised buildings. But if you’re looking for a place to stay that’s more affordable, brands like Point A, Hilton, ibis and Novotel all have hotels nearby.

Looking to impress your guests with a dinner to remember? Sip traditional Scottish whisky and sample a taste of the Highlands at Boisdale of Canary Wharf or sit down to sushi and Wagyu beef grilled over charcoal at ROKA Canary Wharf. If you’re not sure what you fancy, West India Quay is a more laidback spot that serves everything from pasta to seafood.

In the mood for something more casual? Savour brunch at Grateful Kitchen or sip cocktails and nibble on small plates at The Pagination. Or enjoy the view at Limehouse as you try one of its refreshing real ales. And if you want to host a productive coffee meeting, you’ll have places like Mouse Tail Coffee Stories and Black Sheep Coffee to choose from.

From (safely) small and intimate to large enough for hundreds, there are plenty of different meeting spaces in Canary Wharf. & Meetings Canary Wharf has a variety of meeting rooms, making it ideal for workshops and brainstorms. societyM meeting rooms are just a short tube journey away and offer incredible views across London’s most famous landmarks. And if you need a larger venue, CCT Venues Docklands is a great choice. 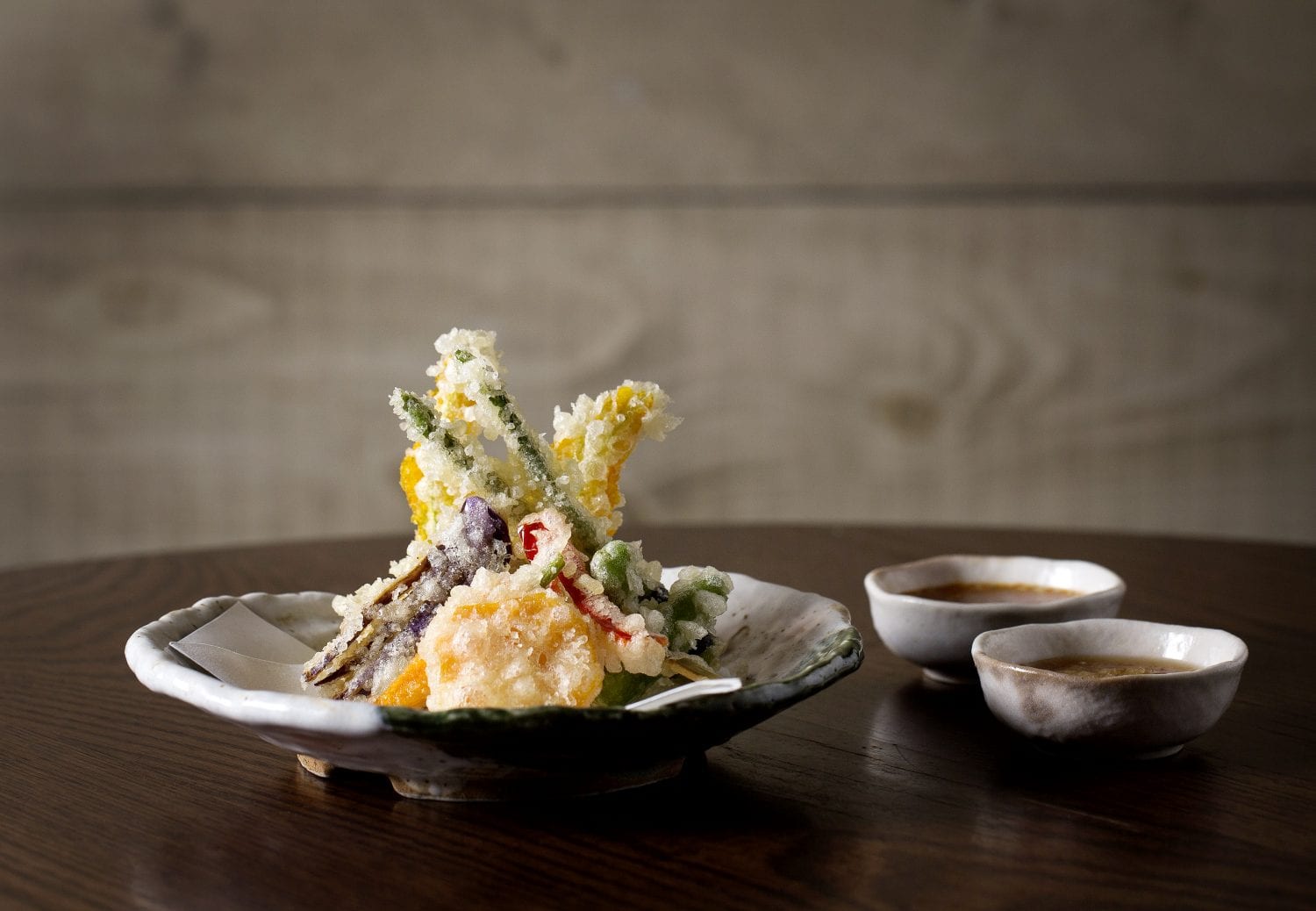 Despite its relatively small size, Canary Wharf is home to five shopping malls, including Canada Place, Churchill Place and Jubilee Place, containing more than 120 stores. Whether you’re looking for luxury or simply want to stock up on essentials after work, you’ll be spoilt for choice here. Brands including Hobbs and Reiss sit alongside affordable stores like Warehouse, Levi’s, Zara, Boots and Accessorize in the central Canada Place, so there’s plenty to choose from.

Fitness fans will be spoilt for choice in Canary Wharf. If you’re looking for luxe facilities, brands like David Lloyd, Virgin Active and Nuffield Health operate gyms in the area. There are plenty of budget options too, including PureGym and more affordable independent fitness facilities. 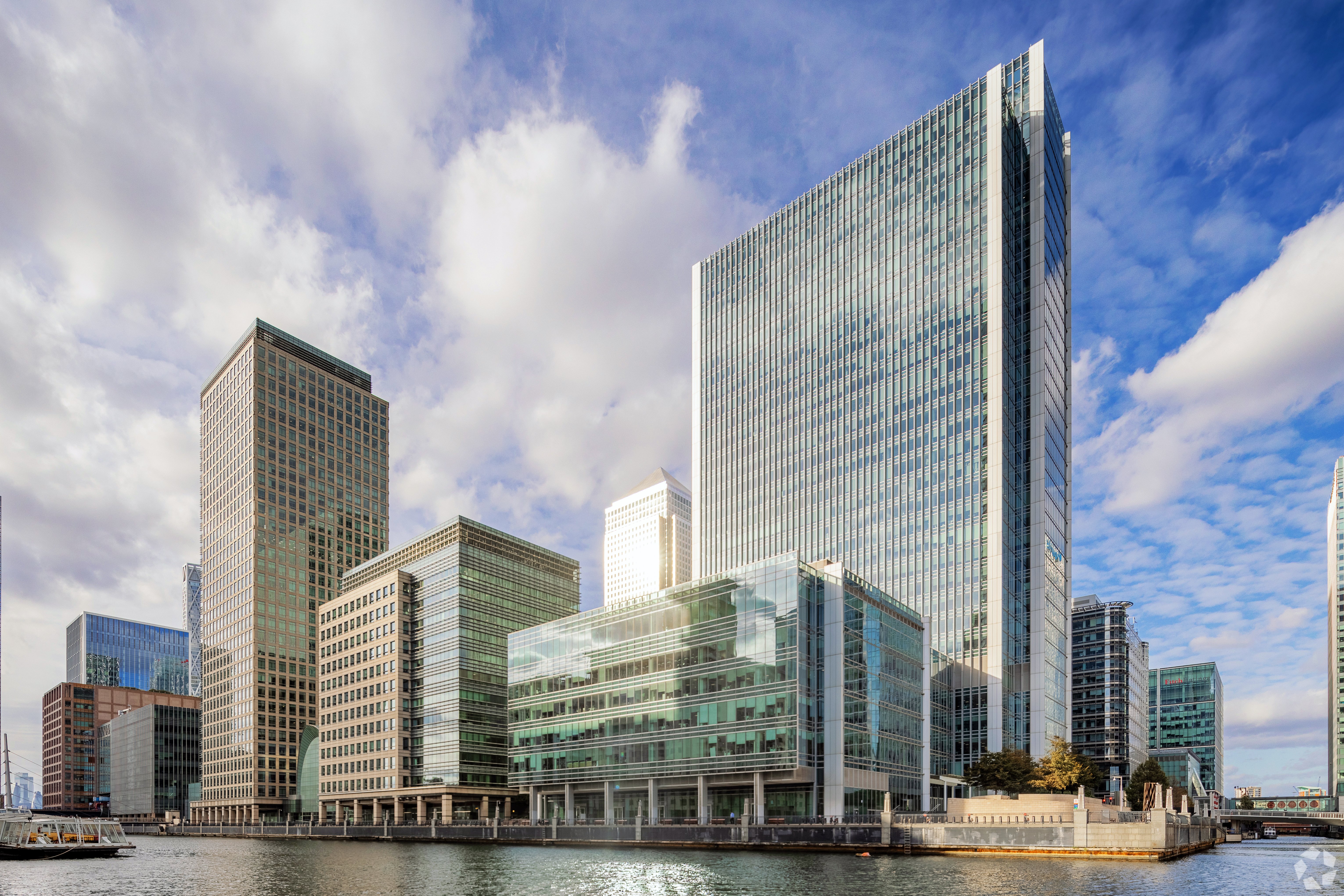 Canary Wharf Tube Station is big enough for One Canada Square, the area’s largest building at an impressive 235m tall, to be laid down inside.

Despite its distinctly urban feel, you can actually spot lots of water-loving birds like Grey Heron and Kingfisher in the area. If you’re lucky, you might even see seals in the North Dock area.

While the DLR is a modern arrival, it was constructed using disused railway lines left over from the area’s port years.

There is estimated to be 14 million square feet of retail and office space in Canary Wharf alone.