Offices to rent in Enfield

The birthplace of the first light bulb, colour television, mass-produced dishwasher and ATM machine, Enfield has a history of industrial excellence and business innovation. It’s London’s most northern borough, sitting above Barnet, Haringey and Waltham Forest, and below Epping Forest and Hertfordshire.

Starting life as a humble market town in the fourteenth century, Enfield has grown over the years to accommodate its current population of over 333,000 residents and 125,000 households. Within the borough, more than 209,000 people are between 16 and 64 years old, giving the region the 10th largest share of working-age people in London. In fact, Enfield is still expanding rapidly, as experts predict it could house 400,000 people by 2035.

Occupying a position to the north of central London, Enfield is part of the UK Innovation Corridor linking the capital to Cambridge. With this scheme behind it, Enfield can benefit from a region set up to achieve impressive results in research, technology and bioscience, led by international firms like Google and Microsoft.

At the moment, Enfield has 20 industrial estates housing centres for Coca Cola Enterprises and Arla Foods, as well as more than 100 green spaces and various leisure facilities. The council is also involved in an initiative to establish partnership between local businesses and the College of Haringey, Enfield and North East London (CONEL) and Barnet and Southgate College.

Plus, Enfield has a rich history and attracts many tourists every year. Forty Hall is one of the borough’s most notable buildings; it’s the former home of both Henry VIII and Elizabeth I.

As a borough of London on the outskirts of the city, Enfield offers business owners the best of both worlds. It has access to the capital’s infrastructure and convenient transport links but comes with a much lower cost of living than other nearby areas. So, entrepreneurs can benefit from low rental prices while enjoying the high-profit potential London can offer.

Other notable business districts in Enfield include Innova Park, just off the M25 to the north-east, and Meridian Business Park to the south-east, accessible via the A406.

The M25 links Enfield to places around London

Enfield is sandwiched between the M25 to its outer edge and the A406 closer to central London. The capital’s Orbital Motorway provides a direct route from Enfield to many other locations around London, including Heathrow Airport.

The A10 takes you straight through Enfield to Shoreditch in the capital’s centre and all the way up to King’s Lynn in Norfolk.

Enfield has an extensive bus network

You can get direct buses to most nearby regions and connections to places further afield. The 307 runs from Barnet Hospital to Brimsdown, while the 313 goes from Potters Bar to Chingford. From the centre of the borough, you can take the 192 to Tottenham Hale, the 317 to Waltham Cross or the 121 to Enfield Lock or Wood Green.

There are various buses offering routes to Wood Green, and the N29 can get you to Camden Town and Trafalgar Square.

Enfield Chase is the borough’s most central overground station on the Great Northern Line, and there are also stations at Grange Park and Gordon Hill on either side. On this network, you can go down to King’s Cross or up to King’s Lynn.

The Piccadilly line also juts into the western edge of the borough. You can catch the tube from Cockfosters, Oakwood, Southgate or Arnos Grove to get to destinations including Covent Garden, Leicester Square and South Kensington in central London.

Cycle Enfield is in the process of making it easier for people to travel by bicycle across the borough. Its multi-million-pound programme, which works in collaboration with the mayor’s ‘Mini Holland’ initiative, is supporting improvements to Church Street, Edmonton Green roundabout and Enfield Town and Edmonton Green train stations.

The works include the introduction of pedestrianised zones and various types of cycle lanes, which should make cycling in Enfield safer and more convenient.

There are three airports within 45 minutes of Enfield

Getting to nearby airports is fairly simple. If you’re going to Stansted Airport, you can take the 10-minute Greateranglia train journey to Tottenham Hale and then the 36-minute Stansted Express connection.

The Piccadilly line takes you to Heathrow Airport in under an hour and a half. And you can drive to Stansted, Luton or London City Airport in around 45 minutes in good traffic.

Offices to let in Enfield

You’ll find a range of meeting rooms in Enfield

You won’t be short of venues to impress colleagues, partners and clients in Enfield. The Charles Whitcombe Lounge at Crews Hill Golf Club offers pleasant views and an in-house chef. And The Penridge Suite on the south-west edge of Enfield can accommodate up to 350 people with buffet facilities.

The Southgate Hockey Centre also offers a high-quality meeting space, set in over 1,000 acres of country park. Or, if you really want to make your presentation sing, why not book a screen at Enfield’s Cineworld?

Enfield offers everything from low-cost to high-end accommodation

Enfield’s Premier Inn and Travelodge hotels are convenient options for affordable business stays, but the borough also has a number of more luxurious options to suit travellers.

The family-run Royal Chace Hotel offers cosy accommodation, with 92 bedrooms and 10 meeting rooms, among six acres of land. For an even more peaceful stay, try West Lodge Park, which has 35 acres of surrounding countryside formerly used as a royal hunting ground.

Enfield has lots of restaurants and cafes

There are plenty of restaurants to choose from in Enfield, whether you’re arranging a quick bite to eat or a more formal business lunch. The Beautiful South serves well-presented Mediterranean dishes, while the Anokhi in Winchmore Hill is a fine-dining eatery specialising in several different types of Indian cuisines.

Enfield also many laidback Italian restaurants for a casual meal out, such as Arte Pizza and Zaza, as well as a popular Turkish restaurant, Askular Enfield Town. There’s a variety of other handy amenities in Enfield

Enfield has a good selection of shopping opportunities. There’s the Palace Shopping Centre, with a range of well-known stores, as well as Enfield Retail Park, with larger outlets, including Next, Halfords and Pets At Home.

Edmonton Green Shopping Centre is a great place to find a bargain, at it has a vast selection of low-cost retailers, including ASDA, CeX and Wilko. Meanwhile, Pearsons Department Store is the place to go for high-end items, as it houses brands like Hugo Boss, Barbour and Clinique.

Enfield is home to six leisure centres and the Lee Valley Regional Park, with running and cycling amenities, so you’ll always have somewhere to work out. Across the borough’s fitness hubs, you can access facilities for swimming, diving and dance, as well as pitches for various sports. Plus, Enfield offers seven golf courses and multiple equestrian centres and skateboard parks. 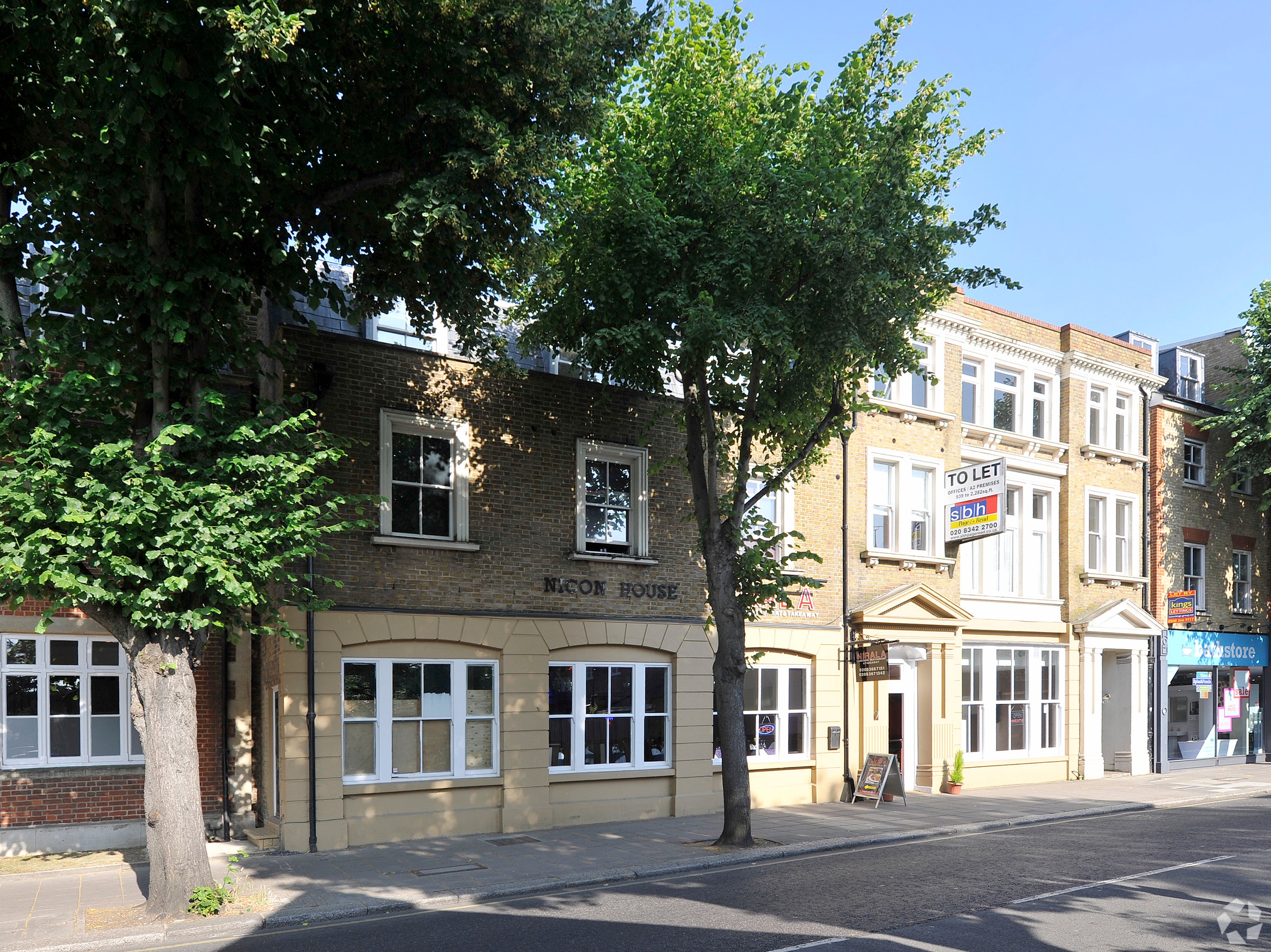