Offices, serviced offices, and shared workspaces to rent in Harrow

Best known for its quaint village perched on top of the hill and one of the country's most prestigious boarding schools, Harrow is one of north London's most vibrant communities.

Formerly known as Greenhill, this leafy and suburban part of London started as a small hamlet of farms. With the arrival of the railway in 1880, the area saw a boom in industry and the opening of several factories, including the famous Kodak factory, which was in operation for more than a century.

Today, Harrow is a hotspot for the retail industry, ranking 59th in the nationwide 'High Street Investment Ranking' carried out by Knight Frank and 6th in Greater London. The Federation of Small Businesses and London Councils have also judged Harrow as 'the best all-round small business-friendly borough' in the capital. It was awarded the 'High Impact Award' for contributions to Global Entrepreneurship Week.

The council is working hard to continue strengthening the area's appeal with a £1.7billion investment programme that will create 5,500 new homes, new schools, a civic library, a civic centre and new open spaces. The heart of Harrow has now officially been declared as an "Opportunity Area" for London – attracting many new global investors and businesses.

Harrow is also globally renowned for its excellence in education and benefits from a highly-skilled workforce. The area boasts many prestigious schools, including the famous Harrow School. It is also home to a large University of Westminster campus, which serves as the university's base for Media, Arts and Design.

With excellent transport links into the capital, an array of fantastic local amenities and lots of green spaces nearby, Harrow is one of London's most popular places to live and work. 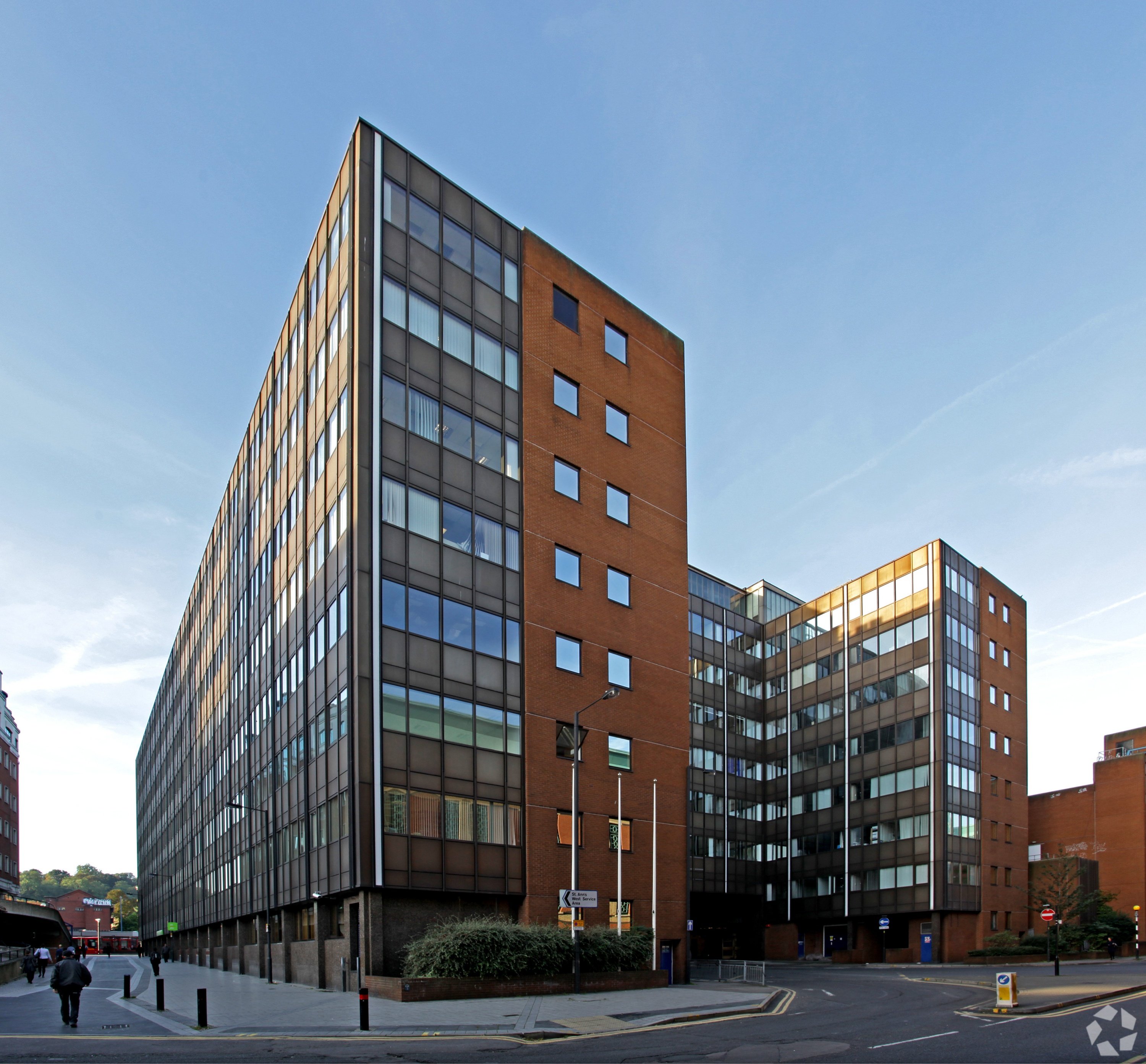 Harrow is home to over 10,000 businesses, and there is a big push to support the local economy by empowering more small businesses in the area. It comes as no surprise then that business growth rates are among highest in north-west London. The abundance of small local businesses in the area also facilitates a close-knit sense of community. Many of these businesses are located in the town and district centres, with 96.4% occupancy of shop fronts.

Harrow has excellent transport links connecting you to the city

Zone 4 Harrow is somewhat spoiled for choice when it comes to transport connections. It's one of Harrow's best selling points, attracting many people to the area.

Harrow is served by many London Underground and National Rail services

Harrow's main overground station offers frequent links to London Euston and Watford Junction while also stopping at many destinations in between. While Harrow-on-the-Hill's Metropolitan Line service will take you from Chesham or Uxbridge in the West and Aldgate in the heart of East London.

Harrow Bus Station is adjacent to St Anns shopping centre and Harrow-on-the-Hill railway station. This station is served by the Transport for London (TFL) network, which runs several services to most major boroughs and regions within the capital.

For those travelling by car, Harrow is close to the M25 and the A404, both of which can take you to many destinations in and around the capital.

International airports are within easy reach

Harrow's closest airport is London Heathrow Airport, which provides flights to 185 destinations in 84 countries worldwide. Crossrail is also expected to extend to the region linking Harrow to Heathrow and relieving pressure on London's underground lines.

Cycling is encouraged in Harrow

There are several cycle routes in Harrow , with the council hoping to introduce more. This includes four traffic-free cycle paths along major roads. Many of the minor residential roads are fairly quiet and provide safe and pleasant cycle routes. The borough is also working hard to improve infrastructure so that people who prefer to walk have better routes and crossings and uncluttered and safer streets.

There's a good selection of hotels to suit every budget

If you need a place to rest your head for the night that's close to all the town's amenities, The Old Etonian will serve you well. This rustic hotel is situated in a beautiful conservation area and is ideally located next to Harrow School. Also centrally located is the Hindes Hotel, which is only a few minutes walk from all the local restaurants, cafes and bars.

For something a little more upmarket, you can book a night at the St Georges Hotel. This stylish new hotel is a little further out of town in nearby Wembley but offers all the modern amenities and is just a 20-minute drive from central London.

Harrow's busy food scene caters for all tastes and preferences

The area may be small, but there's certainly no shortage of places to indulge in some top quality nosh.

Start your day with a delicious breakfast at Jasmine's Café and Diner or pay a visit to the Bru Café for a steaming cup of artisan coffee and a delicious sandwich. For a quick bite to eat at lunch, try the Dolls House on the Hill, a vintage café and tearoom that accommodates vegetarian and gluten-free diets.

At dinnertime, you can enjoy modern and contemporary takes on Indian cuisine at The Connoisseur's, indulge in some authentic Italian at La Collina.

For that much-deserved pint or cocktail after a stressful day of meetings and back-to-back calls, you can head over to The White Horse, a Fuller's pub that's been serving up delicious brews and fantastic pub grub since the 1920s. There's also The Castle, a local favourite dating back to the 18th century.

And if you need to impress a client or spoil a colleague, book a table at Friends, a landmark AA Rosette restaurant situated in a 500-year-old Tudor building that serves up great British food curated by Head Chef Harvey Pertolla and his dedicated team. 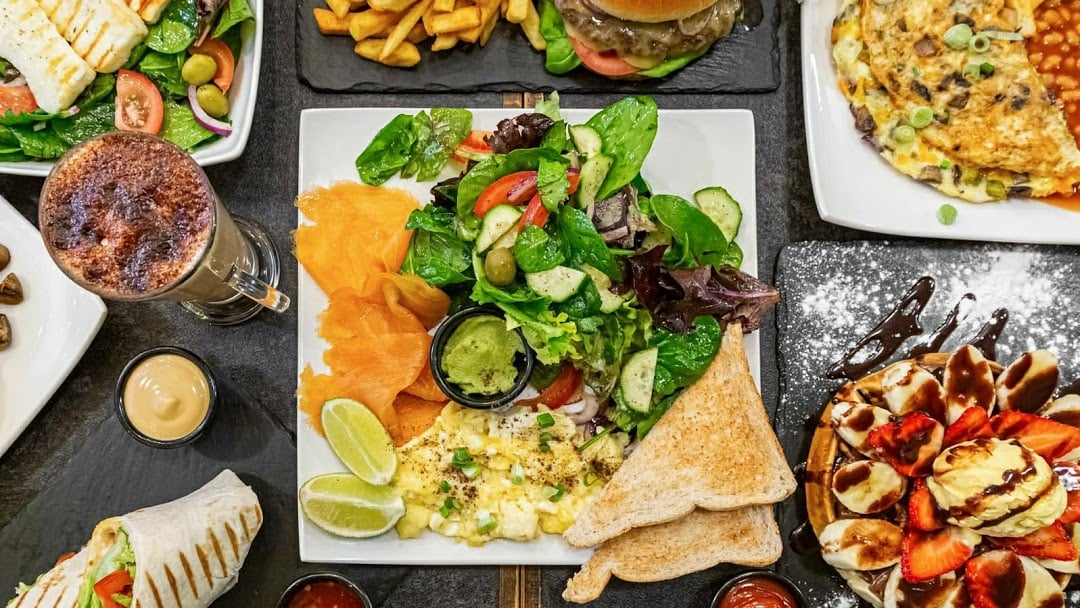 There’s plenty of things to see and do in Harrow

If the outdoors and green spaces are more your scene, Harrow most certainly delivers the goods. The area is home to the super leafy Pinner Memorial Park, 2020 Green Flag award-winning Canons Park, and the Harrow Recreation Ground.

There is also a wealth of public footpaths that connect Harrow to different parts of the city. Meander along the Capital Ring, where you'll get the chance to see some of London's finest scenery. Use your lunch break to take a stroll past Harrow School's fields, or you can hike up and down the hill on one of the many marked walking routes while enjoying the unbeatable views over Harrow and the London skyline.

There are two undercover shopping centres, which are home to a great mix of retail favourites and a cinema complex and a host of eateries. So if you're looking for those all-important essential goods, doing grocery shopping or if you're on the lookout for boutique gifts, you won't have to venture far living in Harrow.

And if you prefer a more active lifestyle and want to work up a sweat, Harrow Leisure Centre offers a state-of-the-art gym, a 33-metre main pool and smaller training pool, a variety of sports classes, and a large sports hall. There is also a Buzz Gym, The Gym, a cross-fit facility and several yoga studios dotted around the town. Many of these are open 24/7 with classes and equipment to suit your preferred schedule and exercise routine.

Last but not least, art and theatre lovers can visit the Harrow Arts Centre in Uxbridge Road, Hatch End, which puts on a varied programme of theatre, music, dance, family events, film, classes and workshops.

Offices, serviced offices, and shared workspaces to rent in Harrow