Located in the middle of the Irish Sea, between England, Ireland, Scotland, and Wales, is the Isle of Man. This 33-mile-long island boasts rugged coastline, exquisite scenery, gently rolling hills and its own parliament, laws, traditions, and culture.

It’s estimated that the Isle of Man became an island around 85,000 years ago when melting glaciers caused sea levels to rise, cutting off Mesolithic Britain from mainland Europe. The first human occupation arrived on the Island as the ice age retreated some 10,000 years ago.

Throughout much of the fifteenth and sixteenth centuries, the Isle of Man became an important stopping off point for illegal contraband trade thanks to its convenient offshore location. With the arrival of the Industrial Revolution in the 1800s, the Island experienced tremendous growth and an influx of tourists. The Isle of Man Steam Railway, Manx Electric Railway, and Snaefell Mountain Railway systems were developed to cope with this.

Today, the Isle of Man is a low-tax economy with financial services, manufacturing, information and communications technology (ICT), and tourism forming key sectors of the economy. Consequently, investment in the Island’s infrastructure is a key focus for the government, which is reflected in the Island’s state-of-the-art facilities and fantastic business amenities. The Isle of Man is also home to the University College Isle of Man (UCM) and International Business School, which offer a wide range of further education opportunities.

Residents who call the island home enjoy an excellent quality of life due to low unemployment, a vibrant cultural scene, temperate climate, a favourable tax regime, the lowest crime rate in the British Isles and the fact that you can travel to any destination on the Island in a matter of minutes. 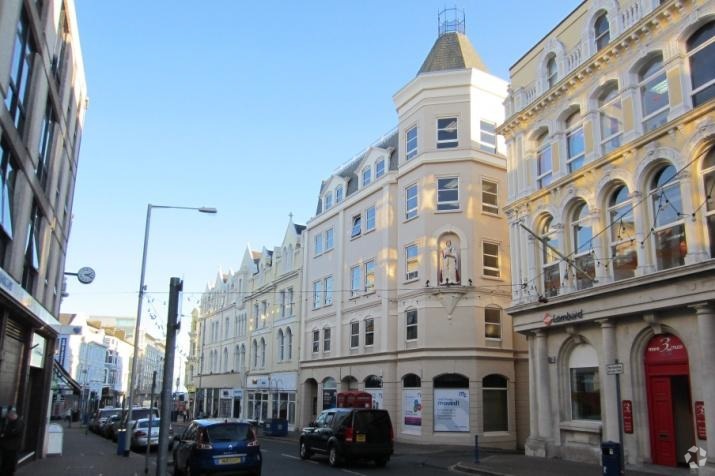 Notable business areas on the Isle of Man

The Isle of Man’s independent spirit and laser focus on enterprise and innovation has turned it into a lucrative hub for international business. This coupled with world-class infrastructure and modern facilities ensure that individuals and businesses are supported in their global activities.

Douglas, the capital of the Isle of Man, sits on the eastern waterfront and is home to a bustling business and financial district. It’s also the most populous town on the Island, providing a base to countless local businesses and various multinational corporates such as PWC, KPMG, Ernst & Young, Utmost Wealth and Swagelok. Supporting this is the presence of some of the world's most respected banks such as Barclays, Lloyds International, HSBC and Nedbank. Many of these businesses are located around the promenade.

There are many forms of transport available on the Isle of Man, from taxis to ferries and even steam trains. If you’re travelling by air, the Isle of Man airport, also known as Ronaldsway airport, is located in the south of the Island and provides regular short flights to Gatwick, London, Manchester and Liverpool.

The Isle of Man also has an extensive bus network, Bus Vannin, which serves the whole of the Island regularly, including the airport and the Sea Terminal in Douglas. An increased late-night bus service operates on Friday and Saturday evenings, which also serves all the main towns.

There are no motorways on the Isle of Man, but you can get to most destinations on the Island using the ‘A’ roads.

If you need to travel by sea, the Steam Packet Company provides daily ferry services to the Northwest of England and Ireland. The Isle of Man also boasts three railways, namely the Manx Electric Railway, Steam Railway and Snaefell Mountain Railway, which will transport you to your chosen destination in style.

In addition to these services, there are other forms of public transport on the Island that the government does not run, including the Douglas Bay Horse Tramway and three privately owned and operated short-distance tourist railways. 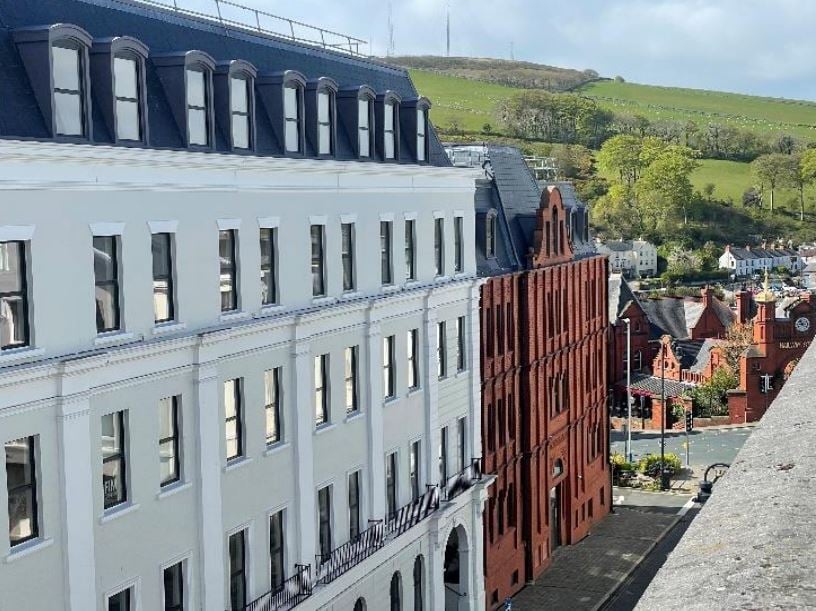 The Isle of Man has many fantastic hotels to choose from

You’ll find most of the Island's accommodation in and around Douglas, particularly along the promenade, which has breathtaking views of the bay and the historical monument, the Tower of Refuge. However, there are other options spread throughout the Island that are easily accessible and fully equipped to accommodate all your needs.

For a superb business hotel located in the heart of the financial district in Douglas, you should book a night or two at the Claremont. This effortlessly elegant hotel is officially the highest-rated hotel on the Isle of Man, achieving 4 Star Gold status.

Another great hotel for business trips is the Sefton. Not only does this hotel offer the perfect opportunity to blend business with pleasure, but it also has a range of flexible spaces to accommodate boardroom-style meetings, seated lunches and dinners, conferences and corporate events.

For a few more affordable options, you could try the Ellan Vannin Metro Hotel or the Chesterhouse Hotel, which offer guests superb value as well as picturesque seaside views and a ‘home from home’ feel.

The Isle of Man has a wide variety of eateries

The Isle of Man has a diverse mix of restaurants, offering the highest quality food and drink using only the best local ingredients and produce. The Island is enjoying a culinary renaissance in recent years, turning the focus back to the superb quality of its local produce like its flavoursome freshly caught queenies, succulent home reared Loaghtan lamb and handpicked vegetables from local farms.

Head to the Island’s capital for the biggest variety of restaurants, including authentic Indian at The Taste of Bengal, delicious seafood at the Little Fish Cafe and contemporary Italian at Enzo’s.

On the Isle of Man, life is more than boardrooms and conference calls. The Island’s stunning coastline and beautiful mountains offer the perfect respite after a long day at the office. There are many activities to keep you busy, including cycling and mountain biking along the country lanes, or walking and hiking around the many island glens and coastal paths. If you’re the adventurous type, you can try coastal diving, where you can explore hidden shipwrecks.

There are many sports centres on the Island for more general activities, offering a large range of activities to keep you busy, including swimming pools, squash, table tennis, and other indoor sports. There are also various golf courses dotted around the Island.

Shoppers can enjoy high street brands and supermarkets and a unique mix of independent stores in Isle of Man. The most extensive shopping area can be found in Douglas, home to many well-known names in fashion, homeware, technology, entertainment, groceries, and beauty.

Art lovers and theatre-goers can visit the prestigious Gaiety Theatre located in central Douglas, which hosts various plays, operas, and musicals. There is also the magnificent Victorian theatre, which is one of the Island’s most popular attractions. And if you’re a music lover, head to the Erin Arts Centre in the south of the Island or Peel Centenary Centre in the west, where you will find a varied mix of musical events, including local and visiting singers and musicians, music recitals and play festivals.

Notable office tenants on The Isle of Man

Key agents on The Isle of Man

Interesting facts about The Isle of Man