Offices to rent on the Isle of Wight

The Isle of Wight is a large and thriving island located in the English Channel, just an hour and a half from mainland England.

From the Royals to the Romans, this idyllic little island is steeped in a rich and colourful history. With a brief stint as a self-governing kingdom in the 15th century, today, the Isle of Wight is an independent county covering 148 square miles and home to approximately 140,000 people.

The island’s scenic landscape, exquisite coastline, 17 blue flag beaches and convenient transport links to mainland England have made it a popular holiday destination for many local and international tourists. While tourism continues to be the Isle of Wight’s largest industry, much of the island's economy is also driven by the retail, business services, transport, and communications sectors. In addition, construction, manufacturing, agriculture, and other maritime industries are also major employers on the island. 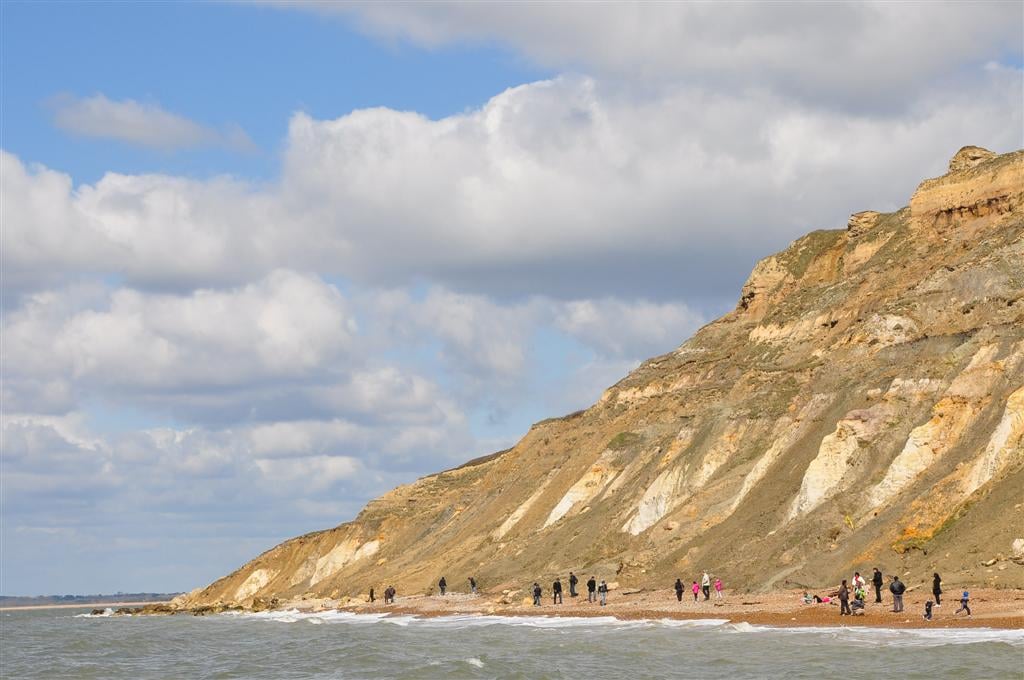 Key business areas on the Isle of Wight

There are approximately 6,000 businesses based in the Isle of Wight, including many international companies, start-ups and small and medium-sized enterprises. According to a report by company secretarial and formation firm Inform Direct, more new businesses were set up on the Isle of Wight during 2020 than in any previous year. This heralds a new record for the island for the third year in a row.

Most of these businesses are based in the main employment centres and business areas located to the east of islands like Newport, Cowes, Ryde and the resort towns of Sandown and Shanklin.

It’s easy to get around the Isle of Wight

There are many simple ways to get to the island. If you’re travelling by car, then you have a choice of car ferries at Southampton, Portsmouth, and Lymington, which all provide frequent services to and from the island. You can also use these ferries as a pedestrian or with a bike.

If you need to get onto the island more quickly, there’s the Red Jet from Southampton into Cowes, the Wightlink catamaran from Portsmouth to Ryde, or the Hovertravel hovercraft from Southsea also to Ryde. All passenger routes connect to public transport on the Isle of Wight to ensure that you arrive safely at your destination.

Travelling around the island is simple and straightforward

Once you’re on the island, you have a whole range of options to help you get from A to B. If you’re visiting without a vehicle, there are two rail lines on the island. The Island Line, whose trains are former London Underground carriages, runs between Ryde Pier and Shanklin. This line also links to ferry services, providing a convenient through service to and from London Waterloo. The second, and more scenic of the two lines, is the Isle of Wight Steam Railway. While this is technically a tourist attraction, you can still use it to make your way around different parts of the island.

There is an extensive bus service across the Isle of Wight

Alternatively, you can hop onto the main Isle of Wight bus service. Operated by Southern Vectis, this extensive bus network has been serving residents and visitors since 1929. It offers a regular and reliable service to all major towns, villages, beaches, and hotels across the island.

The Isle of Wight has an excellent network of cycleways

For those who prefer pedalling to petrol, the Isle of Wight was recently voted as one of the world’s top cycling destinations by Lonely Planet, thanks to its excellent network of cycleways.

Offices to rent on the Isle of Wight 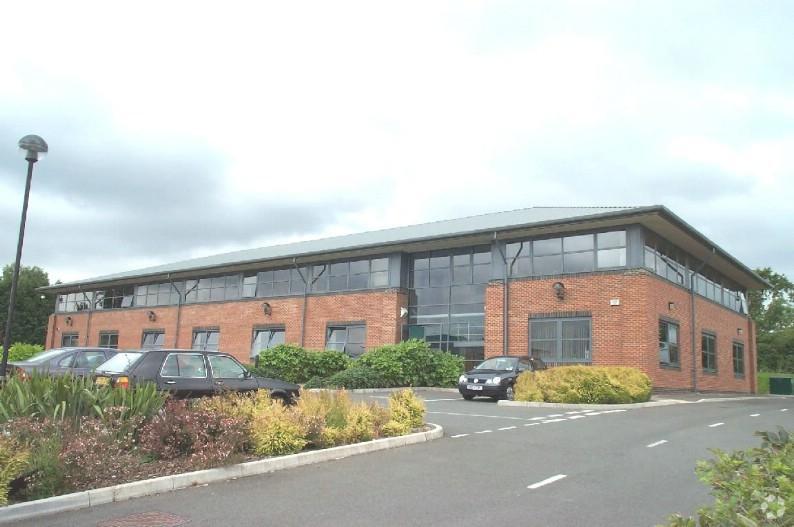 The Isle of Wight has outstanding business amenities

There are hotels galore across the island

Originally built as a coaching house in 1832, The Royal Hotel is the island's largest premier hotel. This historic building has entertained the crowned heads of Europe and was a favourite destination of Queen Victoria’s whenever she visited the island. In addition to its high profile and esteemed list of former guests, The Royal is also known for its superb restaurant, which has achieved two AA rosettes for food excellence for twenty consecutive years. In addition, it shares the rare privilege of being one of only 30 establishments to be listed in every Michelin Guide since it was first published in 1911.

Another great option is the Luccombe Hall Hotel, a lovely, family-run hotel with magnificent views of the bay, direct access to the beach and the Old Village of Shanklin, as well as a wide range of amenities.

If you’re looking for something a little more affordable, book a night or two at The Wheatsheaf Hotel in Newport. This characterful, historic pub is conveniently located in the centre of town and is a popular choice for business travellers.

There are also three Premier Inn hotels in the Isle of Wight, including The Sandown Seafront hotel, which is the newest and has terrific sea views, The Merrie Gardens hotel in Lake, and the Premier Inn in Newport.

As soon as you step off the ferry, you will be spoiled for choice when it comes to places to eat on the Isle of Wight. With an abundance of fine dining restaurants, gastro and country pubs, afternoon tea rooms and beachside cafes, the island is home to various restaurants, all offering some of the best eating and drinking experiences to satisfy all tastes and leave your mouth watering for more.

You can’t visit a seaside town without indulging in some locally sourced seafood. For some of the best seafood on the island, head to The Crab & Lobster, Fisherman’s Cottage, Murrays or The Blue Crab. For a quick sandwich, delicious pastries, a hearty breakfast, homemade soups, juicy burgers, fantastic coffee, and everything in between, try The Pearl, The Freshwater Coffee House, Dimbola Tea Room or The Lunch Box Café. Ideal for a quick bite in between meetings.

If you’re in the mood for some hearty pub grub with a warm and welcoming atmosphere, pay a visit to The Fishbourne, a charming inn located between the main towns of Ryde and Newport with gorgeous sea views and even better food. There’s also The Spinnaker, The Old Fort and The Red Lion, which all serve up some tasty pub fare.

If you’re looking to celebrate a colleague’s work anniversary or impress a new client, book a table at The Aquitania. Located in the picturesque sailing village of Seaview, this modern yet unpretentious restaurant features an array of local produce and has been awarded 2 AA Rosettes. Other great options for fine dining on the island include Thompson’s Restaurant, Number 3 and The Coast Bar & Dining Room. 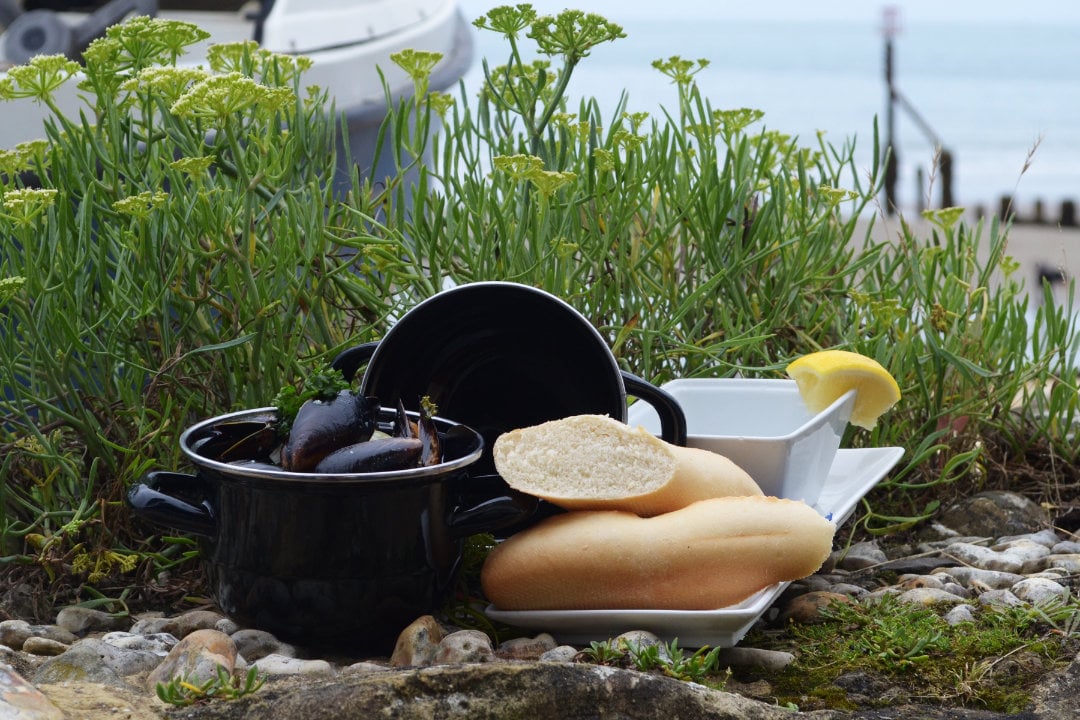 If you enjoy outdoor activities, the Isle of Wight has it all. Over 57 miles of stunning coastline, more than 20 beaches, an array of protected woodland and nature reserves coupled with a mild and temperate climate means there is no shortage of things to do. Adrenaline junkies can try their hands at one of many adventure activities such as tree climbing, paragliding, or sailing. There are also plenty of water sports and golf courses to keep you busy throughout the year.

If you prefer to partake in less hair-raising pursuits, you can enjoy a lovely countryside walk along more than 500 miles of footpaths and established walking routes. Take in the local wildlife, including red squirrels and some unique butterfly species, as well as a wide variety of birds. There are also several walks and attractions where you can view the best of the island’s fossil collection.

For those who love shopping, there are many places to indulge in a little retail therapy. Whether you’re after a unique and special gift, high fashion, or the freshest and most delicious locally-produced food and groceries, the Isle of Wight offers shoppers great variety and choice.

Interesting facts about the Isle of Wight