Offices to rent in London

London isn’t just the UK’s capital. It’s a hive of commercial activity, with many of the country’s biggest companies choosing to base themselves there, making it one of the most sought after places for office space. In fact, demand is so great that it’s not uncommon for business owners and employees to commute for hours simply to get their hands on a slice of the London action.

Since it was first populated by the Romans more than 2000 years ago, London has been an important destination. These days, you’ll find some of the world’s best educational institutions, including University College London, the London School of Economics and Imperial College, tourist attractions aplenty and more high-net-worth individuals than anywhere else in the world.

More than 9.3 million people live in London, with most also working there too. However, many of the city’s residents opt for a property on the quieter outskirts, away from the central hustle and bustle. In fact, even though the city’s population has increased year on year since the 1980s, central London’s population is lower than it was in 1931 by a million.

Many industries are centred around or largely based in London, including financial, creative, professional services and legal. While there are plenty of exciting regional pockets of activity, in cities such as Manchester, Bristol, Edinburgh and Birmingham, a London office address still comes with prestige and easy access to both clients and suppliers based nearby.

While the working world has undoubtedly changed, a fantastic office space where your staff can hot desk, hold meetings and get together for brainstorms is still a must. If you’re on the hunt for an office in London, here’s everything you need to know about the city. 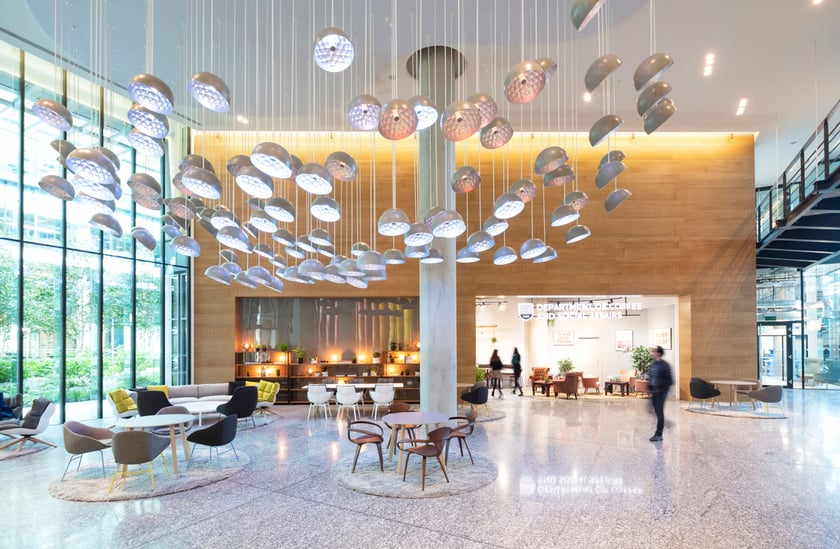 Canary Wharf or the City of London is where you’ll find the biggest names in financial services, professional services and law. It’s the serious business heart of the city, where sharp suits and polished pumps are the unofficial uniform. Less than 10,000 people live in the City (which is just one mile in area) but more than half a million people work there, demonstrating just how much business dominates this part of the capital. Multi-national giants including KPMG, Clifford Chance, Barclays and Morgan Stanley can all be found here.

The arts are largely centred around the West End of London, with Covent Garden and Soho where you’ll find leading names in theatre, cinema, publishing and broadcasting. Slightly further north to Camden Town and you’ll be surrounded by edgier occupiers of the same industries, making the central west of the city a great place to be based if you’re seeking a less corporate feel.

If you’re in the media, East London is a great place to be based. Until the ‘70s, most were concentrated along the City’s Fleet Street, but the need for more space prompted many to relocate. Media giant News International has a publishing plant at Wapping, where newspapers like The Times and The Sun are produced.

However, London as a whole is considered one of the UK’s key business areas. Even if budget constraints or space requirements mean you need to choose a different borough or area, being based anywhere in London will put you close to the action.

The London Underground spans most of Greater London

With 11 lines stopping at 270 stations, the London Underground is the most extensive metro system in the UK. You can reach virtually anywhere in the city using the Underground, and it’s often the quickest way to travel due to notorious road congestion. You can travel from Upminster to Uxbridge and so many destinations in between using this transport option.

There are 112 London Overground stations

London’s rail network spans the city and was set up in 2007 in place of Silverlink Metro Routes. More than 189 million journeys were made using London Overground trains in 2016/17 and it’s an easy and convenient way to travel across London any time.

East London is covered by the Docklands Light Railway

Also known as the DLR, this automated metro system covers the Docklands, Stratford, and Woolwich as well as parts of south London including Lewisham. For many, it’s a convenient way to reach London City Airport. The DLR operates across seven lines and stops at 45 stations, taking around 116 million passengers across the city every year.

There are 369 railway stations in Greater London

London boasts the densest railway network in the UK, making it easy to travel across the city, the country and even the world from here. Nine of the country’s top 10 busiest stations are in London, including Waterloo, Victoria, Liverpool Street, St Pancras International and Kings Cross.

Transport for London (TfL) is the primary operator, and you can travel from Knightsbridge to Kingston or Canary Wharf to Covent Garden via bus.

London has a network of designated Cycleways

Many Cycleways exist across London, making it easier and safer for people to navigate the city by bike, and more than 450km of new routes are being created over the next four years.

Four motorways link London to the rest of the country

The M1, M11, M25 and M4 all run past London, so it’s easy to travel to and from the city in any direction. While driving around central London is not the most convenient or quickest way to get around, outer London boroughs have excellent road networks that are used by many commuters.

There are six London airports

Heathrow, Gatwick, Stansted, London City, Luton and London Southend all serve the residents of London. You can travel internationally, short-haul and domestically from any one of them, though Gatwick and Heathrow are your best bets for long haul or exotic travel.

There are hotels for every budget across London

You’ll find hotels everywhere in London, from affordable places to rest after meetings and host fuss-free events to some of the grandest establishments in the world. Popular hotel brands including Marriott, Hilton, Radisson Blu, IHG, Travelodge, Premier Inn and many more have locations across the city.

But if you’re looking for luxury, London can deliver that too – think Claridge’s, The Ritz and The Savoy. The Grade 1 listed St. Pancras Renaissance Hotel is full of historic character and just steps from the station, making it a great place to welcome international guests. Similarly, Andaz London Liverpool Street is easy to reach if you’re travelling by rail, while the chic ME By Melia is a stylish option for discerning guests. 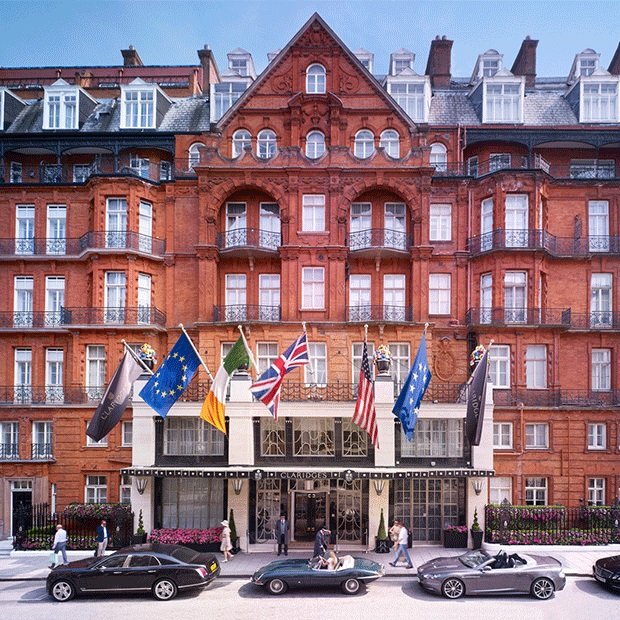 London has hundreds of world-class restaurants

London’s culinary scene is so vast it’s almost impossible to give an overview. British bistro, French, Italian, Thai, small plates, sharing platters, tasting menus and so, so much more await you here. And if you’re looking for a place to host an upmarket client lunch or dinner, you’ll be spoilt for choice. Impress by visiting Michelin-starred seafood restaurant Angler, Cecconi’s in Mayfair or celebrity favourite Chiltern Firehouse.

If you’re in the mood for something laid back, chat over sushi in Soho’s Jugemu, share delicious food and quality wine at French eatery Cabotte in the City or sample Mexican delights at El Camion. You can also schedule brunch or afternoon coffee meetings at Artisan Coffee, a quaint café company with a number of locations, Clapham’s Birdhouse, Fulham’s stylish Boys ‘n’ Berry and creative hub Brunswick East. 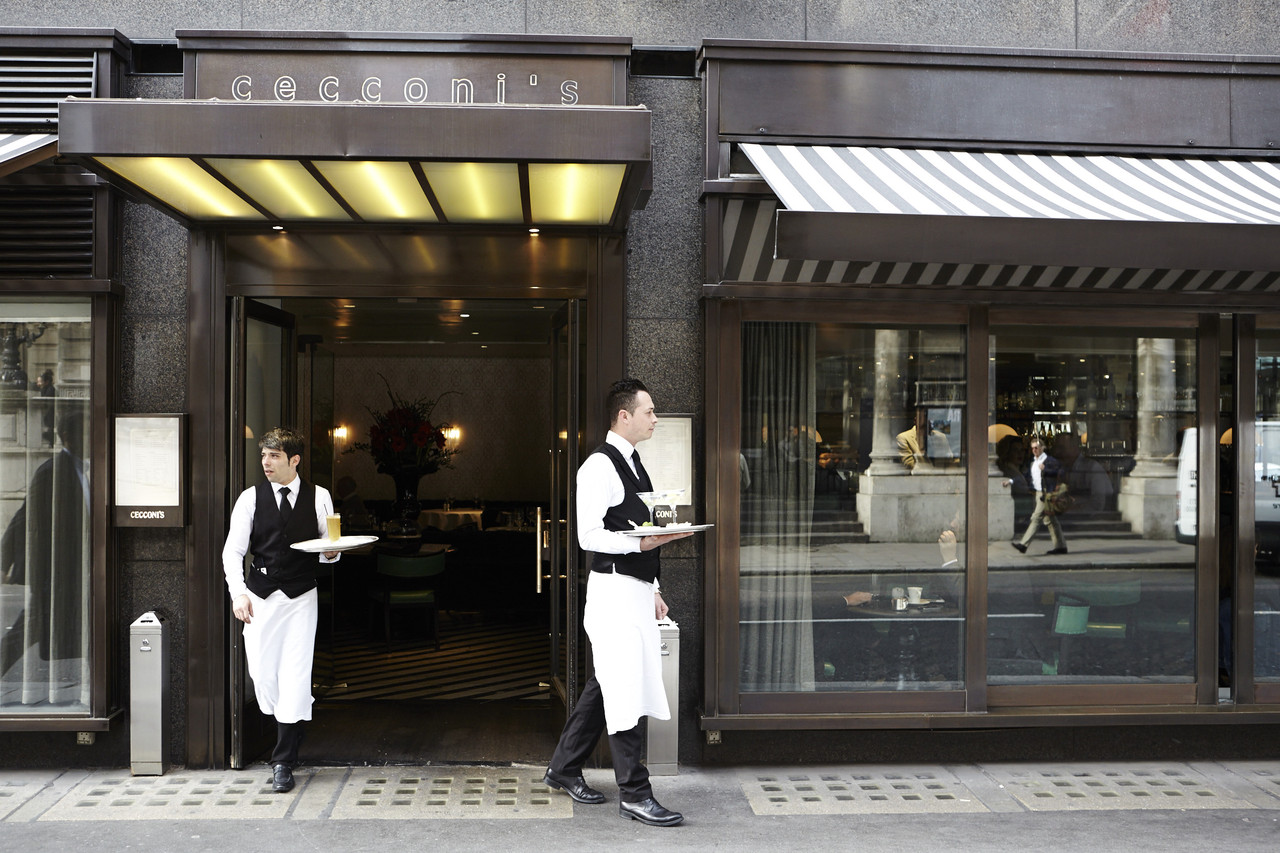 There are meeting spaces for every occasion in London

Bright and airy, artsy and rustic, room with a view or timeless and professional – you name the kind of meeting space you’re looking for and you’ll find it in London. You can hire large rooms at one of the thousands of hotels or event spaces here; the Bridewell Suite at Crowne Plaza, the City, 30 Euston Square’s auditorium and Six Storeys on Soho can fit between 200 – 300 guests.

Alternatively, there are so many quirky or intimate spaces to hire across the city. It’s impossible to narrow down a whole city into just a paragraph, but you’ll find rooftop terraces, Bedouin tents and former asylums, among so much more, waiting for you here.

Offices, serviced offices and co-working spaces to rent in London 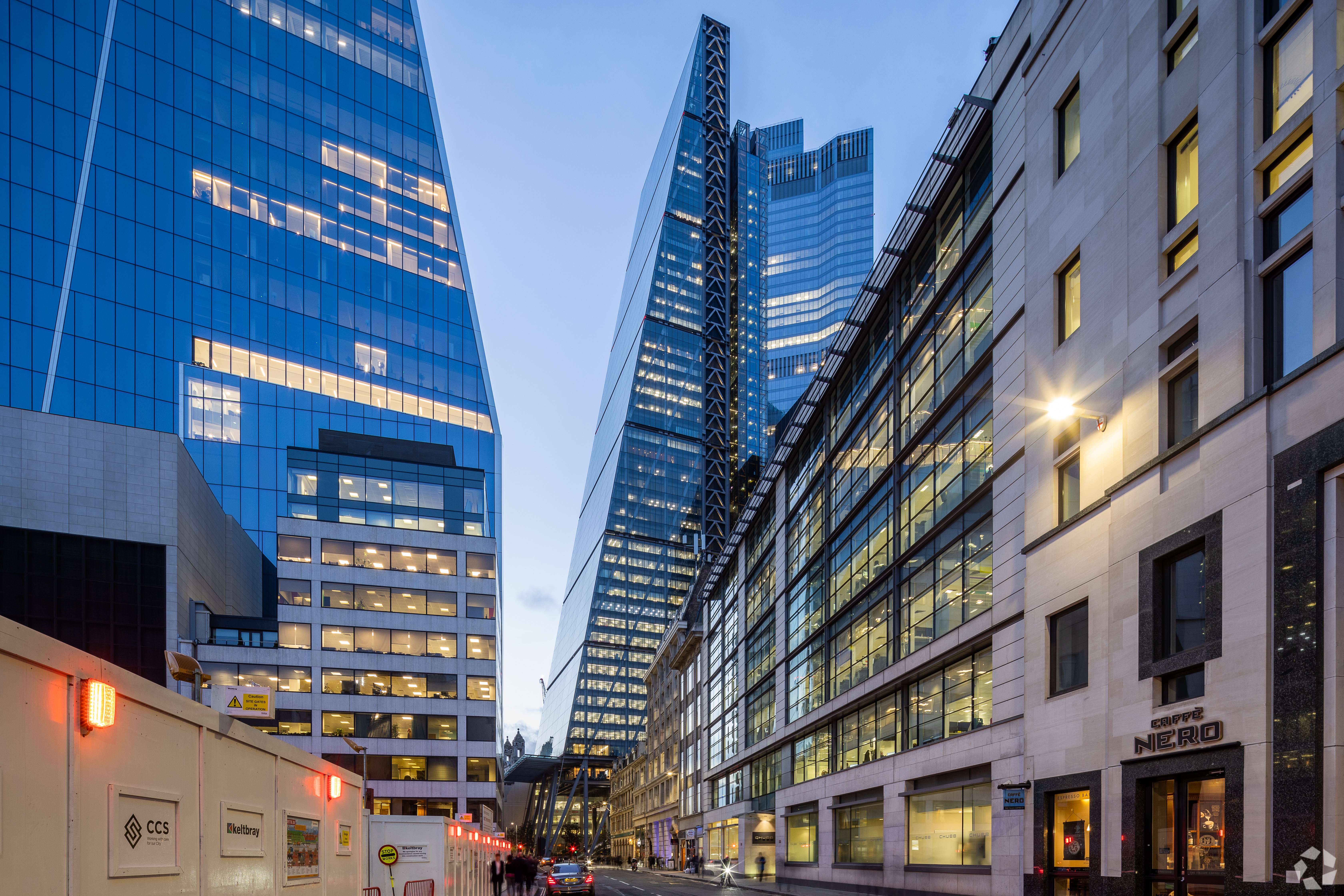 Once the working day is done, you’ll be free to take advantage of London’s endless entertainment options. Great bars can be found around virtually every corner, from Camden Town’s cool joints to Knightsbridge’s classy wine bars to Brixton’s bustling venues.

Alternatively, check out one of the capital’s pub theatres, West End performances or unique music, dance and theatre shows. There’s something for every taste. Pop-up events, limited-run shows, dining experiences and markets, plus classic tourist attractions and the striking cityscape, mean you’ll never be short of things to do in the capital.

There are loads of handy amenities in London

London has so many retail hotspots. If you’re looking for independent and quirky, visit Camden Lock Market, Greenwich Market, Neal’s Yard or Broadway Market in Hackney. But if you’re seeking out high street brands and high-end stores, Oxford Street or either of the enormous Westfield Shopping Malls are great places to visit. You can also get a taste of luxury on Bond Street or King’s Street, where jewellers, boutiques and exclusive retail destinations are found.

If you love to keep fit, there are hundreds of gyms and fitness centres across London. Go intense at F45, get toned and strong at Barrecore, take a class or go it alone at David Lloyd or treat yourself to luxury at one of the many bespoke gyms. There are plenty of options for gym-goers on a budget too, as PureGym, The Gym, DW Fitness First and Fitness4Less have locations across the city.

More than 300 languages are spoken across the city, which may be why London is known as a multicultural melting pot.

Black cab drivers are famed for their incredible knowledge of London’s roads, and they must pass a test called ‘The Knowledge’, which requires them to memorise every street in the city, before earning their stripes.

During the 18th century, London was overtaken by the ‘Gin Craze’, which saw the average person down two pints of the spirit every week. After 30 merry years, a law was passed in 1751 that brought this drunken time to an end.

London University was the first institution in Britain to allow women to study, opening its doors to females in 1878.

The Underground has been around for so long that, when it first opened in 1863, its trains were steam-powered.

London has so many trees that it technically falls within the UN’s definition of a forest.