Arts and affluence meet in London’s West End. Also known as ‘theatreland’, the area just west of central London is home to the best stage shows in the world, second only to New York’s Broadway. But there’s more to the West End than the old razzle dazzle. Loosely defined as stretching from Charing Cross out to Leicester Square and the edge of Mayfair and Fitzrovia, you’ll also find upmarket retail establishments, broadcasting giants and some top-notch eateries in this part of town.

Theatre made itself firmly at home in the West End around the 16th to 17th century, when the Theatre Royal Drury Lane was re-established by King Charles II in 1660. Now, the institution still stands in the West End (though it was rebuilt following a fire in 1809) and you’ll find other prestigious centres like the Royal Institute of Dramatic Arts (RADA) occupying the streets.

London’s West End has an upmarket reputation going back centuries. It was favoured by the city’s wealthy as it was usually upwind of the smoke and smog that choked the Docklands. Areas including Westminster, Mayfair and Fitzrovia have retained this upper class feel, while Covent Garden was extensively redeveloped from run down to a tourist haven over the 19th and 20th centuries.

Basing yourself in the West End means you’ll be close to central London’s main business districts, including the City, while being in the heart of the creative action. Read on to find out everything you need to know about leasing an office in the West End. The West End is rather a glamorous place to base your business, and it’s understandable why it’s sought after with companies ranging from media agencies to private wealth firms. In some ways, this part of London is like a city of its own, with distinct areas attracting certain types of businesses.

Soho, for example, is a particularly vibrant part of town. Lots of post-production companies have flocked to the area, to make the most the scene. Here you can expect to find businesses involved in TV, film and advertising with all kinds of studios taking up space. Oxford Street has a similar creative feel, but you’re more likely to have a media, PR or marketing agency as your neighbour if you’re based on one of the side streets.

If your business is centred on finance, law or anything luxurious, areas skirting the very west of the West End in Mayfair will suit you well. The quieter tree-lined streets just south of Oxford Street provide a central haven popular with private firms.

Getting around London's West End

You can join the underground in the West End at Covent Garden, Piccadilly Circus, Oxford Circus, Leicester Square and Charing Cross. All of these (apart from Charing Cross) are on the Piccadilly Line, making it easy to hop between them as you get around the West End. Charing Cross is on the Northern Line and Bakerloo, which will take you south of the river and over to the City as well as other transport hubs, like Paddington.

These bright red double-deckers are a part of the scenery on the streets of the West End. A single journey is £1.50, no matter how far you go. With lots of night buses running, these may also be your best bet for getting home after your work outings.

Although the tube and bus services are fantastic, especially in this busy part of London, a taxi might be more reliable. If you need to visit a client, you can take one of the popular black cabs, with meters starting at £3.20, or use a minicab, which may be cheaper.

Cycling around the West End

The idea of cycling around the West End may sound like a sightseeing tour, but it’s actually a viable way to dart between meetings. The London bike hire scheme lets you rent a bike for £2 for 24 hours, with the first half-hour free. You might be able to go to a few meetings in a day without needing to pay anything for your transport.

Offices to rent in Soho 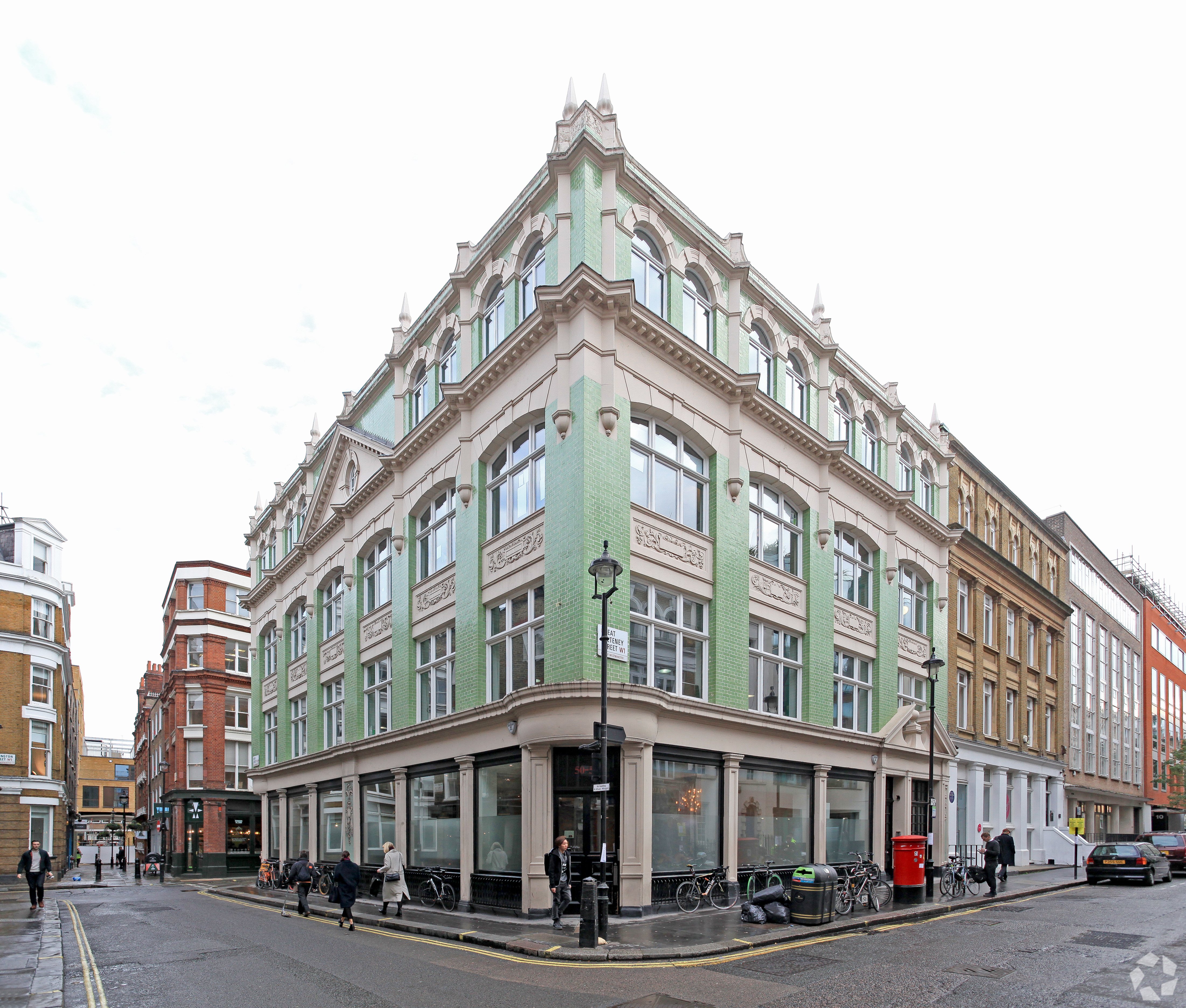 Business amenities in the West End

Take your pick of great hotels in the West End

Popular for overnight guests enjoying a getaway in theatreland, it will come as no surprise that there are lots of hotels in this part of London. When you’re stay is strictly business and you’d like somewhere peaceful to stay, head to Mayfair for some luxury. There are lots of famous hotels in this area, such as Claridge’s, The Connaught Hotel and Grosvenor House, which are great recommendations for clients who want a treat.

If you’re on a tighter budget, you’ll find a number of smaller hotels with smaller price tags to match around Soho and Goodge Street. There are also lots of options around Leicester Square, but it’s much busier and you might want to reserve these for staying overnight after a work outing.

Offices to rent in Bloomsbury 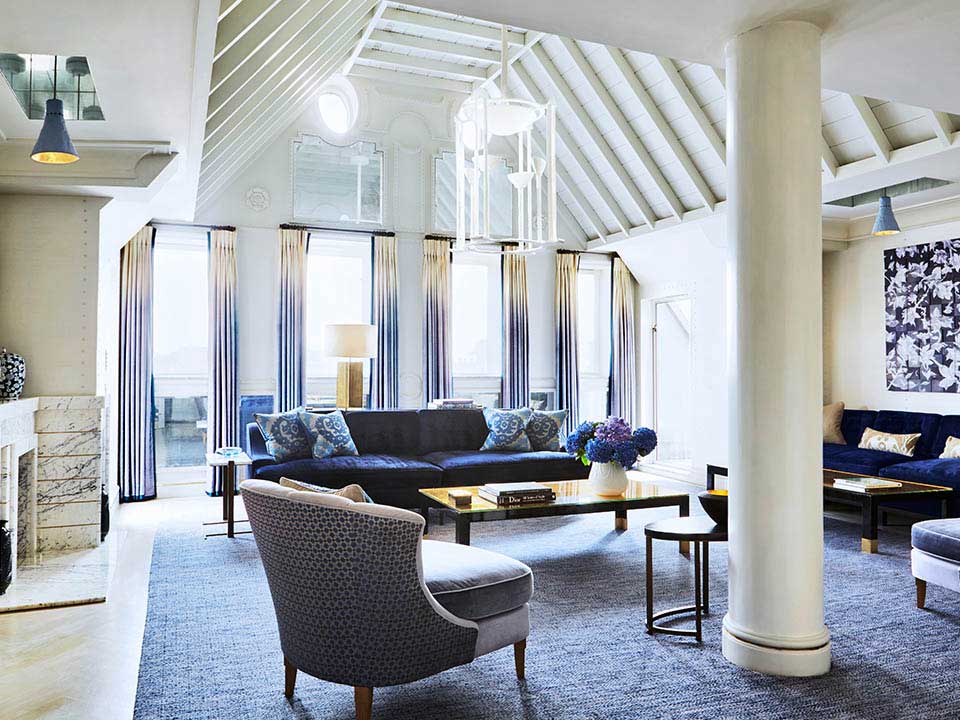 Where to eat in the West End

When it’s time to take a client out for lunch, you won’t be short of options in the West End. You can take them to one of the posh hotels in Mayfair – just make sure to book in advance.

For something more laidback, but just as indulgent, Covent Garden has all kinds of options. There’s the full French bistro affair at Chez Antionette, modern British delights at Frog by Adam Handling, and Rules – London’s oldest restaurant.

Quick bites can be found across the area including favourite lunch spots Olives and Meze and BAO, as well as after-work havens Bob Bob Ricard and Flat Iron Steak. Lots of businesses look to the West End as a hub for meeting clients, whether it’s for a quick coffee catch up, a meal out or a full-day workshop. If it’s the latter, you’ll find a number of spaces offering peace and quiet.

MSE Meeting Rooms offers a bright modern space to chat over important details, with traditional office facilities. If you’d like somewhere cosier and more colourful to get creative, The Space by Starstruck offers an inspiring setting with comfy seats to make everyone feel at home.

You can also rent meeting rooms at lots of hotels, offering a more luxurious setting but just as much practicality. A few popular properties include The Courthouse Hotel near Carnaby Street in Soho, St James’s Hotel in Mayfair and the Ham Yard Hotel near Leicester Square. 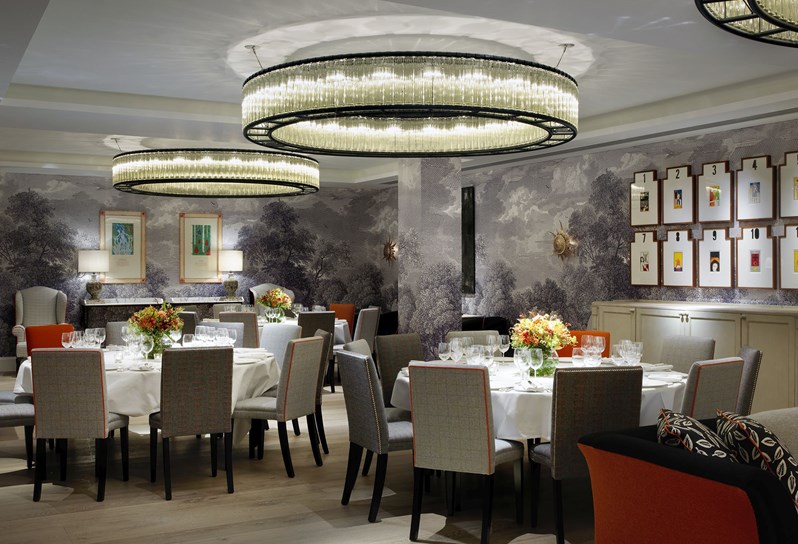 The West End of London has plenty of other handy amenities

The country’s busiest shopping street, Oxford Street, can be found in London’s West End. Around nine million people pass through it every year, and it’s home to flagship stores from huge brands including Nike, Selfridges, Topshop and so many more. Regent Street is also a great place for a lunchtime wander, with brands including H&M and Levi’s occupying space there. A short stroll will take you to the high end paradise of New Bond Street, home to designer names including Dior, Chanel, Louis Vuitton, BVLGARI (to name just a few). If you’re a luxe lover, it will feel pretty close to paradise.

You’ll be spoilt for choice when it’s time to visit the gym too. From state of the art Jubilee Hall Gym to futuristic SIX3NINE to Third Space Soho, there are lots of upmarket options for discerning fitness fans. But if you’re looking for a more affordable place to exercise, there are budget options too, including TheGym, PureGym and DW FitnessFirst, alongside a host of interesting independent options.

Offices, serviced offices and co-working spaces to rent in Fitzrovia 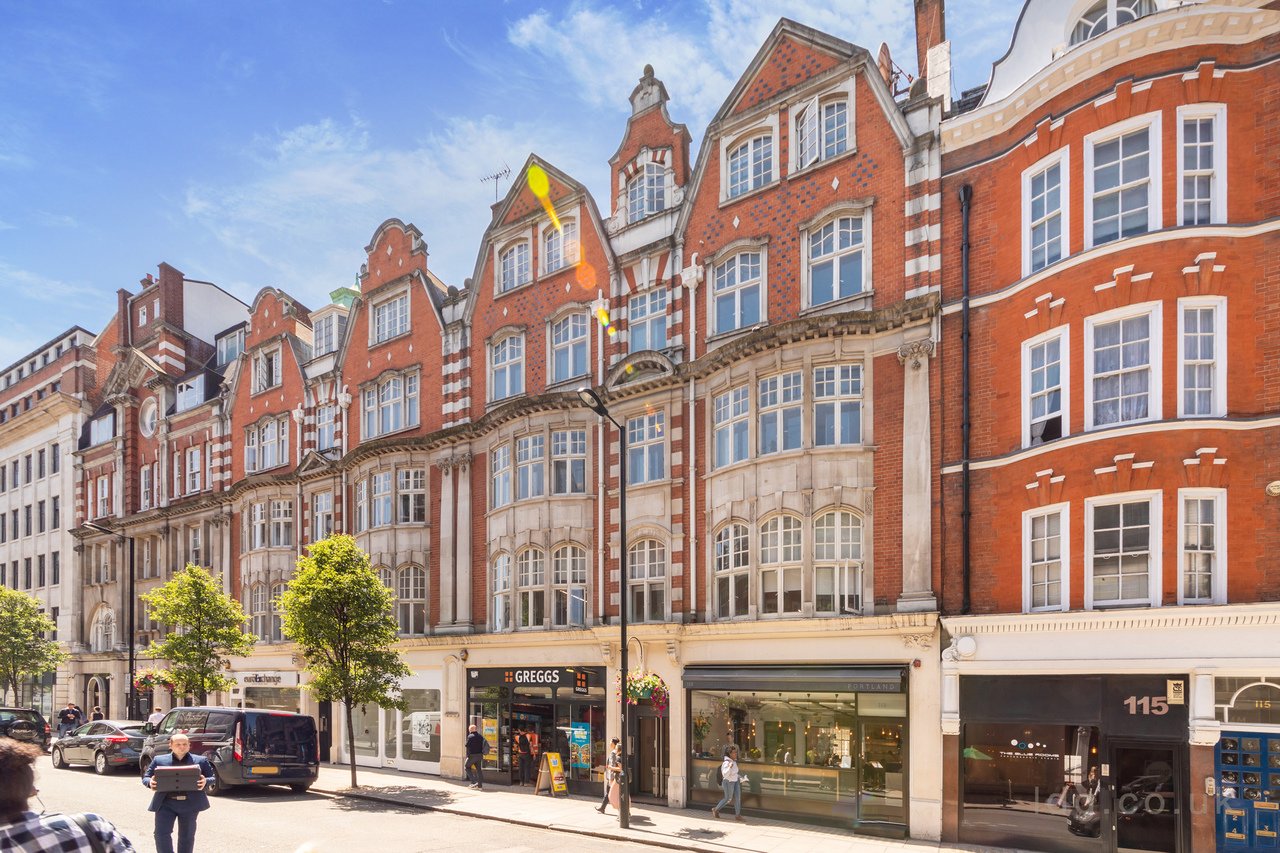 Soho was once part of Henry VII’s hunting grounds. It’s hard to imagine now, but it was once dense woodland.

All but one theatre closed in the Blitz, with the Windmill staying open to entertain people with comedy shows.

Carnaby Street was the birthplace of Mod fashion in the 60s.

Oxford Street may feel like a concrete jungle, but it is home to some gardens built on top of a Victorian substation. Brown Hart Gardens, just off Duke Street, are 10,000 square feet public gardens for all to enjoy some respite.

The distance between Leicester Square and Covent Garden is one of the shortest of all the tube lines at just 260m long.

There’s only one pub left in Covent Garden – The Flying Horse. But don’t worry, there are lots of bars in the surrounding streets for after-work drinks.