Once a Roman settlement in 122AD, Newcastle upon Tyne (or Newcastle, for short) is now one of Britain’s most iconic, diverse, and vibrant cities. If you’re looking to establish a business here, you’ve made a good choice.

Newcastle has a long history as a major trading area – and was a powerhouse during the 19th century Industrial Revolution. Its ambition for growth is still very much alive today, with £1.5 billion of investment planned. The city is renowned for being the business, educational and social hub of the North East, contributing some £13 billion towards the UK’s GVA.

Walking around, you’ll still see some landmarks from Newcastle’s rich past, set against the River Tyne. However, the area’s many refurbishments have transformed it into a modern metropolitan, home to some 302,820 residents.

If you love the company of intellectuals, you’ll feel right at home in Newcastle. Academics were first attracted to the area in 1793 when the famous Literary and Philosophical Society was formed. Today, there are three prestigious universities in Newcastle, including the Durham University (a member of the Russell Group), Newcastle University (top ranking for computer sciences) and Northumbria University at Newcastle, which features in the world university rankings.

Keen to find out more about renting office space in Newcastle? Here’s everything you need to know. All the action happens in the Newcastle city centre, which is both the historical heart of the city and the main commercial centre. It’s made up of areas including Haymarket, Quayside, Central Station and Grainger Town.

Haymarket is a prominent business area, with lots of opportunities in software development, technical support, gaming and other creative industries. It’s surrounded by the two main universities and is also home to Northumberland Street, the town’s main shopping street. Drive six minutes down the road and you’ll find the Newcastle Helix, a hybrid city quarter purpose-built for international tech and science businesses. It’s currently undergoing a £350 million regeneration scheme, which aims to create 4,000 high tech jobs and bring together industry leaders, businesses and top researchers in an innovation community.

Central Station, as the name suggests, is home to Newcastle’s railway station. Adjacent to this is Stephenson Quarter, another exciting £220 million development seeking to become one of the leading office and knowledge districts in the North East. Once complete, the development hopes to house a college, four-star hotel, office buildings and conference centres.

Quayside is where the hard-working folk go to unwind once the clock strikes five, famous for its bars and restaurants and picture-perfect, award-winning Gateshead Millennium Bridge. A little further down the road is Grainger Town, another area full of shopping, nightlife and neo-classical architecture.

Getting around in Newcastle

Newcastle is a well-connected town, with buses and trains located near one another.

Moving around town is quick thanks to the Tyne and Wear Metro, which has four underground stations in the city itself, running north to south. Easily access Haymarket and Central Station using the green and yellow lines. Keep travelling north and you’ll reach Newcastle Airport, or change direction and head south towards Sunderland and South Hylton.

There’s an international airport in Newcastle

Located on the outskirts of Newcastle, about 6.5 miles from the city centre, is the Newcastle International Airport. Opened in 1935, it serves just under 5.2 million passengers and 85 destinations, making it the 11th busiest airport in the UK. It’s particularly popular for travellers from southern Scotland.

Newcastle is a city for buses

Within the city centre, you can easily hop on and off Stagecoach buses, which call at several stops rather than at designated bus stations. In fact, many of the city’s roads have been designed for buses only.

Travel by rail or major road

Right above the Central metro station is the city’s mainline railway station, located on the East Coast Main line. If you’re looking to get to London from Newcastle, London North Eastern Railway has a train travelling that direction every half hour (for a total trip time of just over three hours). And if it’s Scotland you’re heading to, there are trains every two hours travelling northbound.

If you’d prefer to take the car, major roads include the A1, which stretches from Edinburgh to London. There’s also the A19 heading south in the direction of York, or the A1058 coast road, running down the east coast.

Cycling is becoming more popular in Newcastle, thanks in part to the Newcastle Cycling Campaign. Cyclists can easily travel to the edge of the city using many traffic-free cycle routes. From there, they can continue into town using the no-car lanes. Hotels for every taste

When it comes to hotels suitable for corporates, Newcastle spoils you for choice. Choose from the usual affordable options, including Holiday Inn, Premier Inn, Travelodge and Crowne Plaza (offering a gorgeous Mineral House spa and pool). One of Newcastle’s most popular budget hotels is the award-winning, four-star Maldron Hotel. Located in a prime central location, it offers modern but affordable rooms, perfect for a corporate stay or business meeting.

For a classic historical touch, try the Hotel Du Vin, whose meeting rooms boast artwork recreating the industrial past. Or try the Otterburn Castle, a luxury hotel in the countryside that still retains its original grade II 9th century charm.

For a great view of the city, there’s the Malmaison Newcastle boutique hotel right by the Millennium Bridge. And for something closer to the airport, there’s the Grand Hotel Gosforth Park suitable for larger conferences.

Flavours from around the world

Newcastle’s restaurant scene is just as diverse as its people, offering up everything from Turkish dishes to Japanese, Indian, Thai, Lebanese, Pakistani and more. Locals will tell you the suburb of Jesmond has some of the best chic cocktail bars and eclectic dining, including the Rio Steakhouse with authentic Brazilian food and Saray Turkish Grill House, prized for its flame grill.

For a power-packed work lunch, try the Protein Bar, famous for making nutrient-rich meals that are still tasty and satisfying to the eye. If you love beautifully crafted sushi, Sushi Me Rollin’ continually pulls in high reviews.

Looking to wow clients? Try Simla, famous for its modern Indian food and gin cocktails, or Branches – another Jesmond gem that believes in the importance of eating with the eyes. If it’s a casual after-work drink you’re after, The French Quarter offers a wide variety of French tipples.

Meeting rooms of any size

Most of Newcastle’s popular hotels offer conference rooms, but if your clients aren’t staying overnight the city is full of meeting rooms, training rooms, board rooms and private lounges you can book for the day. Host an intimate meeting at The Snug, a panel at the Hyperion Suite or launch event at the Chateau Lounge. 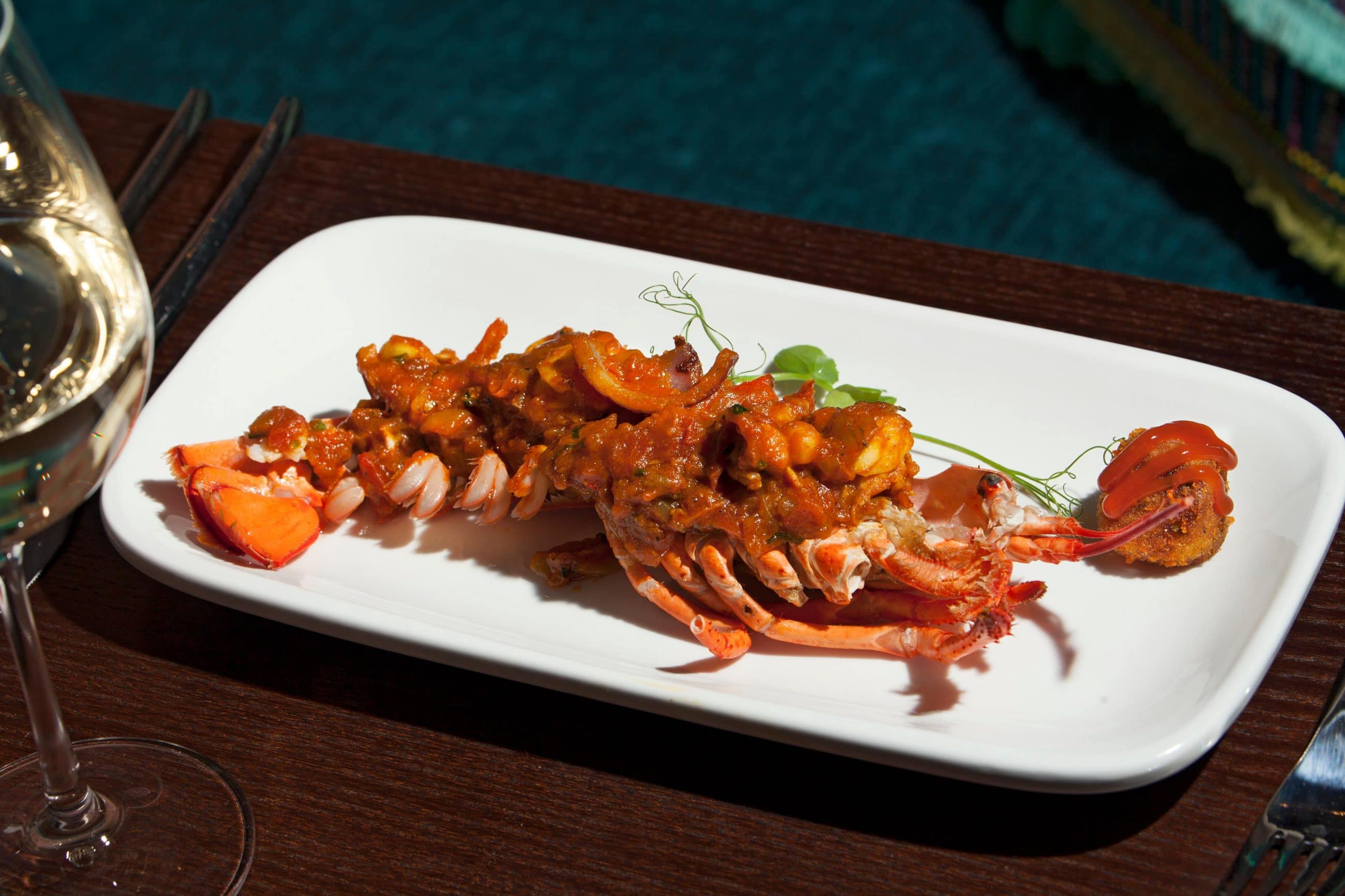 Other business amenities in Newcastle

Research and innovation is another growing focus area, and Newcastle University has lots of facilities available to use, from archaeological to biomedical, engineering, marine and agricultural facilities. 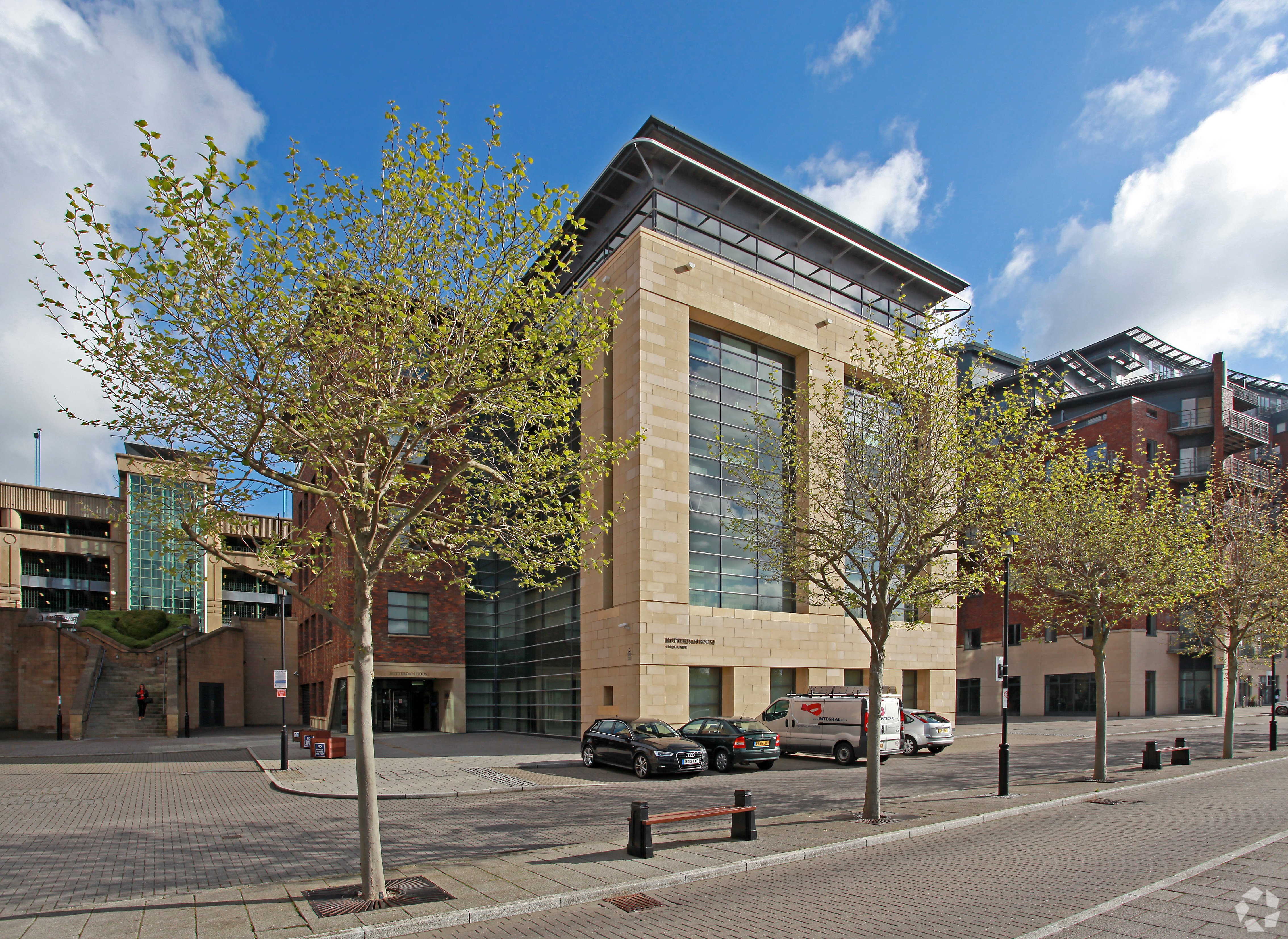 Geordie is also the name of the distinctive local dialect, which is the closest language left to 1,500 year-old Anglo-Saxon in England.

Every year, the city hosts the world's largest half marathon, the Great North Run, which attracts around 57,000 runners.

Famous duo Ant & Dec were both born in Newcastle. And Rowan Atkinson, of Mr Bean fame, completed his degree in Electrical and Electronic Engineering at Newcastle University.