Offices to rent in Salford

Salford is a city in the Greater Manchester area of northern England. It’s an exciting place to live and work, with major professional hubs including Liverpool and Manchester within easy reach. There’s also a large pool of talent here, as it’s home to more than 100,000 residents and the University of Salford.

Historically, Salford was a key industrial centre and established a positive reputation thanks to its cotton mills, silk spinning and weaving. It was also an important inland port, where goods could move in and out of the country via the Irish Sea. But as industry declined in the 20th century, opportunities for the residents of Salford also decreased.

However, the regeneration of Salford Quays in the late 1980s has brought life back to the city. Now, it’s where major broadcasters, including the BBC and ITV, have chosen to establish a base outside of the capital. There are also historic tourist attractions, such as Ordsall Hall and the Bridgewater Canal, as well as modern landmarks such as the Lowry Centre.

Want to find out more about offices in Salford? Here’s everything you need to know. 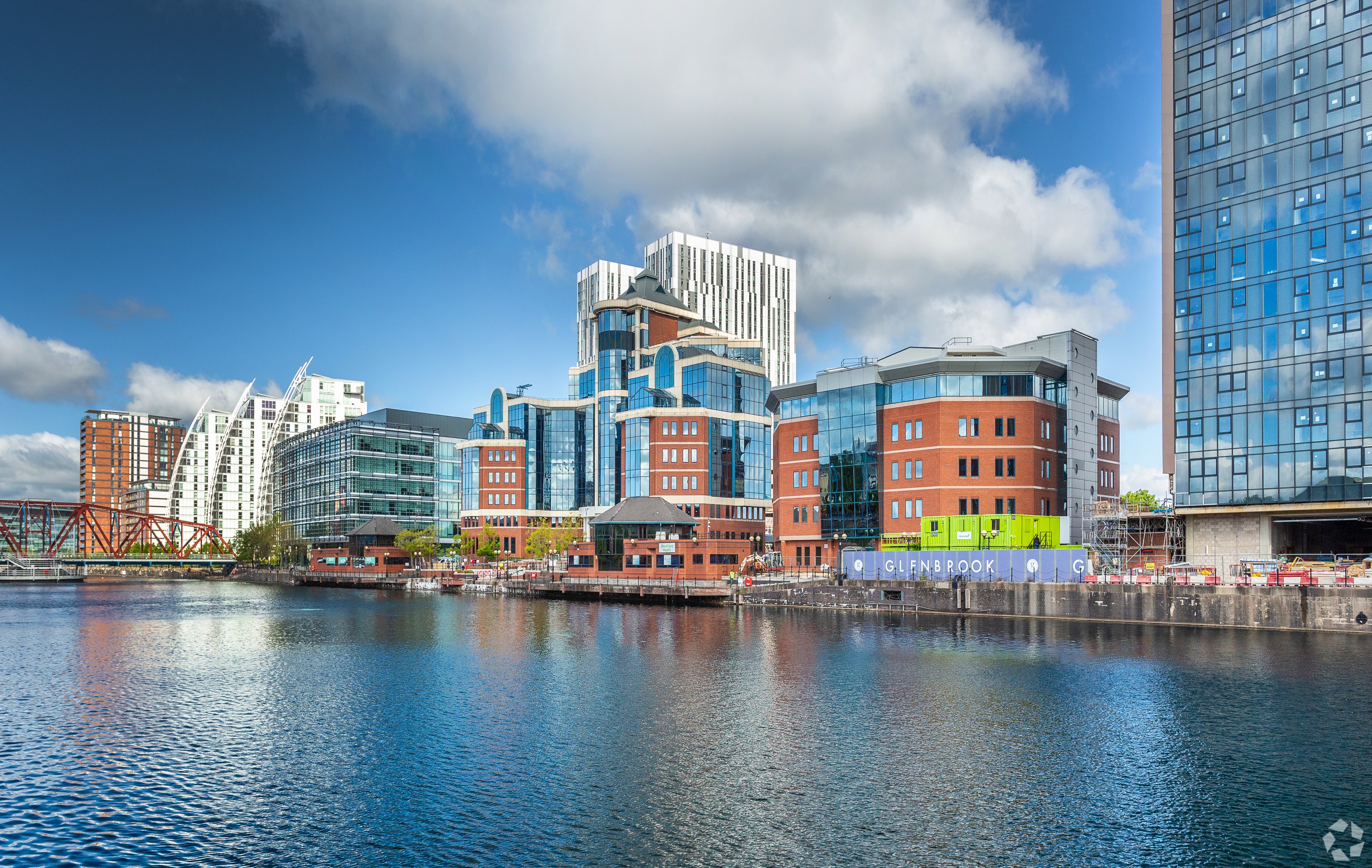 Salford Quays is where most of the city’s activity is centred, particularly around the MediaCity area. As its name suggests, you’ll find broadcast and radio companies here. It’s thought MediaCity, and the surrounding developments have created around 40,000 new job opportunities in the last decade, which has given the city a welcome boost after the decline of industry.

The city centre of Salford is also a bustling area. It’s home to major retail brands and large office buildings, including Exchange Court and developments on the banks of the River Irwell. In the 12 months between 2016 and 2017, the professional services and retail sectors grew by 35% and 30%, respectively, showing just how much opportunity there is in the city.

There is one main train station in Salford

Salford Crescent is located just off the A6, next to Peel Park. Transpennine Express and Northern services stop here, so you can navigate the north of England with ease. Eccles train station is also within easy reach and offers a convenient way to commute in for those in the nearby town.

A network of tram services run across Salford

The Greater Manchester area’s tram services extend to Salford, and there are eight services in the nearby area. Salford is on the Blue Line, which stops in the centre of the city and connects with the broadcasting hub MediaCity in Salford Quays. You can also pop into Manchester via tram, as nearby Wharfside station is on the central Red Line.

Salford’s roads connect the city to nearby locations

The city is tucked between the busy A6, which leads from Manchester, and the M602, which connects Salford to Liverpool to the west. It’s also a handy route to take to a number of other destinations, including Bury, Rochdale and Warrington. And within Salford, its many residential roads are the main way for the city’s occupants to get around.

The two main bus service operators in Salford are First Group and Arriva, and you can catch services right across the city. There are also plenty of services that connect with nearby Manchester, making the bus a convenient way to travel to meetings that cuts out the hassle of finding a parking space.

It’s a convenient option for airbound travellers, as it’s just a short drive away via the M60 motorway. You can also reach the airport by rail or bus in under an hour; a convenient option if you don’t fancy paying long-stay parking prices. From there, you can fly to a number of destinations across Europe and further afield to places including Dubai, Abu Dhabi and Pakistan.

Offices to let in Salford 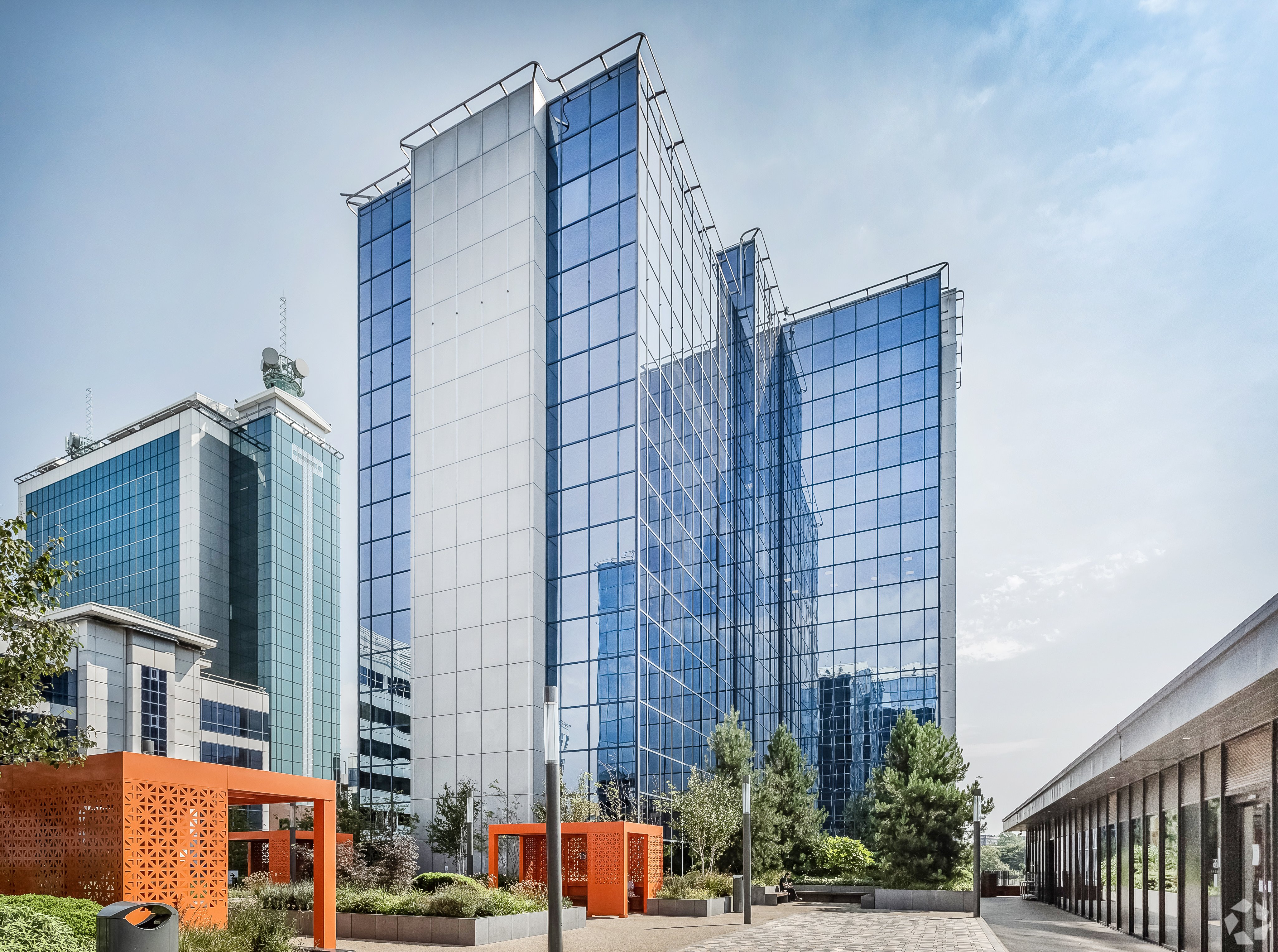 Salford has plenty of hotels for business travellers

There are lots of business-focused hotels in the Salford area. If you’re on a budget, you will find familiar brands such as Premier Inn, Holiday Inn Express, and Travelodge dotted across the city. At the other end of the scale sit properties like five-star The Edwardian Manchester, Marriott Victoria and Albert and the waterside Copthorne Hotel

You’ll find a number of meeting rooms close to Salford

Though Salford itself doesn’t have many places to meet, Manchester offers lots of options that are just a 10-15 drive or bus ride away. Manchester International Conference Centre is an excellent space for large events, as are Manchester University’s conference and events spaces. But if you’re hosting a smaller gathering, options such as thestudio and Chamber Space in Deansgate are just two of the excellent options available.

There are many tempting places to eat in Salford

No matter what you’re in the mood for, Salford has eateries for every taste. Grab a casual bite at Lime, which has a terrace for dinner and drinks during warmer months, dine at upmarket Indian restaurant Dishoom or sit down for steak at Alston Bar & Beef. But if the occasion just calls for a coffee, you’ll find popular chains like Costa Coffee and local cafés dotted across the city.

You can also access these handy facilities in Salford

If you’re a fan of keeping fit, there are lots of places to work out in Salford. You can visit PureGym Salford or JD Gyms, head to The FAST Gym for an MMA-style workout or body-positive female training space Siren Asylum. Nearby Manchester also has plenty of excellent options if you’re looking for something else.

You’ll find lots of high street stores at Salford Shopping Centre, which is located in the heart of the city. It’s home to plenty of places to eat and drink, familiar discount retailers and independent stores, so you’ll have lots of options here. You can also head to the other side of the river, where you’ll find the bustling Trafford Centre. There are a mix of high end and high street brands here, including Calvin Klein, Allsaints and Hamleys. 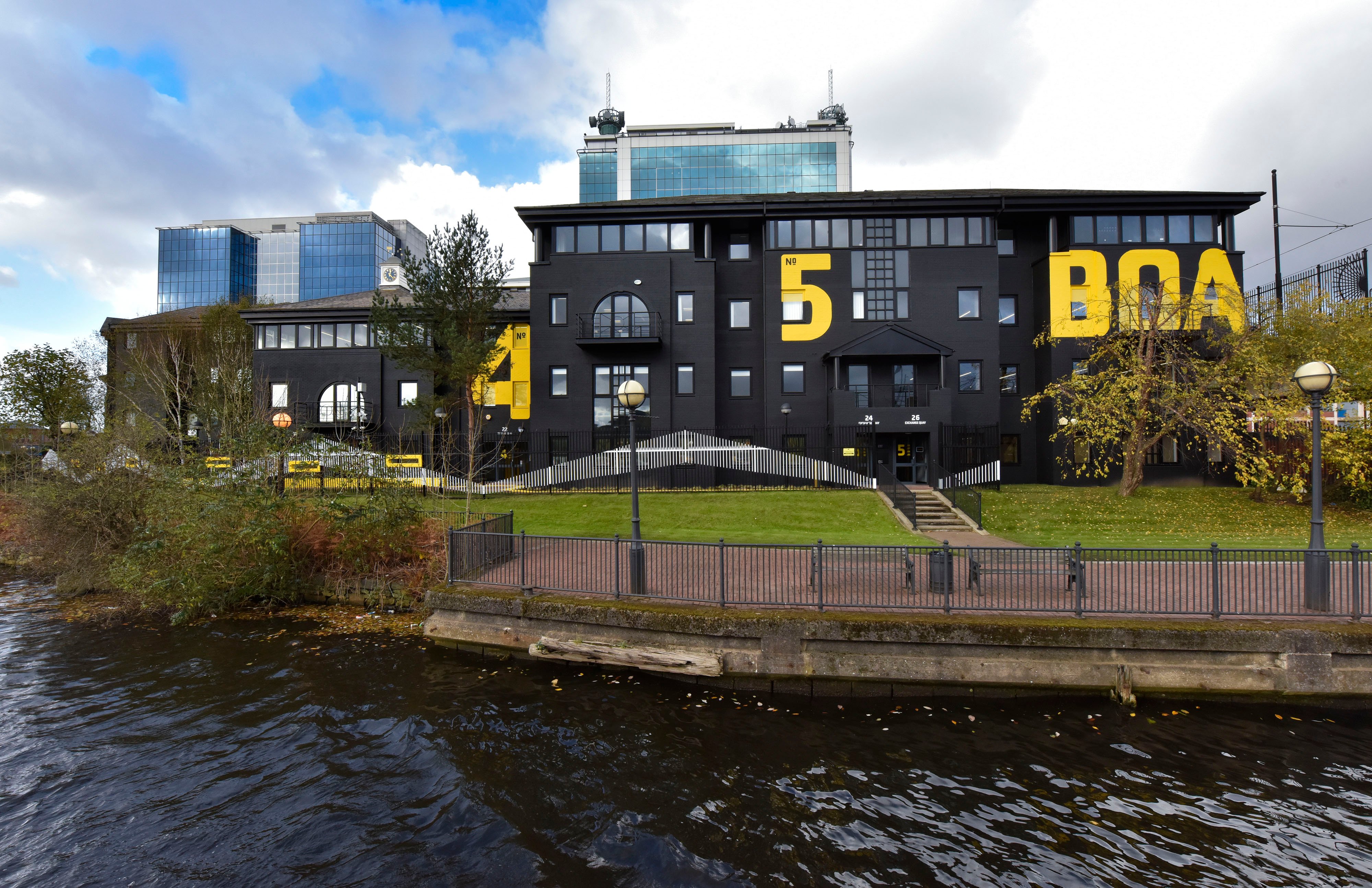 The only orange canal in the UK could once be found in Salford. The colour came from iron ochre that had leaked into the water but has thankfully been cleaned up now.

Vegetarianism began in Salford over 200 years ago. It was pioneered by Reverend William Cowherd, who eventually formed the Vegetarian Society.

Guy Fawkes’ plan to destroy the House of Parliament began in Salford’s Ordsall Hall, which has stood for more than 750 years.

Salford technically covers a far larger space than the area that shares its name and includes the towns of Eccles, Swinton, Walkden and Irlam.

Around 60% of Salford is made up of green space. You can spend your weekends exploring more than 30 miles of rivers and canals and 18 square miles of countryside parks.