Offices to rent in Sheffield

The ‘Steel City’ of Sheffield, as it’s known, is located in South Yorkshire. It has a population of around 584,000 people and is part of the Core Cities Group, a collection of the eleven largest cities in the UK. Despite its industrial reputation, a massive 61% of Sheffield’s area is green space, so you’ll get the perfect mix of urban and rural here. Sheffield also lies in the foothills of the rolling Pennines and around a third of the city is part of the Peak District National Park, giving you plenty of options for further exploring.

Sheffield played an important role in the Industrial Revolution and became known as a prominent centre for stainless steel and crucible steel production. However, due to increasing international competition, the majority of its metal works had closed their doors by the 1970s.

Now, this former industrial powerhouse has evolved after the decline of its steelworks. It’s now home to many exciting businesses, including those operating in the worlds of arts and culture, retail and professional services. Its local economy has continued to expand faster than other towns and cities nearby, growing by around 5% annually.

There’s a large pool of talent to pick from in Sheffield, as it’s home to two universities – Sheffield Hallam University and the University of Sheffield. The former began life as a polytechnic college and now offers a range of courses, while the latter is a prestigious Russell Group university, meaning you’ll find graduates with both practical and academic skills.

Want to find out more about renting an office space in Sheffield? Here’s everything you need to know. Sheffield’s Business Improvement District is based around the city centre. More than 500 local businesses are part of the scheme, which is dedicated to continually improving Sheffield’s central hub. In recent years, there has been a focus on improving the city’s early evening economy with the ‘Alive After Five’ initiative. It’s also home to a thriving retail scene and high street, where high-end brands attract plenty of visitors to Sheffield’s central hub.

In the Waverly area, you’ll find a number of engineering, technical and manufacturing businesses in the city’s ‘Innovation District’. It’s centred around the Advanced Manufacturing Park, which is home to businesses including Rolls Royce, Maclaren and the UK Atomic Energy Authority’s research centre. There are also plenty of enterprising start-ups based here, so it’s a great place to be based if you’re looking to make new industry connections.

There are five railway stations in the Sheffield area

You’ll find Sheffield’s main station just a few minutes’ walk from Sheffield Hallam University. Lots of services run both locally and nationally from here, as trains operated by CrossCountry, EMR, Transpennine Express and Northern stop at the station. There are four other local stations in the city’s suburbs: Dore & Totley to the south, Chapeltown to the north and Darnall and Woodhouse to the east.

You can catch buses and coaches across Sheffield

It’s easy to get around Sheffield by public transport, as the city has a good network of bus services. The most popular operators are First South Yorkshire, Stagecoach Yorkshire, TM Travel and Sheffield Community Transport.

The Arundel Gate Bus Interchange, next to the Crucible Theatre, is the city’s main bus station. From here, you can also catch inter-city services run by operators including Megabus, National Express and Stagecoach.

Sheffield’s Supertram is another convenient way to get around

Sheffield has its own tram network, which also serves neighbouring Rotherham. It runs along four lines, which span the city centre and suburbs. You can use it as a handy alternative to buses or to connect to other destinations, as Stagecoach tickets are valid on all services.

Two motorways connect Sheffield with the rest of the country

If you need to travel regularly for work, you can hop on either the M1 or M18 to reach other parts of the country. The M1 connects Sheffield with Leeds to the north and lots of cities including Nottingham, Leicester and London to the south. You can also use the M18 to travel from Sheffield to Doncaster and the Humber region.

It’s around 40 minutes’ drive from the city centre, or an hour if you’re using public transport. From here, you can fly to a number of short-haul destinations across Europe, or take a short flight down to London if you’re looking to then travel further afield.

Offices to let in Sheffield 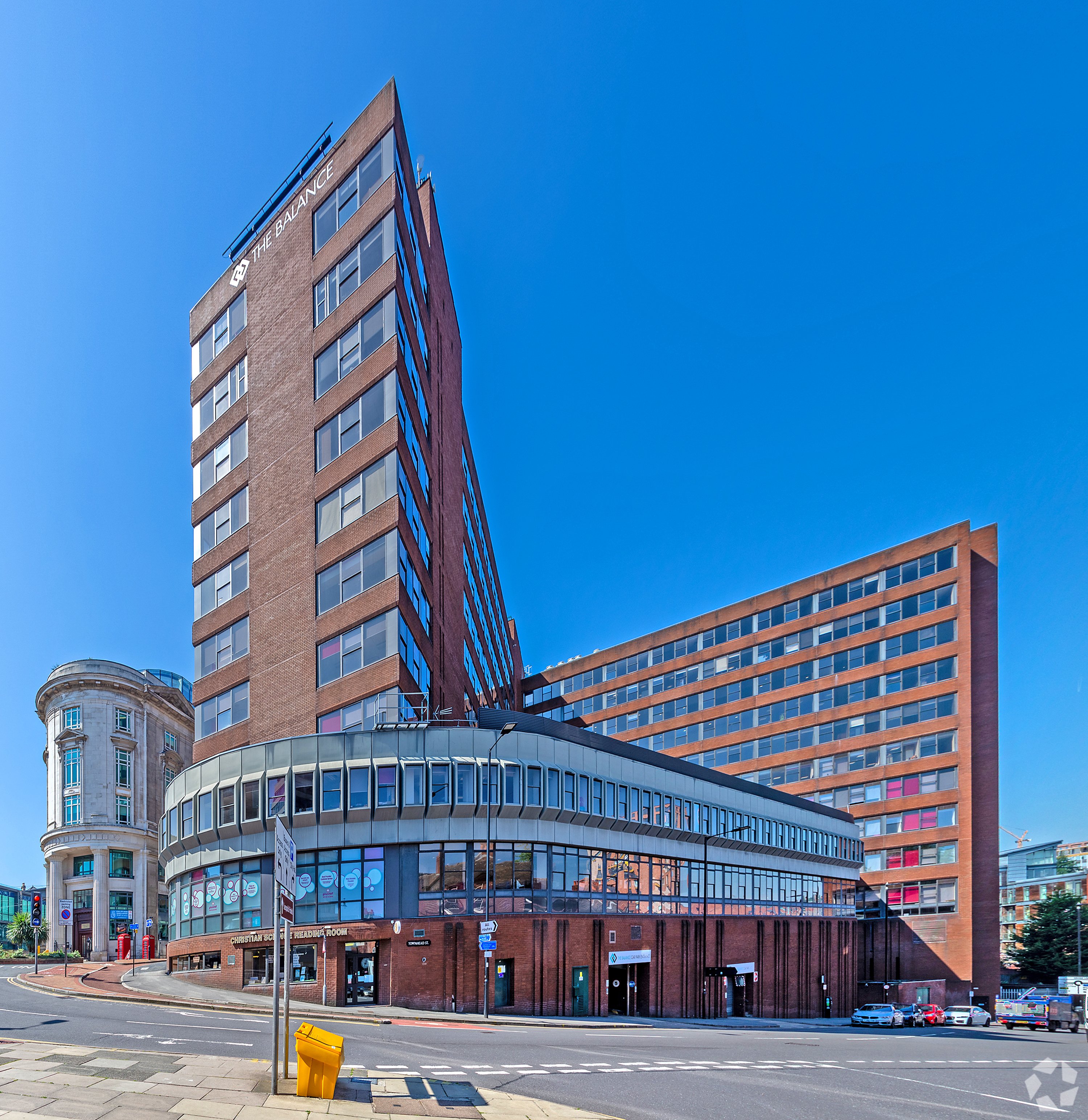 Sheffield has a good choice of hotels for business travellers

Whether you’re looking for an affordable place to stay or somewhere luxurious for a special client or event, Sheffield has plenty of hotel options. At the lower end of the scale, you’ll find well-known brands like Premier Inn, Hampton by Hilton and ibis dotted across the city centre and suburbs, as well as excellent independent hotels.

Looking for a property that will impress? You’ll find lots of hotels including the Leopold Hotel in the City Centre, suburban Brocco on the Park and Jury’s Inn for your special guests to enjoy.

There are lots of places to find great food in Sheffield

No matter what kind of cuisine you’re in the mood for, you’ll find something delicious to eat in Sheffield. Visit Grazie for a hearty bowl of pasta infused with the flavours of southern Italy, share sushi and sashimi at Edo Sushi or stop at Aagrah for authentic south Asian flavours.

In the mood for some classic British cuisine? Upmarket Silversmiths serves delicious Yorkshire-inspired dishes, while Joro pairs its small plates with exceptional local drinks. And if you’re just looking for a coffee spot, try Couch or 200 Degrees. Sheffield’s meeting rooms are dotted across the city

Whether you’re hosting a large event or need a space for a brainstorm or meeting, Sheffield has meeting rooms for every purpose. If you’re welcoming lots of guests for a conference or celebration, Sheffield United’s conference and events facilities are a great choice, as is Sheffield Hallam’s Conference 21 space.

But if you’re more flexible about space, there are plenty of venues for you too. Try One Space, renovated industrial building The Chimney House or the AMP Technology Centre, which have modern facilities and plenty of room to meet.

There are plenty of other facilities in Sheffield

Like to stay active? You’ll find lots of gyms in Sheffield, for every budget and taste. Affordable options like PureGym and The Gym are dotted across the city, alongside upmarket options like Nuffield Health. There are also boxing gyms, like St Vincent’s Boxing Club, as well as strength-focused facilities like Steel City Barbell and Titanium Strength Gym.

Sheffield also has a great selection of shops. In the city centre, you’ll find The Moor – a charming collection of stalls, local sellers and artworks that’s perfect for lunchtime browsing. There are also plenty of stores dotted around the centre, including high-street favourites like Primark, Next and Schuh. If you’re looking to do some serious shopping, head out to Meadowhall in Templeborough. This large mall houses lots of shops, a cinema and a variety of eateries.