Offices to rent in Shoreditch

Silicon Roundabout, also known as East London Tech City, is London’s most prominent technology centre. It’s located in the borough of Islington, centred around Old Street roundabout, Hoxton and Shoreditch and is home to many of Britain’s most innovative start-ups, tech unicorns (private companies worth over £1 billion) and huge multinationals like Google and Microsoft.

The transformation of this formerly run down areas has been rapid, rising from an undesirable extension of the City Fringe to an innovation hub. The 2008 recession caused many firms based in the area to leave their commercial properties, supressing rents and allowing start-ups to pick up their first premises. At the same time, many investment banks and other financial services made staff redundant, leaving a large pool of experienced talent free to go it alone.

Though its name was initially suggested as a joke, Silicon Roundabout has managed to successfully emulate many aspects of California’s famous Silicon Valley. In 2019 alone, London’s start-ups raised an incredible $3.8 billion in investment through venture capital firms, with fintech (technology-based financial services) and foodtech raising $2.3 billion (£1.8 billion) and $667 million (£514 million) respectively.

Want to discover more about living and working in Silicon Roundabout? Here’s everything you need to know. 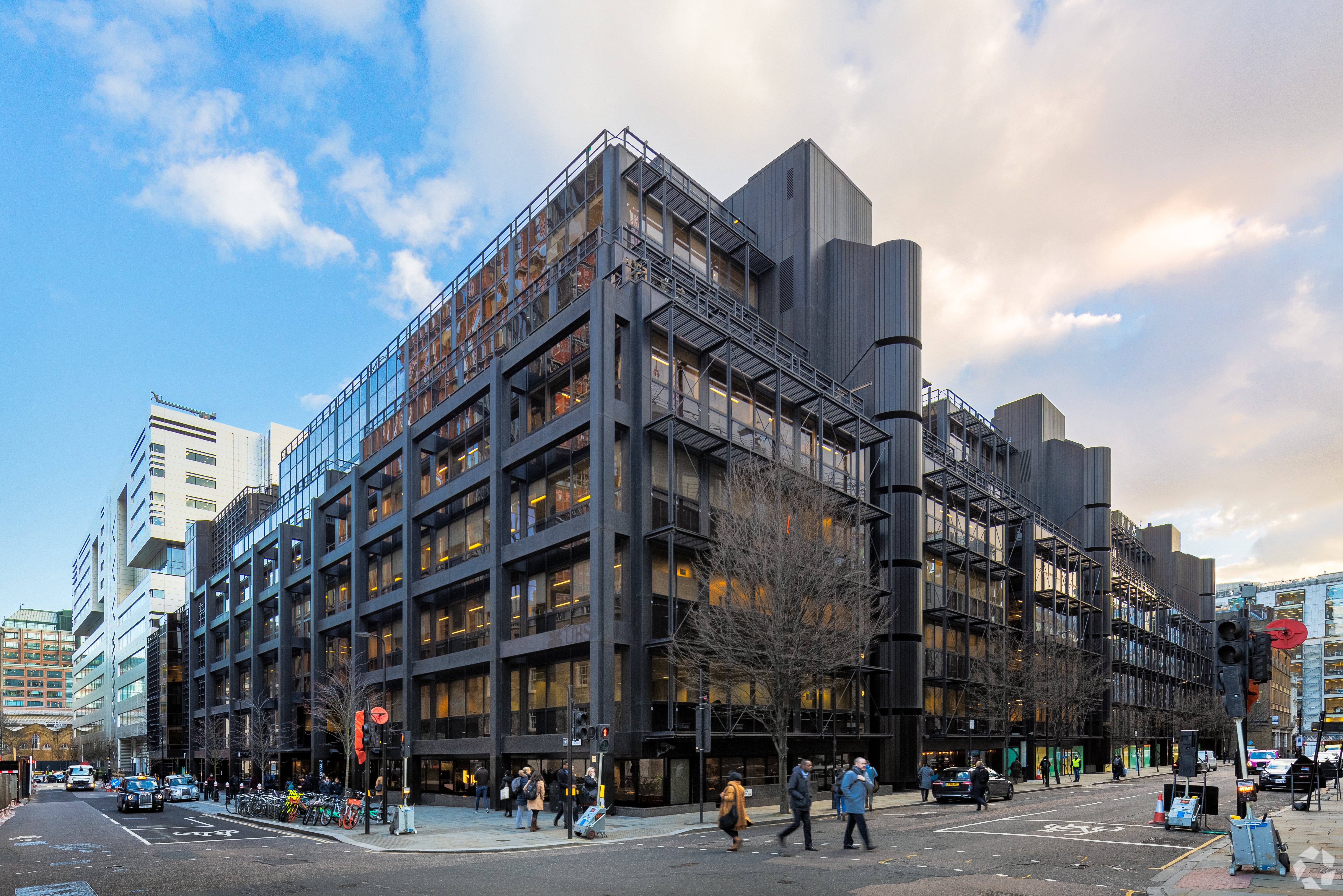 Getting around Silicon Roundabout

It’s on the Northern Line, which can take you both north and south of central London, as well as to many key areas around zone 1 and 2. You can also catch National Rail services from here, which are run by Great Northern Rail and take you north to Hertfordshire.

There are two Overground stations in Silicon Roundabout

Hoxton is to the north of the area, while Shoreditch High Street lies just east. You can catch handy Overground services from here to plenty of areas in and around Greater London.

The busy A501 is an arterial route through London and runs through the heart of Silicon Roundabout. As such, it’s easy to travel from east to west by road - though it’s certainly not the quickest way to travel through such a central area.

The Old Street roundabout is currently undergoing extensive renovations which will allow more segregated cycle lanes. That means it will soon be easier than ever to navigate the Silicon Roundabout area on two wheels or foot.

Two airports are within an hour of Silicon Roundabout

If you’re making a short trip within the UK or across to Europe, you can head to London City Airport. It’s a bustling airport that’s popular with business travellers and it’s best reached by public transport, which will take around 30 minutes. Gatwick Airport is also relatively easy to reach, taking around 45 minutes on public transport. It’s a better option if you’re taking a long-haul flight or looking for more choice of destinations.

There are plenty of hotels within easy reach of Silicon Roundabout

Whether you’re looking for an upmarket setting for an event or excellent accommodation for a client of honour, there are lots of highly-rated hotels in the Silicon Roundabout area. The Courthouse Hotel Shoreditch is a stylish choice, thanks to its large pool and excellent dining facilities.

Or, if you’re looking for more character, former Victorian warehouse Boundary London has plenty, thanks to its chic rooftop bar and delicious cuisine. The Montcalm Royal London House is another classy option.

But if you’re on a tighter budget, there are plenty of affordable options too. Familiar hotel chains like Premier Inn, Travelodge, The Z Hotel, easyHotel and more can be found in the area. You’ll also discover plenty of independent hotels suitable for people just looking for a cheaper place to stay.

Looking for a place that will impress? You’ll be spoilt for choice here. Share an Indian feast at stylish Dishoom Shoreditch, dine on Italian at FARE or savour Anglo-French inspired dishes at Plate Restaurant. Alternatively, visit BRAT restaurant to get a taste of Spain’s Basque cuisine or grab a halal-friendly dinner at The Great Chase.

There are lots of casual options too. Stop for lunch at classic gastropub The Culpeper, which has a rooftop garden that’s ideal for enjoying sunny days, or grab a nutritious lunch at vegan-friendly Atis. And if you’re seeking a place to host coffee meetings, you’ll find plenty of cafés like Fix Coffee and Ozone Coffee Roasters in the area.

As Silicon Roundabout is a hub of entrepreneurship, there are an abundance of places to meet or host events. The Trampery Old Street will make a futuristic base for a meeting or ideas session, and there’s plenty of space for everyone. Other options like etc. venues Moorgate and Workspace Meeting Rooms Brickfields can be found dotted across the area. Need a bit more space? 99 City Road Conference Centre can accommodate hundreds for any type of event, meeting or conference. The area around Silicon Roundabout is a lively one, with hip Shoreditch just minutes away. You can dine and drink at loads of spots, including Bull in a China Shop, cocktail bar The Gibson and jazzy Nightjar. You can also catch live music at Old Street Records or enjoy a night out at famous Shoreditch institution XOYO. Rich Mix events centre is also a great place to visit, as it hosts regular film screenings and arts, dance and music events.

Fitness fans will be spoilt for choice in Silicon Roundabout, as fitness brands from Nuffield Health to Energie Fitness to Equinox have opened gyms in the area. If you’re on a budget, brands like PureGym and DW Fitness First will fit the bill, while upmarket options like Gymbox and Equinox sit at the other end of the scale.

If you’re looking to indulge in a bit of retail therapy, Shoreditch High Street is packed with plenty of shops. Brands like Fred Perry, Sweaty Betty and Urban Outfitters stand alongside independent boutiques, cafés and bars, so it’s a great place for an after-work or lunchtime stroll. Hoxton also has interesting shops, salons and coffee shops to explore, and it’s within a 10 minute walk of Silicon Roundabout, so it’s another convenient option. 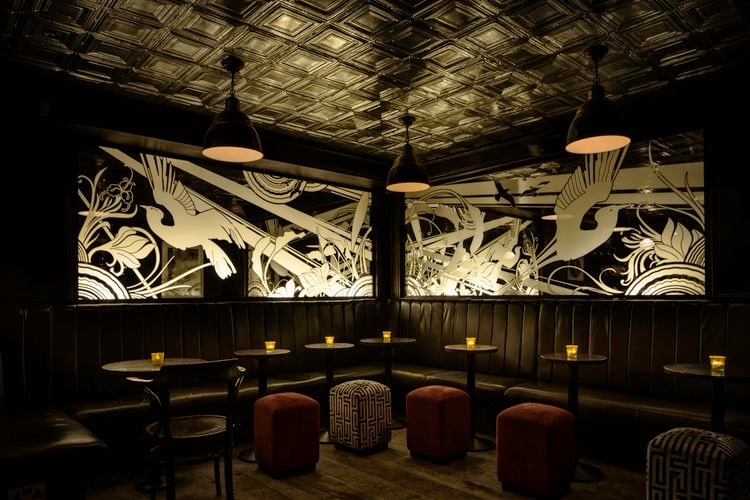 It’s estimated there are around 1,300 businesses packed into this tiny area of London.

Silicon Roundabout is thought to be the third-largest technology start-up cluster after San Francisco and New York.

Social media companies have sprung up from this tech-savvy area, including Tweet Deck, Songkick, Last.fm and Dopplr.

Though many tech giants haven’t chosen to base their HQs in the area, Silicon Roundabout is home to innovation centres for institutions like Google, Amazon and Microsoft.

Alfred Hitchcock began his film career in the area, shooting his first film at Gainsborough Studios in Hoxton.

London’s first two theatres, The Theatre and The Curtain Theatre, were built in Shoreditch. It’s also thought Shakespeare’s ‘Romeo and Juliet’ and ‘Henry V’ were first performed at The Curtain in the 1590s.