Offices to rent in Southampton

Southampton has it all: historical attractions, prestigious educational institutions, modern amenities and thriving ports. As a result, there are plenty of reasons why it’s an excellent place for any office-based business to call home. From its bustling retail spaces to its excellent eateries to its handy facilities, Southampton has plenty to keep professionals occupied. And, with key cities like London and Bristol less than an hour and a half away, it’s also conveniently located if you need to visit clients in other southern business hubs.

The maritime industry is perhaps what Southampton is best known for. Many cruises setting off from the UK choose Southampton as their starting point and it’s estimated the city welcomes more than 1.8 million cruise passengers every year. Aside from this commercial side, plenty of important ocean research is also done here, thanks to the city’s handy location on the shores of the River Solent and the English Channel.

Southampton is also a major university city, with an estimated 43,000 students making up its population. The University of Southampton is considered one of the top 10 universities in the country, while modern Solent University is geared towards vocational and artistic education. As a result, businesses based in Southampton will have an excellent pool of young, highly qualified talent to pick from.

Want to find out more about basing your business in Southampton? Here’s everything you need to know about this exciting city.

There are a number of notable business areas in Southampton

Central Southampton is a hive of commercial activity, particularly in the retail sector. Go! Southampton is the name given to the central Business Improvement District (BID), and it’s where many of the city’s prime retail, office and other types of commercial space can be found. Businesses operating in the business, professional and financial services worlds will tend to choose this area for their base; brands such as Grant Thornton, KPMG, PwC and Ageas can be found here.

The city is also a major centre for shopping on the south coast. Its main retail hub, the WestQuays Shopping Centre, attracts more than 18 million visitors every year, while other modern places to shop include the recently constructed Watermark. If you’re looking for a base that enjoys plenty of footfall or that’s close to eateries and amenities, this could be ideal.

Southampton’s coastal area is also a key commercial district. You’ll find the largest cluster of marine and maritime businesses in the UK clustered along the banks of the Solent. From multi-million-pound yacht makers to commercial freight firms to ocean conservation researchers, there are plenty of exciting occupants of this vibrant area.

Southampton is a well-connected city

There are 10 train stations in Southampton

The busiest station, Southampton Central, is in the city centre close to the river. From here, you can navigate the city and catch services across the south of England, as well as to major cities like London. There’s also a handy station close to the airport, Southampton Airport Parkway, which makes catching your flight a breeze.

Southampton’s main bus station is located in the heart of the city, close to Solent University and the Westquay Shopping Centre. Local services stop here, as well as National Express and Megabus services that connect Southampton with other cities. The leading bus company operating Southampton’s local services is Bluestar Bus, but other companies including First and Salisbury Reds run routes here.

Southampton is easy to reach by road

The M27 motorway runs along the edge of Southampton’s inland boundary, making it easy to travel to places like Portsmouth by road. The M3 motorway is also within easy reach, which connects the city to other key locations in Hampshire and the south-east, including Eastleigh, Winchester, and Basingstoke.

There is one airport within an hour of Southampton

Regional Southampton Airport, which is primarily used for domestic or select short-haul flights, is the closest airport to the city. It’s just 15 minutes’ drive from the centre of the city. If you’re heading somewhere more exotic, Gatwick Airport is the closest option. It’s around an hour and 45 minutes away and can be reached by both rail and road in around the same time.

Offices to let in Southampton

Southampton is bursting with business amenities

There are plenty of handy business-focused hotels in Southampton

If you’re looking for somewhere that’s going to impress, Southampton Harbour Hotel & Spa is an upmarket choice. It overlooks the water and is close to a range of restaurants, bars, and key office occupants, making it both convenient and scenic. Alternatively, soak up a bit of the city’s history by booking your guests into the Pig in the Wall, which was built into part of Southampton’s medieval city walls.

Need somewhere budget-friendly to stay? You’ll be spoilt for choice, as popular brands including Novotel, Premier Inn, Travelodge and more have sites in the city centre area. There are also independent hotels and B&Bs dotted across Southampton, so there are plenty of places to stay for every kind of traveller.

Southampton has lots of restaurants suitable for professional dinners

Whether you’re talking business with clients or looking for a delicious lunch spot, Southampton has a range of excellent eateries. Visit the city’s oldest Italian restaurant Piccolo Mondo, where you’ll find delightful pasta and grills to enjoy or savour delicious Japanese at Sakura Southampton. If you’re in the mood for a livelier experience, Mango Thai Tapas is an excellent choice. There are plenty of laidback options too, including plant-based Café Thrive and Naked Coffee, if you’re looking to catch up over a coffee. 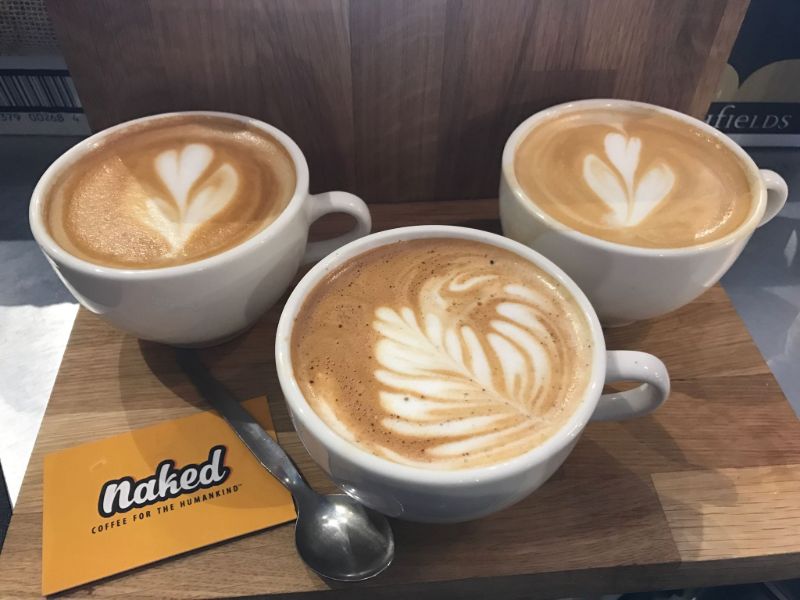 Meeting rooms can be found across Southampton

There are a number of co-working spaces that can be hired for meetings and events, including wellness-focused Agora3 and The Lab. You can also book time at traditional meeting spaces like the Ocean Village Innovation Centre, which overlooks the waters.

Are you hosting a large event? The Solent Conference Centre is available for private hire. It’s easy to reach whether you’re travelling from within the city or from outside and can accommodate hundreds of attendees as easily as it can host intimate private meetings and brainstorms.

You’ll find lots of other useful facilities in Southampton

There are plenty of places to stay active in Southampton. If you’re on a tighter budget, you can opt for places like PureGym or The Gym, which offer excellent facilities for a low-cost membership. There are also plenty of independent fitness facilities, including M Studio Gym and Inner City Boxing, where you can try out different ways to work up a sweat.

Need a bit of retail therapy or to stock up on supplies? Westquay Shopping Centre is Southampton’s principal place to find big brands, restaurants, and handy goods. Shops like Boots, Apple, EE, Foot Locker and more can be found here, and it’s located right in the heart of the city, making it easy to reach from many offices. Its newer Westmark building, which is adjacent, is also home to lots of exciting brands, so it’s likely you’ll find everything you need here.

Around 450 cruise ships dock at Southampton Port every single year, bringing millions of passengers to and from the city.

Famous faces born in the city include Benny Hill, Craig David, and Will Champion.

Clarence Birdseye, founder of British brand Birds Eye, created and tested the first-ever fish fingers in Southampton. They were well received and soon rolled out across the country.

Jane Austen might be known for her residency in Bath, but she actually spent a number of years living in Southampton, even writing novel Sense and Sensibility.

Southampton is the only city in the UK with a geothermal power station, which draws energy from the heat underground.