Offices to rent in Aberdeen

Built on the banks of the rivers Dee and Don to the northeast of Scotland is Aberdeen, a vibrant, cosmopolitan city also known as “The Granite City” due to its many imposing, almost gothic, grey stone buildings built of locally quarried granite.

The city has a long and illustrious history. Evidence of human settlements in the area date as far back as the Stone Ages. However, Aberdeen’s economy was really kickstarted when David I awarded the city with ‘Royal Burgh’ status back in 1124. Ever since then Aberdeen’s economy has gained momentum, boasting the largest seaport in the northeast of Scotland. When North Sea Oil was discovered in the 1970s, Aberdeen became known as the ‘Energy Capital’ and ‘Oil Capital’ of Europe. Oil and gas now far outweigh the city’s traditional industries of ship building, fishing, paper manufacture and textiles.

Today, the city is home to around 215,000 people and is Scotland’s third largest city. While Glasgow and Edinburgh may outrank Aberdeen in terms of size, a trip to Aberdeen reveals a truly modern, vibrant city crammed with culture, historical allure, and opportunity. In fact, Aberdeen is the only city in Scotland to be named by HSBC as one of eight “super cities,” due to its high economic growth and ease of doing business. In addition, the city was ranked as one of the top 10 UK cities for Foreign Direct Investment. It was also rated as the best place to live and work in Scotland by PwC in 2019. As a result, there are huge amounts of investment being poured into the area, including more than £10 billion of public and private infrastructure investment, which is due to be delivered across the region by 2030.

While Aberdeen is famous for being the hub for Britain’s oil and gas sector, the city is now redefining itself as a haven for technology companies and continues to build a reputation as a great city to do business. From start-ups and SMEs to international corporations, Aberdeen offers an environment where businesses of all sizes can truly thrive and prosper. 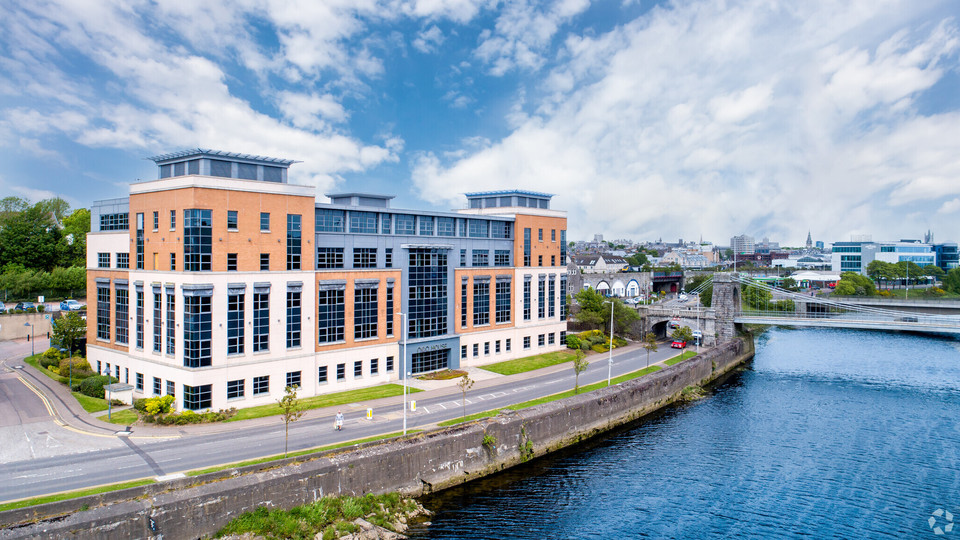 The city is currently home to over 10,000 ambitious businesses. The oil and gas industry features heavily in Aberdeen with well over 900 companies based in and around the city in this sector alone. Some of these businesses include world leaders such as Baker Hughes, BP, Chevron, Haliburton, Maersk, Petrofac, Repsol Sinopec Resources, Royal Dutch Shell, Schlumberger, Total and Wood. However, as oil reserves in the North Sea decline there is a concerted effort to rebrand Aberdeen as the "Energy Capital of Europe" rather than the "Oil Capital of Europe”. As a result, there is a big push to invest in businesses focusing on renewable energy and sustainable technology. In addition to oil and gas companies, there are also hundreds of small and medium enterprises based in the city that supply the industry with everything from foodstuffs to high-tech equipment. Start-ups also thrive in the city. In fact, Aberdeen was ranked among the top places in Britain for entrepreneurs starting a business, according to a report by Atos.

The city also has its own dedicated Business Improvement District (BID), whose footprint extends from Holburn Junction in the west to Castlegate/King Street in the east and from John Street in the north to Union Square in the south.

Aberdeen’s transport network is both widespread and efficient

Whether you need to travel by road, rail, or air, Aberdeen’s transport network is both widespread and efficient.

Aberdeen is well connected by rail

Aberdeen has one railway station, which is also reported to be the busiest in Scotland, aside from the major cities of Glasgow and Edinburgh. Located on Guild Street in the city centre, the station is managed by Abellio ScotRail, and runs regional and local train services to various parts of the UK as well as Aberdeen Airport, which can also be reached by road within 20 minutes.

You can travel by boat from Aberdeen

There are also several islands that sit off the coast of Aberdeen and are accessible via ferry, while NorthLink ferries connect Aberdeen to places like Orkney and Shetland.

If you need to fly in and out of the city to attend a business meeting or pay a visit to an important client, Aberdeen Airport serves most UK and European destinations on a regular basis. Other international destinations are also within easy reach through connecting flights via airports such as Heathrow, Frankfurt, and Amsterdam. In addition, Aberdeen’s helipad is reported to be one of the busiest in the world.

There are more than 30 bus routes in Aberdeen

Buses are the main mode of transport in Aberdeen. There are more than 30 bus routes in the city, mainly operated by First Aberdeen and Stagecoach as well as a handful of smaller operators. Most of these routes begin on the outskirts and run through the city centre before traveling to other suburbs around the city.

The standard of road infrastructure in Aberdeen is excellent

For those who need to drive, there is an efficient and well-maintained commuter route along the main A90 dual carriageway, providing a direct road between the North and the South and offering a connection to the A9 and M90 at Perth. The A96 also links Aberdeen to Inverness.

Cycling is a fantastic way to get around Aberdeen

The city has a fairly good network of cycle paths that connect certain suburbs to the city centre. There is also currently a bike-share scheme in development. This scheme will give local residents and visitors the opportunity to travel around the city without adding to their carbon footprint and will ensure Aberdeen is a cleaner and greener place to live, work and visit both now and in the future.

The city has many affordable, well-appointed hotels

From the modern and contemporary to the old-fashioned, Aberdeen's hotels give business travellers and tourists alike the ideal chance to relax, or to explore the city and surrounding landscape.

For a uniquely Scottish experience, book an evening or two at the Malmaison Aberdeen. Not only does this tartan bedecked castle have everything you need for your stay, including a luxurious hotel spa, a stylish bar, plus a fabulous contemporary restaurant but it also has a range of fully equipped meeting and event spaces.

If you’re looking for an indulgent five-star hotel experience, Aberdeen is happy to oblige. The Marcliffe at Pitfodels is a wonderful Scottish refuge on the outskirts of Aberdeen, perfect for a luxury spa escape, but also great as a base to explore the local area.

Aberdeen has a number of superb restaurants

With an abundance of fine dining establishments, cosy pubs, afternoon tea rooms and beach front gems, the city is home to a variety of restaurants that are guaranteed to leave your mouth watering for more.

If you’re in the mood for a good old juicy burger during your lunch break, why not pay a visit to the Angus & Ale? Not only are the burgers made with the finest, homegrown Aberdeen Angus beef but they also have some of the finest local craft beers on offer to wash it all down.

And if you fancy something a little more international, head to Nargile restaurant for some authentic Turkish fare. As Aberdeen's only Turkish restaurant, Nargile does a fantastic job showcasing an array of delicious Middle Eastern dishes, freshly prepared using only the finest local produce.

For dinner with a view, make your way to The Silver Darling on the harbour at Footdee, for a delectable selection of locally caught seafood and fish. And if you need to impress a client but want to keep it relaxed and unpretentious then you should definitely reserve a table at the Moonfish Café. It’s located on the medieval streets of Aberdeen’s merchant quarter and serves an array of irresistible local and seasonal produce.

Living and working in Aberdeen means that you will be able to shop to your heart’s content. The only problem is you will be spoiled for choice. There are three main malls in the city, including the Bon Accord mall as well as the Union Square Shopping Centre, which is the largest mall in Aberdeen conveniently located in the heart of the city. The Union square shopping centre has over 60 shops including many high-street names such as Apple, Hugo Boss, Fat Face, H&M, Hollister, MAC Cosmetics and The White Company. There’s also the Trinity Centre, which has over 40 shops, concessions, cafes and restaurants. So, whether you want to grab a quick bite to eat or shop till you drop, you will find it here.

Away from the city centre, you’ll find the West End and Rosemount shopping areas, which are full of quirky independent shops you could never find anywhere else but in Aberdeen.

However, if you prefer the outdoors or you want a little solitude and to escape the hustle and bustle of the city for a while, there is no better spot than Cairngorms National Park, a huge area of outstanding natural beauty, popular with hikers, walkers and cyclists. There are also a number of city parks including Hazlehead Park, Seaton Park, Duthie Park, Victoria Park, Westburn Park and Aberdeen Beach and Queens Links, where you can enjoy some fresh air and greenery away from the office.

Arts and culture lovers simply adore Aberdeen’s wide range of museums, art galleries, cinemas, and concert venues. His Majesty’s Theatre, The Music Hall, Aberdeen Exhibition and Conference Centre, and The Lemon Tree regularly attract artists and shows from around the world. The city also boasts a number of cinema complexes and is home to Aberdeen Football Club and a range of first-class sports facilities.

For the fitness fanatics, there’s no shortage of gyms and fitness facilities in Aberdeen. In the city centre, Pure Gym, a stone’s throw away from Aberdeen bus station, has a fantastic range of cardio and strength equipment. Other gyms around the city include a David Lloyd and Nuffield Health facility as well as a CrossFit gym on Urquhart Road.

Serviced and flexible offices to rent in Aberdeen 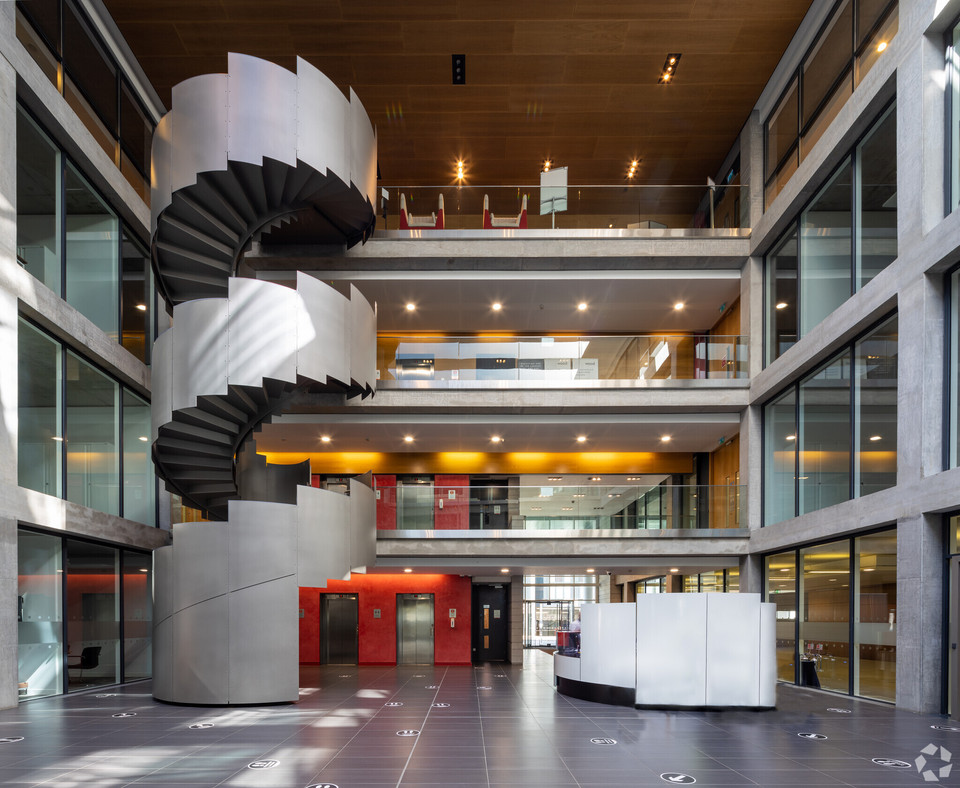 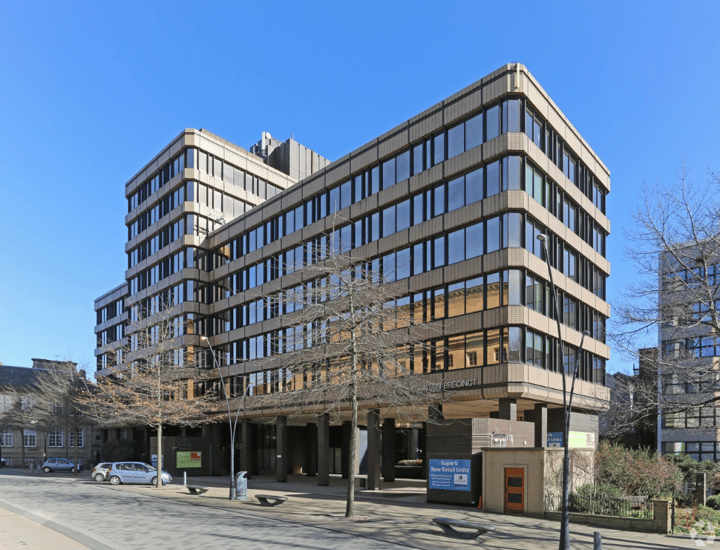 Find your next retail property in Sheffield

As the second-largest city in Yorkshire, Sheffield is part of a cluster of notable northern metropolitan cities, with Manchester to the west, Leeds to the north and Nottingham to the south. It’s also part of the Core Cities Group, a collection of 11 English cities recognised as the most economically important outside of London.