Vibrant, edgy, and brimming with Celtic charm, is Glasgow, Scotland’s biggest and friendliest city. Affectionately known as Scotland’s ‘dear green place’, Glasgow is Scotland’s beating heart. This is the city where grit and glamour, history and culture, industry and architecture come together to surprise and delight both visitors and residents alike.

The city grew from a small, rural settlement on the River Clyde to become the largest seaport in Scotland. From the 18th century onwards, the city also developed as a major trading hub with North America and the West Indies, rapidly expanding with the onset of the Industrial Revolution to become one of the world's biggest centres for chemicals, textiles, manufacturing, and engineering.

Today, Glasgow has the largest economy in Scotland and the third highest GDP per capita of any city in the UK. The city is bursting with energy, passion and creativity and filled with artists, designers, creators, and innovators. As a result, it’s developed an enviable reputation for its beautiful architecture, rich culture, media, lively music scene, sports clubs, and excellent transport connections.

The city is also well known for its educational excellence and is home to four universities: the University of Glasgow, University of Strathclyde, Glasgow Caledonian University, and the University of the West of Scotland. Glasgow also has the highest student retention rate of any city in the UK, with over half of graduates staying to build their careers in the city.

While Glasgow is famous for being the former shipbuilding capital of the world, what you might not know is that Glasgow is one of the best places to live and work in the UK. In fact, Glasgow was ranked third highest in UK and 48th in the world for quality of life according to the Mercer 2018 City Rankings. 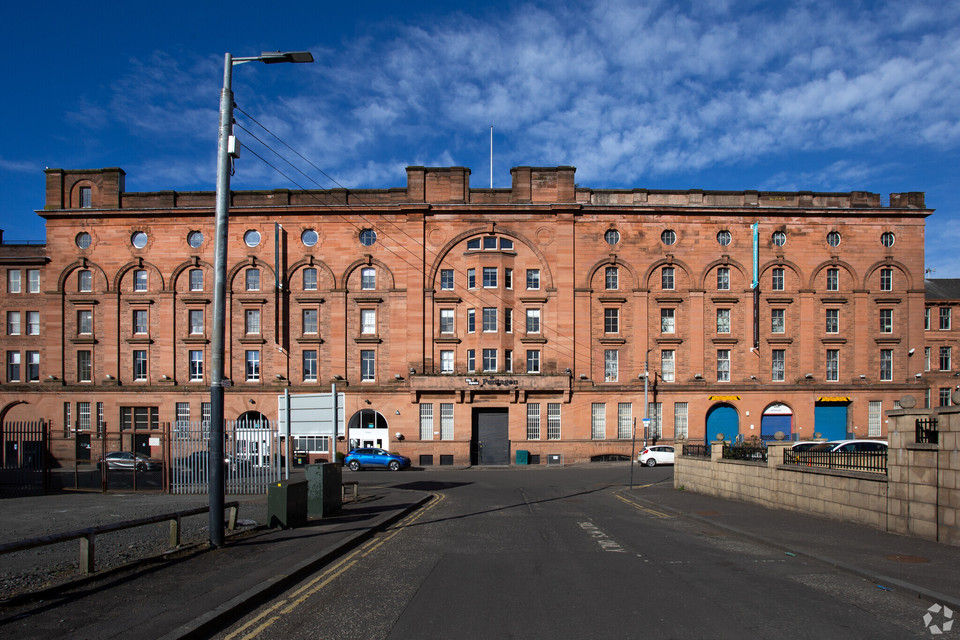 Over 12,000 companies are based in Glasgow, and this number is growing constantly. These businesses provide over 410,000 people with full-time employment.

To the western edge of the city centre, around the areas of Blythswood Hill and Anderston, is Glasgow's financial district, known officially as the International Financial Services District (IFSD). This area is often referred to as the "square kilometre" or "Wall Street on Clyde”. Eight out of the UK’s 10 largest insurance companies have a base or head office in Glasgow including Direct Line, Esure, AXA and Norwich Union. Key banks also have a large presence, as does the Ministry of Defence, British Telecom, and a multitude of other financial services providers.

As Scotland’s biggest city, Glasgow has excellent transport links, both in the city and to the rest of the UK and world.

Glasgow is the only city in Scotland with an underground network. Services run every 4 minutes at peak times, and it takes less than half an hour to complete a circuit of the 15 stations. Glasgow is also served by two main railway stations. The Glasgow Central Station links Glasgow by rail to the south, and the Glasgow Queen Street Station operates routes mainly to Edinburgh and the north. Both railway and subway stations have a number of park and ride facilities.

There are regular bus services in the city centre


Glasgow is mainly serviced by FirstBus, who have invested over £100 million in new buses and technology for the Greater Glasgow network over the past decade. They operate over 100 routes across the city.

The M8 crosses the Clyde over the Kingston Bridge and is Scotland's busiest motorway. It passes around the city centre and connects with the M77, M74, M73 and M80 motorways, all of which pass within the city's boundaries. The A82 connects Glasgow to Argyll and the western Highlands. The M74 runs directly south towards Carlisle. Other important roads in the city include the East End Regeneration Route, which provides easier access to areas of the East End and links the M8 to the extended M74.

There are three international airports within 45 minutes of Glasgow

If you need to fly in and out for a meeting, Glasgow has three international airports within 45 minutes of the city centre. Two are dedicated to Glasgow while the third is Edinburgh International, which is situated on the west side of Edinburgh, meaning it’s relatively close to Glasgow. Glasgow Airport is about eight miles west of the city centre in Renfrewshire, while Glasgow Prestwick Airport is 30 miles southwest in Ayrshire. There are also several smaller, domestic, and private airports around the city.

Glasgow is a walkable city

The compact nature of the city makes Glasgow very walkable, especially around the city centre, so you can easily get around on foot while enjoying the beautiful buildings and architecture. Not only is the city easy to navigate on foot but cyclists can enjoy more than 301km of cycle lanes connecting the city.

Hotels in Glasgow are outstanding

Glasgow has a wide range of excellent accommodation from boutique hotels and 5-star luxury to cosy B&Bs and budget-friendly options.

For a truly opulent experience, reserve your spot at the Hotel Du Vin. Set in a tree-lined Victorian terrace in the stylish West End of Glasgow and offering guests everything from luxurious Egyptian linen and duck down duvets to great cocktails and cigars, along with impressive service and attention to detail, it’s no wonder this hotel was voted as Glasgow’s Hotel of the Year in the Scottish Hotel of the Year Awards.

If you’re looking to stay in a superb business hotel, look no further than the Hilton Glasgow Grosvenor Hotel, located in a Grade A historic building is in Glasgow's West End, between the bijou shops of Byres and Great Western roads. This hotel also features a steak restaurant and cocktail bar and is one of three Hilton hotels in the city alongside the Hilton Glasgow and the newly opened Hilton Garden Inn Glasgow City Centre.

Glasgow is a paradise for food lovers

Glasgow’s culinary offering is imaginative, creative, and cosmopolitan. The range of choice is impressive, with new restaurants and bars popping up on a regular basis. Whether you’re after a Michelin-starred affair, international street food or a casual dining experience, Glasgow has everything to suit every taste and budget.

They say breakfast is the most important meal of the day, so why not begin your workday at one of the city’s many delicious brunch spots including local favourites like Wilson’s Street Pantry, which serves an all-day brunch in a stylish little café that looks out on to the cobbled streets of Merchant City. There’s also Côte Brasserie, a popular French bistro that offers cooked breakfasts, as well as classic French dishes.

For lunch, you can enjoy a healthy, whole, plant-based meal at Picnic, a vegan restaurant in the heart of Glasgow’s Merchant City. There’s also a vast array of street food options where you can grab a quick bite to eat in between meetings including Babu Bombay Street Kitchen where you can enjoy authentic Indian or Hanoi Bike Shop, which is not only Glasgow's first Vietnamese canteen, but also serves up some incredible street food style dishes.

For dinner, Glasgow has a whole host of top restaurants including Ubiquitous Chip, cheekily named to poke fun at Scotland’s culinary reputation. Although don’t let the name fool you, this restaurant offers extraordinary Scottish cuisine, a sweeping drinks list and legendary hospitality. And if you’re after a Michelin-starred evening, book a table at The Gannet, a long-standing favourite seafood restaurant in Glasgow city centre that has recently been featured in the coveted 2021 Michelin Guide. Other useful amenities in Glasgow

If you need to unwind after a busy day of meetings, calls and responding to urgent emails, Glasgow is brimming with parks and green spaces. In fact, there are over 70, including Kelvingrove Park, Pollock Park and Queen’s Park – to name a few. However, a popular favourite among locals has to be the Glasgow Botanic Gardens in the West End of the city.

If you prefer indulging in a spot of retail therapy, Glasgow is where Scotland shops. Most weekends will see the city flooded with highlanders, islanders, Edinburghers and even international visitors who all come to the city to enjoy what’s on offer at the several major shopping centres and arcades dotted around the city.

For those whose work/life balance includes keeping fit and active, there is a wide range of fitness and sporting facilities available in Glasgow including a Nuffield Health, Virgin Active, David Lloyd Club and a PureGym. 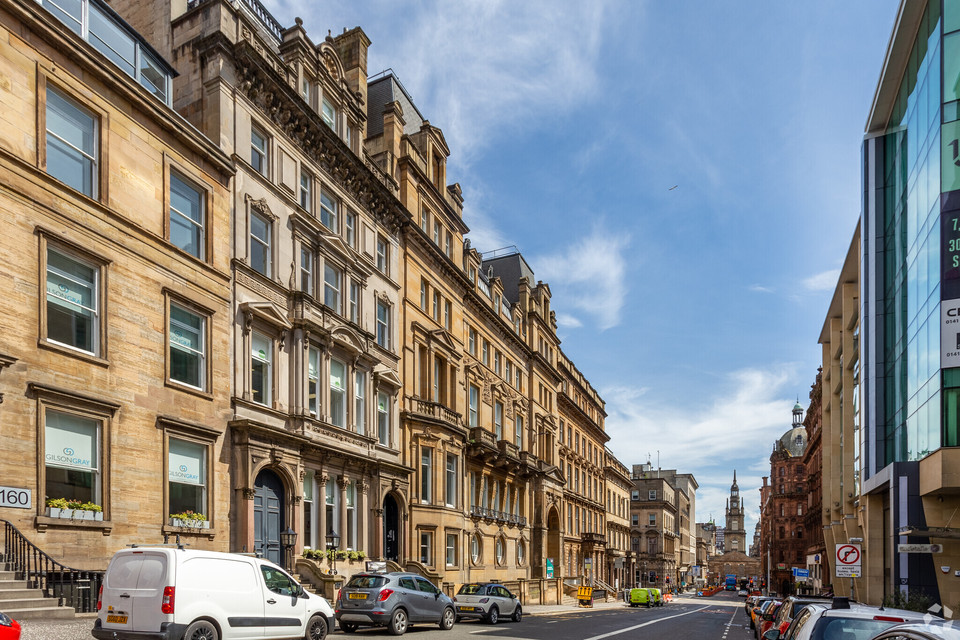 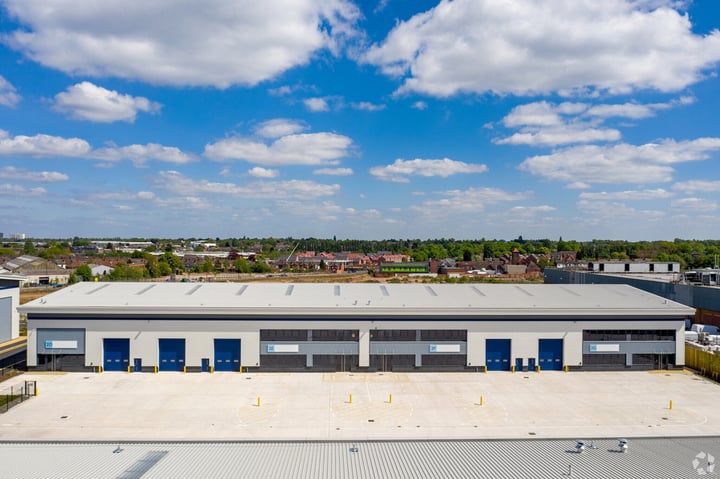