Offices to rent in Liverpool and in Birkenhead

As a former European City of Culture, there is a lot going on in Liverpool. From its famous music scene to its beating nightlife and friendly, welcoming culture, Liverpool is an exciting place for any business – start-up or well established. You’ll have excellent networking opportunities with other major names based in the area, along with a big talent pool.

Buzzing backstreet lanes, grand squares and a glittering waterfront all make Liverpool a lively place for a business. There is always something to entertain your team. Whether you’re looking for evenings out at the theatre, a gig, or relaxed socials at a vibrant bar or eatery, Liverpool has it all. It’s also a fantastic place for families, which helps to widen the city’s range of talented people. Your team can look forward to summer days on the beach, autumn strolls through a park, or rainy days at a museum or gallery.

With its major port, Liverpool has long been a bustling place for trade, and it was once wealthier than London. The first commercial wet dock was built in Liverpool in 1715 and, after growing a trade hub, it was one of the first cities to benefit from an intercity link – the Liverpool and Manchester railway. Decades later and Liverpool’s popularity is still strong, with world-class galleries, a bustling retail scene and thriving nightlife economy all attracting visitors, residents and businesses alike.

Want to give your business the best chance of success in Liverpool? Read on to learn more about commercial life in this energetic city. 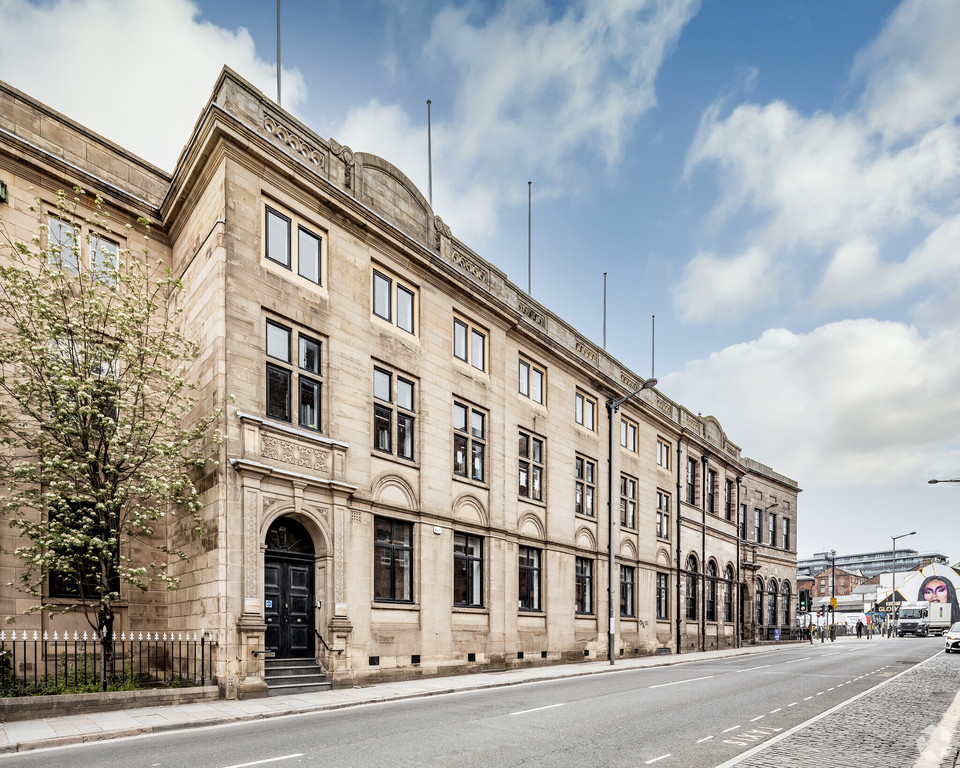 As a varied city, Liverpool has something to offer businesses in diverse fields. The Knowledge Quarter, which is to the north east of the city centre, has made a name for itself as a hub for innovation. Here you’ll find the Liverpool Science Park, Merseybio, World Museum, University of Liverpool, Liverpool John Moores University, and the Royal Liverpool University Hospital, all of which contribute to the research and education ecosystem in the area. It’s ideal for tech, science and engineering businesses that benefit from networking and access to top talent.

For a more commercial setting, the waterfront puts you close to major businesses in finance and trade, many of which are headquartered here to take advantage of the major shipping lines. Serviced and flexible offices in the area often overlook the waterfront and benefit from lots of places to eat, drink and soak up Liverpool’s cultural side.

Another popular business area is Ropewalks, which gets its name from the many businesses in the area that once made ropes for the ships in the docks. Here you’ll find creative businesses among independent shops, bars and eateries. Sandwiched between the docks and the Knowledge Quarter, Ropewalks is a great networking spot.

There are 68 rail stations across the Liverpool area

Liverpool makes it easy to get around by train, with Merseyrail offering services across 68 stations around the wider area. There is also an Underground rail system, with four stations across the city centre. You can join the Underground at Lime Street, Liverpool Central, Moorfields and James Street as a convenient way to commute or visit clients across the city.

It is easy to get around by bus in Liverpool

Merseytravel operates the bus network in Liverpool. There are two main bus terminals in the centre: Liverpool ONE and Queen Square. You can use the buses to get around the centre and to suburbs including Sefton and Garston.

Similar to that of London, Liverpool’s travel operates on a zone basis. You can buy tickets that allow you to travel in the zones you’ll use, helping to keep your payment simple and low.

Liverpool has great infrastructure for cyclists

With lots of cycle lanes, Liverpool is easy to get around on two wheels. This is a cost-effective way to travel, as bikes go free on most trains into the city. You can also hire bikes through two schemes. CityBike lets you collect and drop off a bike at street parking stations across the city, and Bike & Go lets you hire a bike for a fixed day rate from a number of train stations.

You can cross the River Mersey by boat

As a maritime city, it will come as no surprise that ferries are a popular mode of transport. Mersey Ferries operates trips across the River Mersey to Birkenhead, which is helpful for employees who live in the Wirral Peninsula.

This major motorway runs from Liverpool’s ring road (Queens Drive) across the country all the way to the Yorkshire Humber area. It passes by Warrington, Manchester, Huddersfield and Leeds, as well as connecting to other major motorways including the M6 and M1. Another key road in Liverpool is the M57, which acts as an outer ring road and connects to the M58 as an entry route for the M6.

Liverpool has an international airport

Liverpool John Lennon Airport offers flights across the UK and Europe to destinations including Belfast, Milan, Warsaw, Geneva and many more. For more flight options and to travel further afield, you could also use Manchester Airport, which is under an hour away by car and just over an hour away by train.

Offices to rent in Liverpool Waterfront 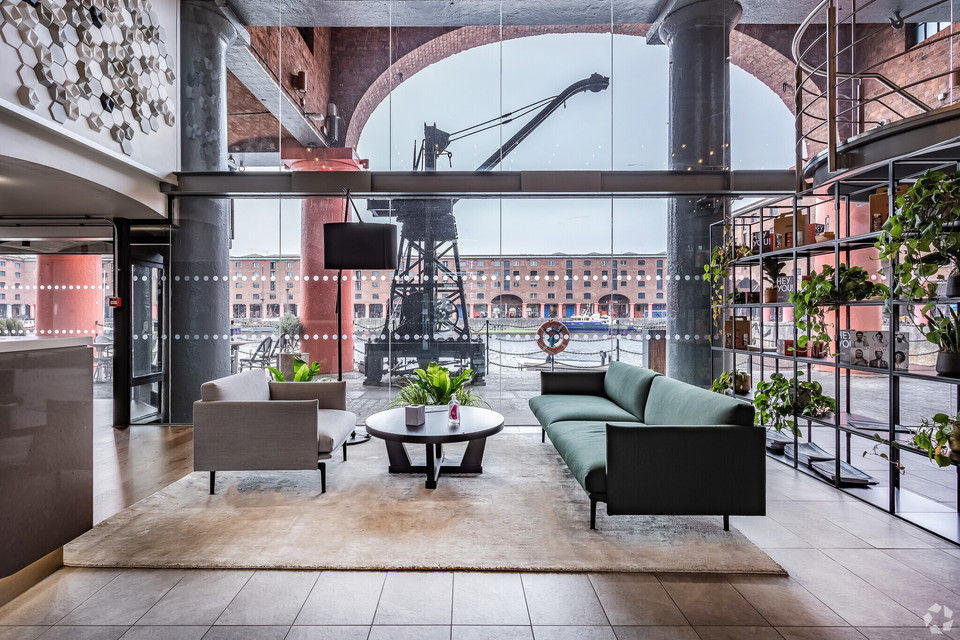 There are hotels for every budget in Liverpool

Whether you need a convenient overnight stay after meetings, or a luxurious base for a client visiting you, Liverpool has it all. At the more lavish end of the scale is 30 James Street Hotel, which overlooks the Albert Dock and comes complete with a stunning roof terrace and tranquil spa facilities. Hope Street Hotel also offers a peaceful, upmarket stay with all the trimmings you expect from a four-star establishment.

For something a little more reserved in price, you could opt for the Crowne Plaza Hotel, which is located right next to the Royal Liver Building and has fitness facilities, a pool and a restaurant. Malmaison and Hotel Pullman also have rooms for a similar price, while the Z Hotel offers a more budget-friendly stay in the city centre.

Liverpool has lots of great places to eat

If discerning clients are visiting you, there are lots of options for meetings over dinner. For a cosy feel and something a little different, try Heritage. For something more opulent, book a table at the Hope Street Hotel’s The London Carriage Works for an ambient setting and seasonal dishes.

When it’s time for a team outing, you could head to The Quarter for European favourites in a relaxed setting, or book a table at Clockworks for delicious cocktails while you dine. Another firm Liverpool favourite is Pasta Cosa, which brings you authentic Italian food with dishes to takeaway for a filling lunch. 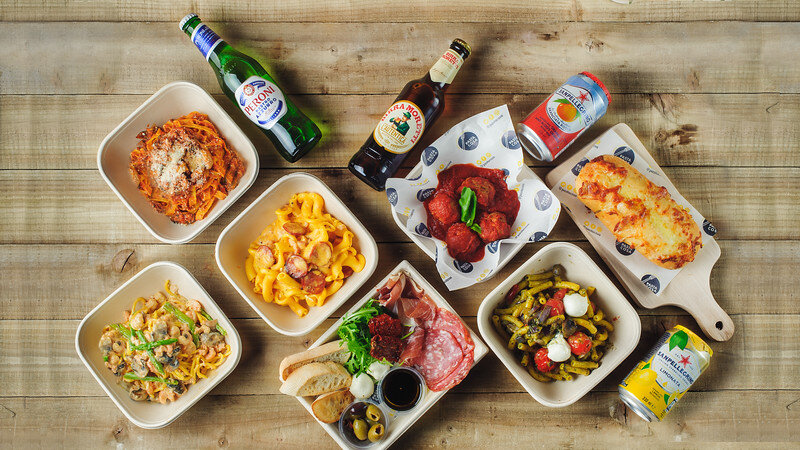 Liverpool is a major retail destination, so if you and your team need to do some shopping, you’ll have plenty of shops to choose from. Liverpool ONE is a central shopping centre bringing you big high street brands, while Metquarter is the place for high-end brands. Ropewalks also has a bustling high street, along with side streets housing independent shops and boutiques, from book shops to vintage stores.

The city centre has a number of gyms, all within close proximity to one another. It should be easy for your team to find the ideal place to workout, whether they prefer The Gym, PureGym or something more exclusive, like the Harbour Health & Fitness Club at the Crowne Plaza Hotel.

Offices to rent in the Knowledge Quarter 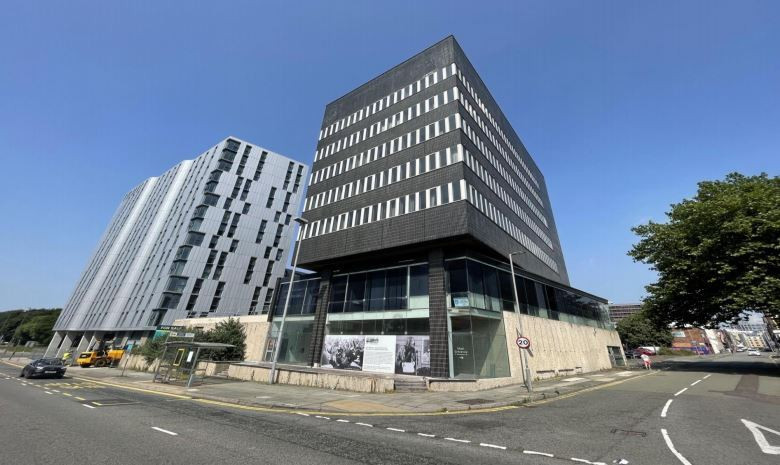