Offices to rent in Walthamstow

Offices to rent in Romford

On the north eastern fringes of London are a number of towns that offer quick links to the centre, yet a slower pace of daily life. As the ripple effect from Central London continues to boost areas on the outskirts, towns across North East London are only set to increase in popularity. They can be excellent places for businesses that are looking for a location in the capital, but for a fraction of the cost.

North East London stretches from Stratford up to the Essex boundary. It encompasses towns and areas like Walthamstow, Woodford, Wanstead, Chingford and Romford.

It is not just the price of property that makes North East London attractive to serviced and flexible office tenants. It is also a leafy part of Greater London, with many parks and outdoor activities. Your employees can look forward to lunchtimes beneath the trees or an activity after work, whether they head over to Chingford for a bike ride through the forest, or make their way to Waltham Abbey for a kayak down the Lee Valley rapids.

Exploring your options to set up a base in North East London? Read on for everything you need to know about this sprawling area. 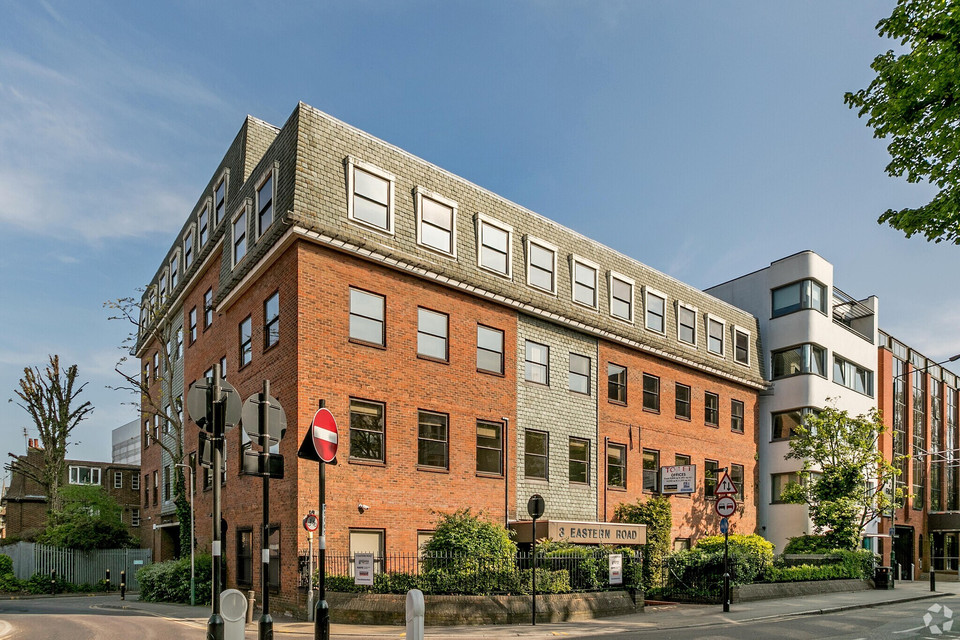 Whether you are looking for leafy and laidback or want to be close to Central London with plenty of connections, you’ll find a suitable area in North East London. For the former, look to Chingford. On the border with Essex and next to Epping Forest, Chingford has outdoorsy, countryside charm and is even home to the 16th Century Queen Elizabeth Hunting Lodge. Take a walk up Pole Hill and you’ll have views across London – a reminder that you’re just on the outskirts of the capital. In fact, trains to London Liverpool Street take less than half an hour.

If you’re keen to be part of an upcoming place a bit closer to the centre, Walthamstow or Romford could suit you well. Walthamstow is on the cusp of finding a new name for itself as a trendy neighbourhood, with its array of bars, breweries and restaurants. Romford, further to the east, has a slightly more town-like feel. While bringing you all the eateries you could want from a city location, it is also within walking distance of Dagenham’s Eastbrookend Country Park.

Getting around North East London

The bus network is popular in North East London

Just as it is in Central London, the bus network in North East London is excellent. In all of the areas we’ve mentioned, from Walthamstow to Romford and up to Chingford, there are regular services taking you across Greater London. The bus network doesn’t operate on a zone basis, so one adult fare in North East London is the same price as it would be closer to the city.

Many areas in North East London are on the Overground line

The London Overground operates across Greater London, including towns in the north eastern part of the capital. Chingford is the last stop leaving the city if you head towards the north east. You’ll also find stations in Walthamstow, Leyton and Wanstead. The Overground passes through key Central London stations including Liverpool Street, Highbury & Islington, Euston, Hackney and Shoreditch, and areas south of the river like Canada Water and Clapham.

One of the main benefits of being further away from Central London is easier access to the main roads leaving the capital. In the North East, this means being able to quickly join the M11, which begins in Woodford. The M11 runs up to Cambridge, and then joins the A14 before connecting to the A1.

If you need to catch a flight, London City Airport will likely be the easiest for you to reach. It is only 13 miles from Chingford – the furthest away town in North East London – and it takes just over an hour to reach by public transport. However, this airport is small and only hosts flights to a few destinations, mainly within the UK and some European hotspots. For more regular flights and those to further afield, Stansted Airport will be more suitable and is still within easy reach. You can catch the convenient Stansted Express from Stratford or Tottenham Hale close by

Offices to rent in Wanstead

Most of London’s hotels are dotted around the centre, but there are some convenient places to stay on the north eastern outskirts too. You’ll find the big brands like Premier Inn in Chingford and the Best Western in Woodford Green, which is part of the hotel brand’s Signature Collection and brings you a more premium stay in a beautiful setting. A few local pubs offer comfortable rooms too, including the stylish The Royal Oak in Highams Park (just south of Chingford). If you can stretch to the Essex boundary, you could offer clients a comfortable stay at the Marriott in Waltham Abbey, where they can make use of a large pool and well-decked fitness facilities.

North East London has lots of great places to eat

Across this broad area, you’ll find plenty of places for a bite to eat – before, during and after office hours. If it’s first thing in the morning, set yourself up for the day with a dish at Buhler & Co or The Kitchen. For a healthy and hearty lunch, head to Slowburn and grab a delicious takeaway. Another North East London favourite, Homies on Donkeys, is great for a slap-up Mexican lunch. After work, the Three Jolly Wheelers brings you the best of a country pub atmosphere and food, while Sodo Pizza serves tasty pizzas in a social, industrial-style setting. 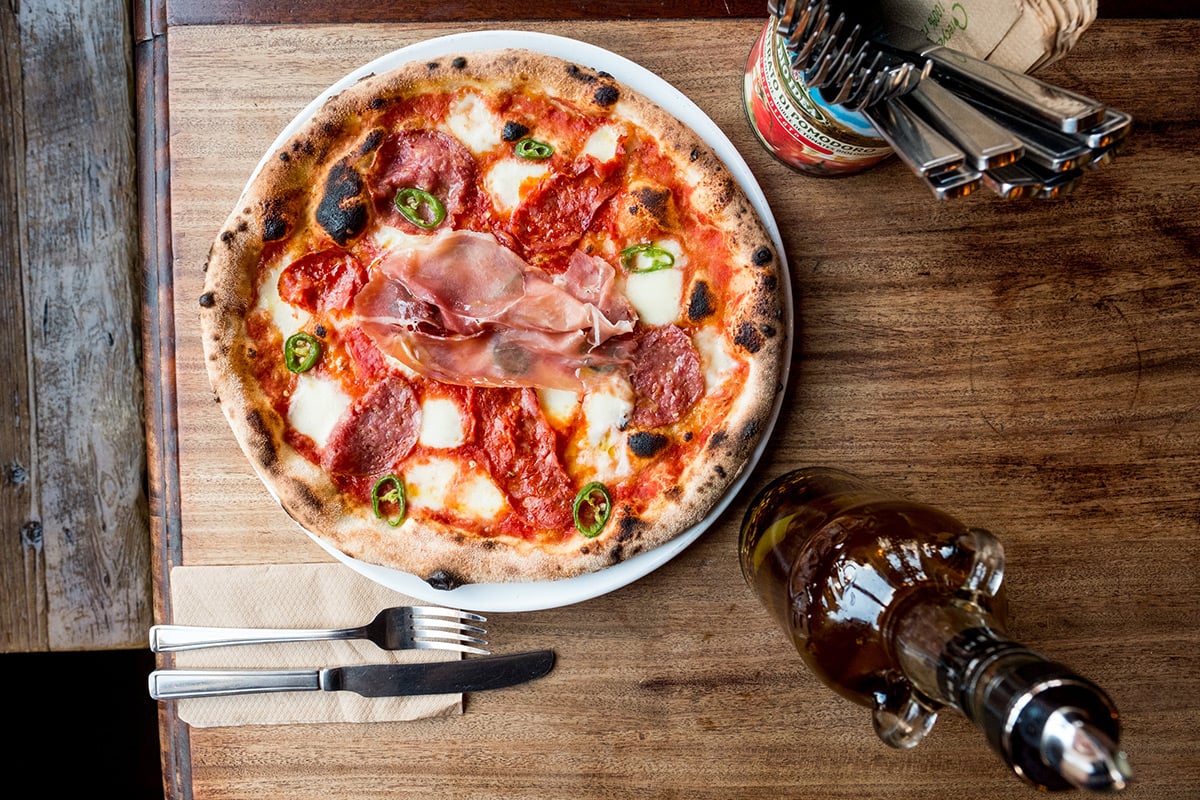 You can book meeting spaces across North East London

North East London has lots of community centres, and many of these spaces will allow you to rent rooms with the funds going back into the charity. One of these is The Mill, which has a few meeting rooms for a very affordable rate, and another is Walthamstow Forest Community Hub, which offers a space to hire for bigger events. Locus of Walthamstow also has rooms to hire, with services aimed at local businesses. For premium event space, whether you are looking to set up a collaborative session or serious meeting, Creative Works provides everything you need, including refreshments, fast WiFi and high-tech gadgets.

North East London has a range of handy amenities

You and your team can easily get all the essentials nearby. The Mall at Walthamstow has a number of high street brands under one roof, including Boots, TK Maxx, Waterstones, River Island and many more. Wanstead high street is another useful shopping area, with Marks and Spencer and Superdrug here, along with more boutique shops like JoJo Maman Bébé, and independent delis for gifts and treats. Over in Ilford you’ll find high street brands at The Exchange, a shopping centre that’s home to Next, Primark, Wilko and Boots.

Fitness fanatics will find lots of places to work out in North East London. There are gyms across the area, including well-known brands like The Gym and Virgin Active. Alternatively, your team can try martial arts at Black Belt Boxing, go for a swim at the Waltham Forest Feel Good Centre, or stretch and strengthen with yoga or Pilates at East of Eden.

Offices to rent in Ilford 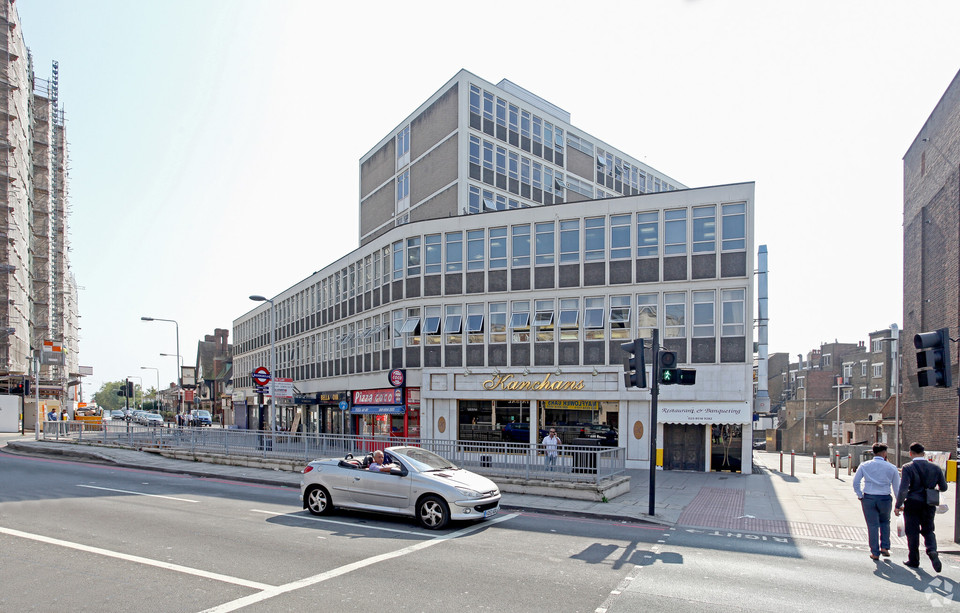 Queen Elizabeth’s Hunting Lodge in Chingford was built in the 16th Century for Henry VIII and renovated by Elizabeth I. The design enabled a viewing platform from which to spot and shoot deer. It is one of the finest examples of Tudor timber frame buildings still standing today.

Walthamstow used to be a small village, built on farming. It had just 82 residents and it didn’t become part of Greater London until 1965 – previously it was part of Essex.

Wanstead House – which no longer exists – was once known as the ‘English Versailles’ for its splendour. In its day, it was one of the finest Palladian mansions in the UK.

The William Morris Gallery showcases many of the artist’s celebrated works in his former home in Waltham Forest. The house itself was built in 1744 and records suggest that a home has stood on the site since the 15th century.