Offices to rent in Brixton

Offices to rent in Camberwell

Make your way south of the River Thames, and you’ll immediately land on one of the most exciting parts of the capital: the South Bank. Here you’ll find everything from The Shard to the London Eye and the National Theatre. Venture even further south, and you’ll find all kinds of creative places to base your business. From Brixton to Battersea, South London has a varied mix of serviced and flexible office spaces that put you right in the heart of London’s artsy side. It’s the ideal place for a business wanting to be inspired, and there’s plenty on your doorstep to inspire you.

South London is undeniably trendy. And it has a more relaxed feel than its northern neighbours. Head to Wimbledon and a village-like feel will welcome you or opt for Putney, and you can soak up views along the river. If you’re on the lookout for a cool hangout, Brixton and Peckham have lots of bars, coffee shops, and markets to while away the after-work hours.

Over the years, South London has reinvented itself. Until the mid-18th century, no bridge connected the south to the north, meaning its development lagged behind. It wasn’t until the railway was built in the 19th century that South London became part of the wider city. For a long time, South London was seen as subpar compared to the north, but in recent years, this has changed. Independent businesses have created a new, fashionable scene and made it a sought-after place to live and work. For many businesses, it is seen as even more attractive than the revered central, north or west London.

Want to know what life is like for businesses renting a serviced office or flexible co-working space in South London? Here’s everything you need to know. 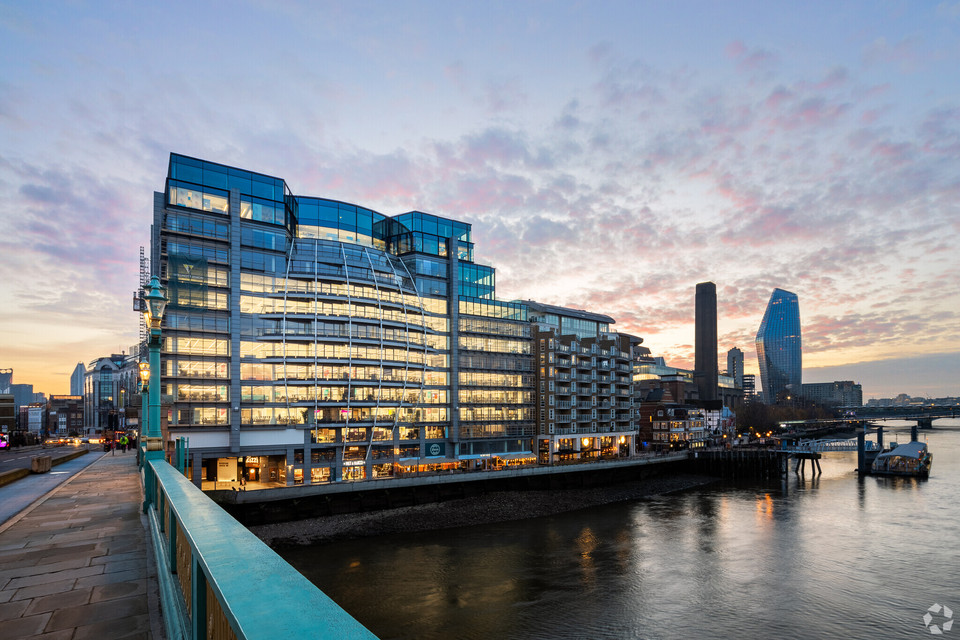 The South Bank has a similar cosmopolitan feel to central London but with a more creative flavour. It’s a haven for culture, attractions and nightlife, and there’s the lovely tree-lined riverside walk. It also offers stunning views of the capital’s skyline, particularly from serviced offices that rise into the skyline. Base your business here, and you’ll be right by The Southbank Centre, National Theatre and BFI Theatre setting. It’s an artsy place to be.

If you’re keen to mix with other businesses, Battersea could be the ideal place. Here you’ll find Battersea Power Station, which has been converted into a multi-use space, including co-working office space. That’s not the only flexible working office in the area, so you are sure to find suitable desk space for your team.

Clapham is known for its large common, bustling high street and world-famous nightlife. It’s also a largely residential area and a stone’s throw from popular Streatham, Tooting and Brixton, putting you close to lots of great talent. With lots of bars and restaurants on your doorstep, after work socials will require minimal planning.

Getting around South London

London’s red buses operate across South London. These are run by Transport for London (TfL), and there are services across the key areas. Using your contactless card, you can pay as you go, and you’ll be charged just £1.55 for a single adult journey. And if you make another journey within an hour, the second one will be free.

There are fewer underground stations in South London than North London

Due to the geology, it was difficult to continue the extensive tube network south of the river. That’s why you won’t find as many tube stations – but there are a few handy stops. The Northern Line runs to Morden, the District Line runs down to Wimbledon, and the Victoria Line runs to Brixton.

The Overground is a popular option in South London

In contrast, the Overground runs east to west and up to the north. It runs through popular stops like Brixton, Canada Water and Peckham Rye, but also further south down to Crystal Palace and West Croydon.

You can travel by ThamesLink or tram in South London

Another alternative south of the river is the Thames Link. It runs from Dartford to Wimbledon, and up north past King’s Cross. Although very similar to the Overground network, it isn’t run by TfL.

If you choose a location further south, such as Croydon, you could use the tram network. These run east to west, connecting you to Overground stations to travel into the city.

South London is easy to drive around

As it’s slightly less built up than the centre of London, South London is easier to get around by car. You can join the A23 in Brixton to travel to the M25 in Surrey. The A2, just north of Peckham, will take you to the M2 in Kent. You can also take the A3 from Putney to travel down to Guildford and all the way to Portsmouth.

Gatwick is quick to reach from South London

Although the closest airport to South London is London City Airport in the Docklands area out east, you may find it quicker to get to Gatwick Airport. From Victoria, you can get the Gatwick Express to the airport, which takes just over half an hour. Victoria is north of the river, but it’s easy to get to via the Victoria line in Brixton. You can also reach Heathrow and Stansted via their dedicated express links. 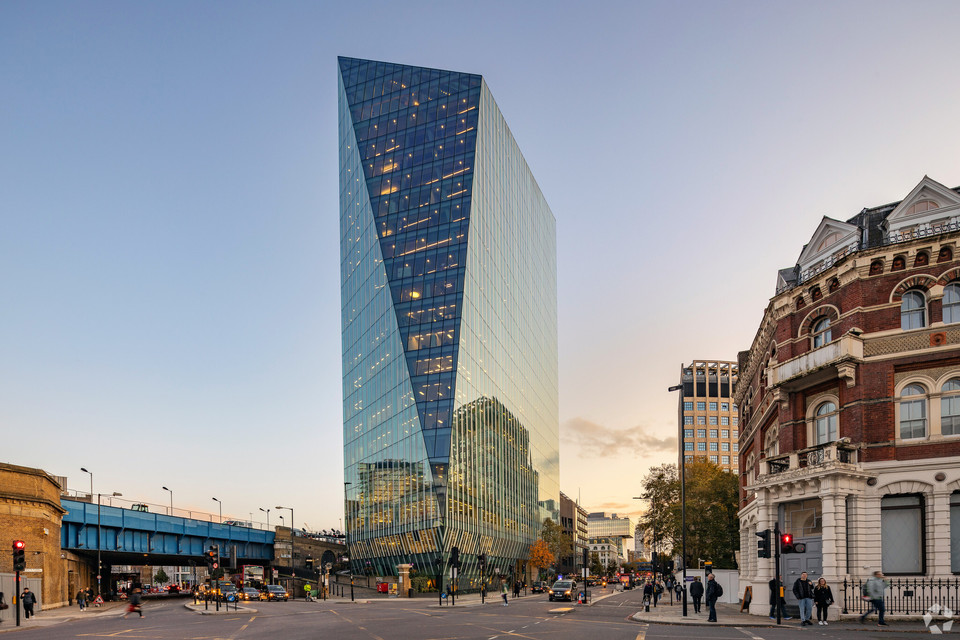 Whether you need an expansive hall or a cosy creative space, South London has it all. Workspace in Waterloo is a safe bet, offering boardrooms and convenient amenities for those important meetings. If you need somewhere a little bigger, The Foundry in Vauxhall provides conference suites that seat up to 100 people, along with many that suit much smaller groups. Finally, if it’s a big event, perhaps an award ceremony, The Lighthouse in Camberwell is a stunning backdrop and promises plenty of excitement.

There are a few convenient places to stay in South London

Given that South London is largely residential, there are fewer hotels here than north of the river. Having said that, you can certainly find comfortable and convenient rooms in Southwark, which is close to the centre. The Hoxton, for example, is a stylish hotel with a boutique feel, while the Residence Inn by Marriott London Bridge offers all the amenities clients could need for a business trip. If you want to really wow a guest, book them into the Shangri-La at The Shard for five-star tranquillity and stunning views. Alternatively, Sea Containers offer a five-star experience for a fraction of the cost. You shouldn’t need to venture too far to get all the conveniences you need for the office. Many of the key areas, like Clapham Junction and Brixton, have bustling high streets with high street brands. If you’re looking for a shopping centre experience, you could head over to the Lewisham Shopping Centre, which houses over 65 big brands. Battersea Power Station also hosts a growing number of retailers, and with plenty of places to eat, you can make the most of your shopping experience here.

Many serviced offices now come with gyms, but if you choose one without, South London has many popular places for your team to work out. Big brands like PureGym, Anytime Fitness, The Gym and Virgin Active are dotted about the area, with gyms conveniently located in Clapham, Brixton, Vauxhall and Camberwell. Green spaces like Clapham Common, Battersea Park and Brockwell Park are key places for runners and outdoor exercise groups.

Offices to rent in Wimbledon

Originally, South London was called Southwark, which meant ‘fort of the men of Surrey’.

The first permanent crossing to connect the south of the river to the north was London Bridge.

Brixton is home to the first market to be run by electricity. It stands on Electric Avenue and today hosts part of the famous Brixton Market.

The London Eye, on the South Bank, is the most popular paid tourist attraction in the UK. Each ride takes around 30 minutes.

The National Theatre is not only a world-class entertaining space; it is also home to 60,000 bees. The roof houses an apiary, which is part of a project to encourage others to tackle the declining bee population.

From the mid-17th to 19th century, Vauxhall Pleasure Gardens in South London was the place to be seen. The green space was a party site, with everything from concerts to balloon flights put on to entertain.