Offices to rent in Wimbledon

The leafy and lively area of South West London has a little bit of something for everyone. Nature lovers will feel at home taking a stroll around the many green spaces like Wimbledon Common, Richmond Park, Strawberry Hill and Kew Gardens. There are plenty of ponds to picnic by too, in places like Battersea Park, Clapham Common and Wimbledon Park.

But it’s not just nature you’ll find here. South West London has plenty of exciting high streets to explore, eateries to try and coffee shops perfect for meetings and catch-ups with colleagues and friends. It’s also well-connected to central areas north of the river, thanks to a plethora of bridges for both foot and car traffic.

South West London slowly developed from Southwark, where the first permanent Thames crossing was located. Now, the area is known for being well connected to the northern parts of the city, with more than 30 bridges located in West London alone. Whether you’re looking to move to this bustling location, or want to find bigger premises for your growing business, you’ll have plenty of options.

Here’s everything you need to know about living and working in South West London. 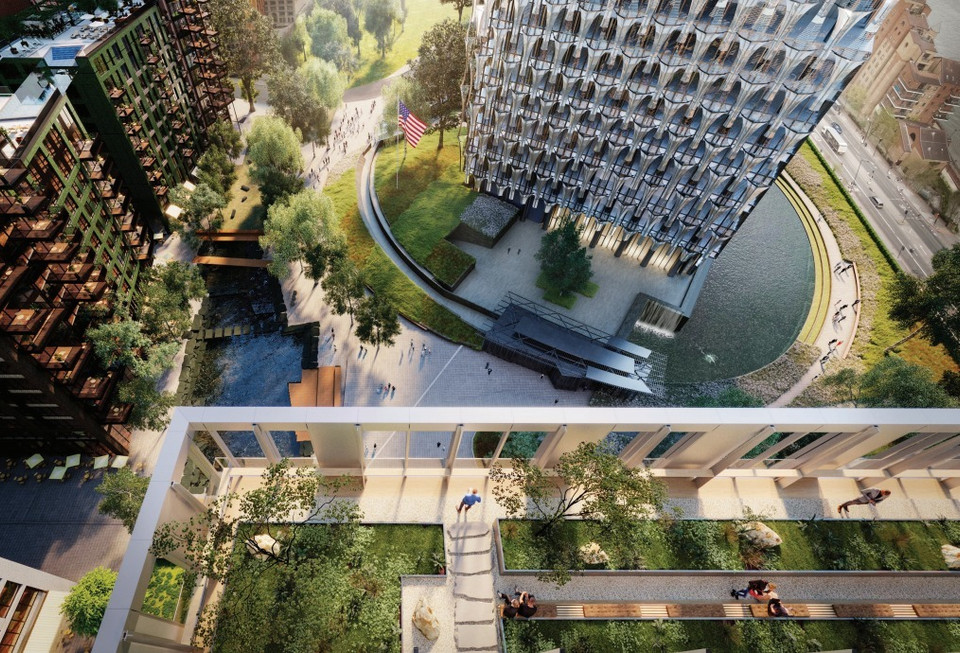 Central Balham and Tooting are great if you’d like to be close to central London without extortionate prices. This area is just a 20-minute tube ride from the City, yet has some of the lowest council tax rates in the capital. And with plenty of bars and cafés to explore after hours, you’ll never be short of things to do here.

Even though it’s just 20 minutes from Waterloo Station, Putney is a great place to base yourself if you’re looking for a quieter residential feel. It’s home to a vibrant high street, where you’ll find lots of places for a lunchtime treat or client dinners. And if business takes you across the river, you can use Putney Bridge to reach areas like Fulham and Chelsea within minutes.

Kingston-upon-Thames is another place with a strong community feel and, with Kingston University nearby, you’ll have access to some of the capital’s brightest talent. It’s also a great idea to opt for a less central area like Kingston if you regularly travel in and out of the capital.

Whether you’re travelling locally, heading to another part of the capital, or getting out of the city altogether, you’ll find it easy to travel by bus. Use your Oyster card to hop on a local service or head to a bus station to catch services to other areas.

There are 11 Underground stations in South West London

From Richmond in the West to Balham, there are a number of conveniently located tube stations in South West London. The area is served by the District and Northern lines, which connects to lots of handy locations north of the Thames.

You’ll find them in handy locations near bustling commercial and domestic centres. They are:

If you need to get around via rail, whether you’re travelling within the capital or venturing further out, South West London has a number of stations. There are around 24 train stations in the area, making it simple to commute locally or visit other cities across the UK.

Lots of busy A-roads snake across South West London. They include the A3, which runs from Vauxhall all the way out to Guildford in Kent, and the A24, which stretches all the way from Clapham out to the coast of Worthing in West Sussex. You can also hop across the river via road using a number of bridges, including Battersea Bridge, Chiswick Bridge and Twickenham Bridge.

Heathrow airport is the closest airport to the area and it can be reached within 45 minutes to an hour, depending on where you’re based. From here, you can fly to a huge range of destinations, including domestic, short haul and long-haul locations. But if you’re just making a quick trip to somewhere closer to home, London City Airport is another convenient option. It’s around an hour away via road or public transport.

Offices to rent in Richmond-upon-Thames 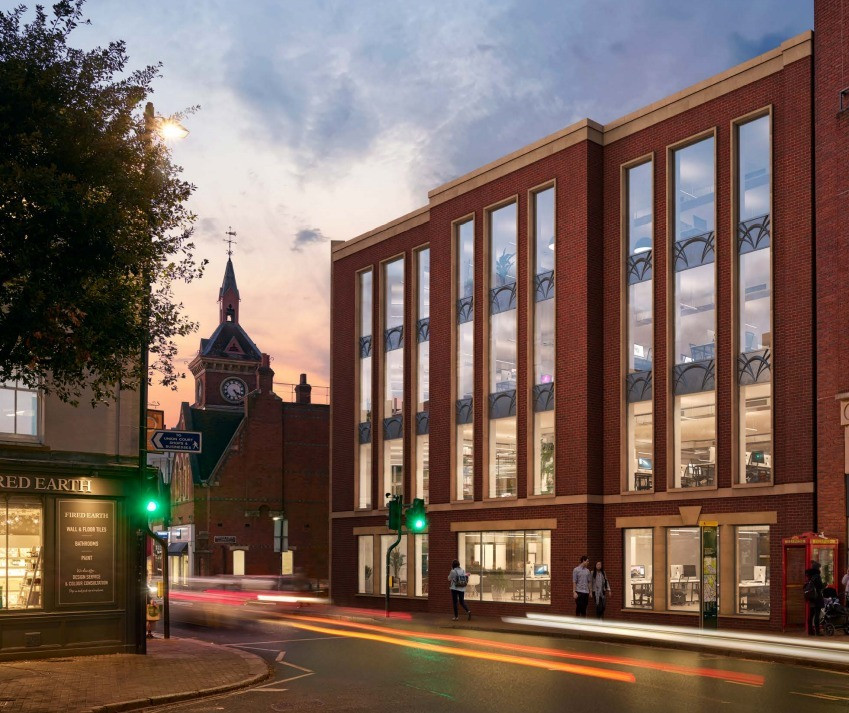 Whether you’re looking for a budget-friendly option or want to impress an important client, South West London’s hotels cater to all tastes and requirements. If you’re pinching the pennies, affordable options like Premier Inn, Travelodge and Holiday Inn can be found across the area.

But if you’ve got a bigger budget, you could opt for properties like The Victoria, The Coach Hotel at Kew or the glamorous Hotel Du Vin Wimbledon. There are also plenty of local hotels with character and charm, like Kew Gardens Hotel and Balham Lodge Guest House.

Looking to take a client to lunch or grab a bite to eat after work? You’ll be spoilt for choice in South West London. Tooting Market is packed with delicious, informal places to dine or take away, including Sorsi e Morsi and VBelly. Putney High Street and the surrounding area also has lots of familiar and independent options to cater to all tastes, including The Spotted Horse and Roxie Steak.

If the occasion calls for something a little more avant garde, visit Michelin star Trinity, stop for a fresh bite at The Retreat, or sample classics with a twist at Church Road. Or if you’re meeting over a coffee (and cake), visit Orange Pekoe or the scenic Pear Tree Café. 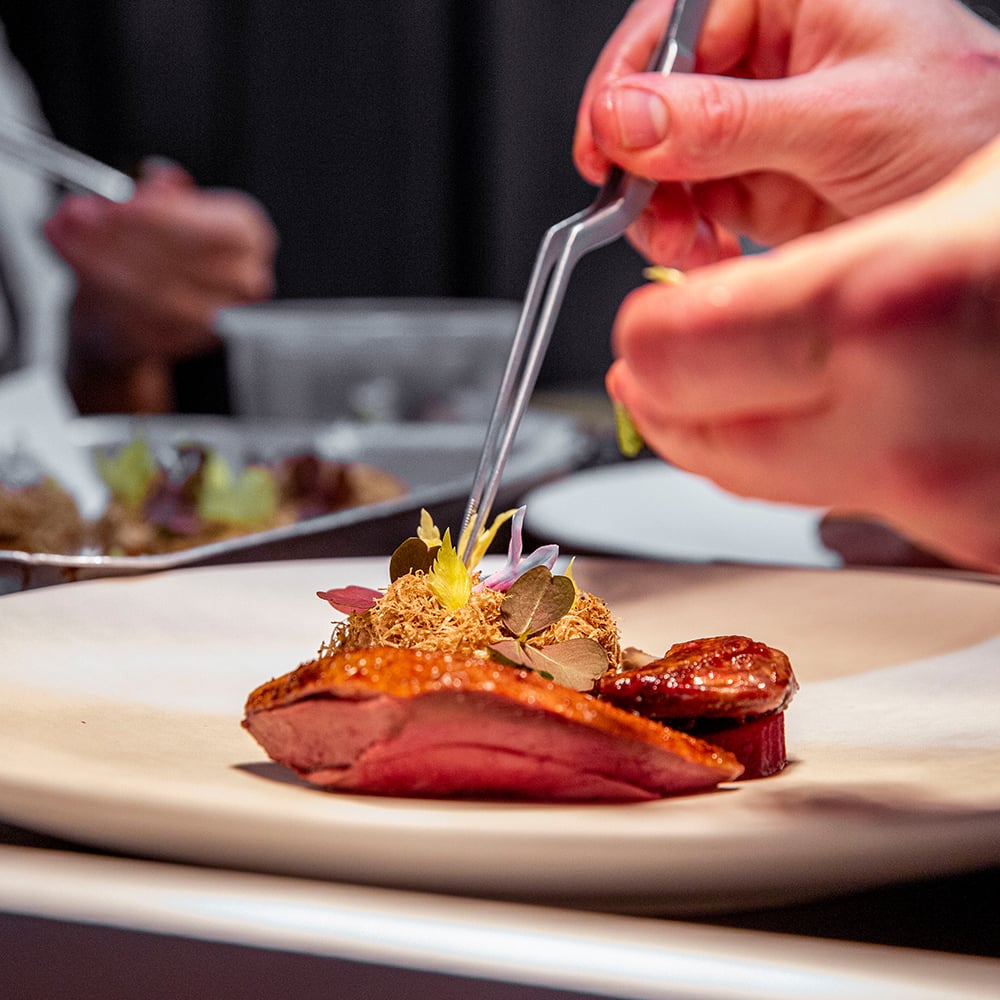 From large spaces suitable for hosting events, to smaller rooms designed for intimate meetings and brainstorms, South West London has meeting spaces to suit every need. Check out Regus Parkshot House, which can be rented on a completely flexible basis, historic Parkstead House (a great base for those really special occasions) or modern Hideaway Workspace in Streatham.

Offices to rent in Putney

Love to stay active? There are lots of places to exercise here. Whether you’re a member of a familiar brand like PureGym, Anytime Fitness, F45 or another chain, you’ll find your new home location in South West London. Or, you can check out the local facilities for a niche spot, like a boxing gym, ballet studio or aerial fitness space.

And if you need to hit the shops, you’ll be equally spoilt for choice. There are lots of local high streets and shopping arcades, such as Richmond, Kew, Wimbledon and Hampton Wick. There are shopping centres too, like Putney Exchange, Southside and Victoria Place, where you’ll find familiar brands, places to eat and even places to work up a sweat.