Offices to rent in Kensington

Offices to rent in Fulham

From the theatres of the West End to the hallowed sporting ground of Twickenham all the way through to upmarket Chelsea, Belgravia and Mayfair, West London is bursting with unique character. You’ll find laidback, leafy suburbs, designer boutiques, quaint riverside eateries and sprawling shopping centres to explore right here.

West London is also a great place to base your business, as it’s home to several handy amenities and has excellent transport links, both within the city and to other central business hubs across the UK. More than 15 bridges stretch across the Thames in West London, giving residents easy access to places south of the river, which has made this a popular space for people to live and work.

Historically, West London was favoured by the capital’s elite, as the city’s thick smoke and smog were less likely to drift upwind. As a result, Westminster was the base from which West London developed when the eponymous Abbey was first built in the 7th century. The Palace of Westminster, where you’ll find Big Ben, was subsequently built in the 13th century, and became the base for the country’s parliament.

Now, it’s an exciting place to live and work. If you’d like to know more about renting a serviced or flexible office space in West London, here’s everything you need to know. 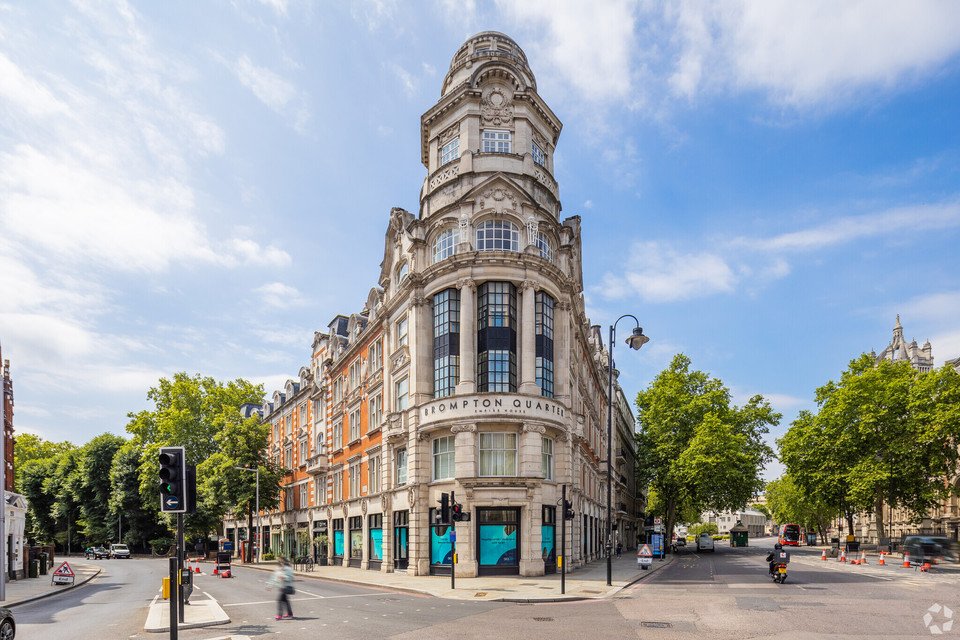 London’s West End is home to some of the theatre industry’s biggest venues. But the bright lights of the stage isn’t the only draw here. You’ll find Oxford Street, the world’s busiest shopping street, as well as the luxurious Regent Street and Bond Street and the bars and intimate music venues of Soho.

Chelsea and Kensington are stylish and upmarket in equal measure. Populated by the city’s elite, you’ll find galleries, chic eateries and high-end boutiques around every corner. If you’re looking to rub shoulders with high society, this is an excellent place to be based. Nearby places like Notting Hill and Maida Vale attract plenty of creatives from across the country. Designers, literary professionals, musicians and other talented people in the arts will feel at home here.

As you venture further west, you’ll come to the areas of Acton and Ealing. With their cosy residential feel, it’s an excellent place to be based if you’re looking to take things a little slower. However, if business calls and you need to head into more central locations, you can reach the city within 45 minutes. They’re also great options if you regularly need to travel by air, as Heathrow is just a 30-minute public transport ride away.

It's easy to get around in West London

Catching the train is a convenient way to get to nearby cities, and you’ll find it easy to hop on a service from West London. Several providers operate services here, including Great Western Railways, TfL and Chiltern Railways.

Plenty of underground stations are conveniently dotted across West London

It’s served by five lines: Central, District, Circle (to Hammersmith), Hammersmith & City (to Hammersmith) and Piccadilly (which runs to Heathrow Airport). You can travel in and out of the area with ease, whether you’re catching a flight, heading to a meeting in central London or going to see friends.

No matter where you’re heading, you can hop on the bus to navigate West London and beyond. There are plenty of handy routes that cover the area, making it easy to commute, travel to meetings and explore the city in your own free time.

If you’re travelling west, you can take the A40 from Notting Hill, which runs out towards Hillingdon and the M40. Alternatively, you can hop on the M4 at Gunnersbury and travel out of the city towards Reading, Swindon, Bristol, Bath and Cardiff. So, if your business regularly calls you out of the city, this could be an excellent place to base yourself.

Heathrow Airport is within easy reach of West London

Depending on how far west you are, Heathrow Airport is between a 30-minute drive (if you’re travelling from Chelsea) to a 20-minute drive from Ealing. If you regularly travel internationally, this could be an excellent place to base yourself. You’ll also be within easy reach of Luton Airport, which is around 45 minutes to an hour’s drive north.

Offices to let in Hammersmith 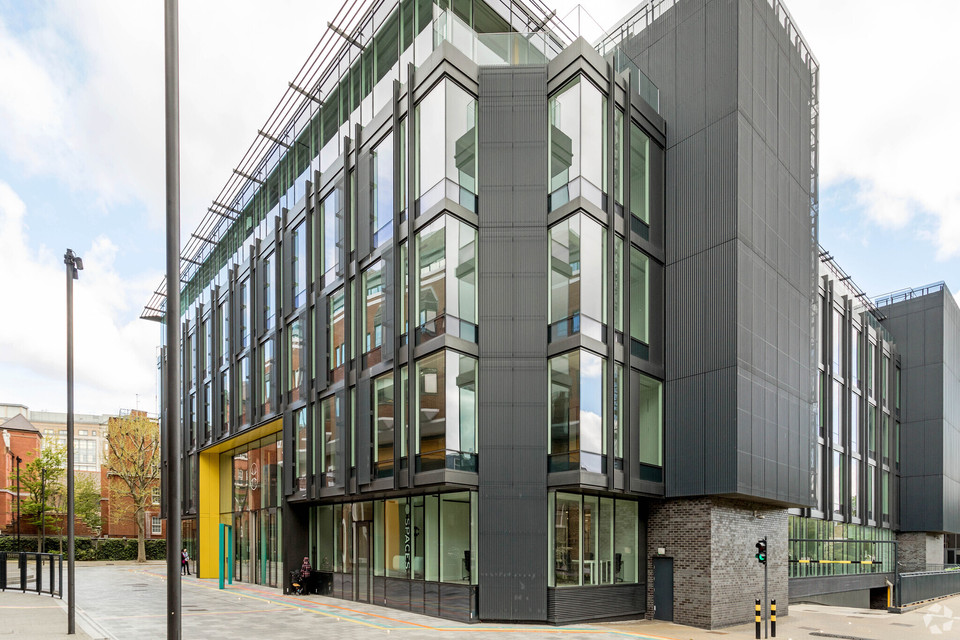 West London is bursting with accommodation options. If you’re on a tighter budget, there are many affordable places to stay, including ibis London Wembley, Premier Inn Putney Bridge, Holiday Inn Express Hammersmith and Safestay Kensington Park.

Some hotels are especially convenient for business travellers, such as Sofitel London Heathrow, Hyatt Place London Heathrow Airport and Heston Hyde Hotel, which will put you within easy reach of Heathrow. And if you’re welcoming special guests, properties such as Club Quarters Trafalgar Square, The Kensington Hotel, and The Landmark London are just some of the upmarket options on offer.

Whatever you’re in the mood for, you’ll find something to suit you in West London. The Oak W12 offers a host of Mediterranean cuisine; Little Blue Door is a laidback brunch and evening small plates spot, and Rosa’s Thai Café offers tasty Thai bites.

There are a number of upmarket eateries, such as Twist Connubio, indulgent Italian The River Café and incredibly chic Dinings SW3, which will impress even the most discerning clients. And if you’re just looking to brainstorm over a coffee, try out Coffee Plant roastery, Antipode in Hammersmith or Boys’n’Berry. 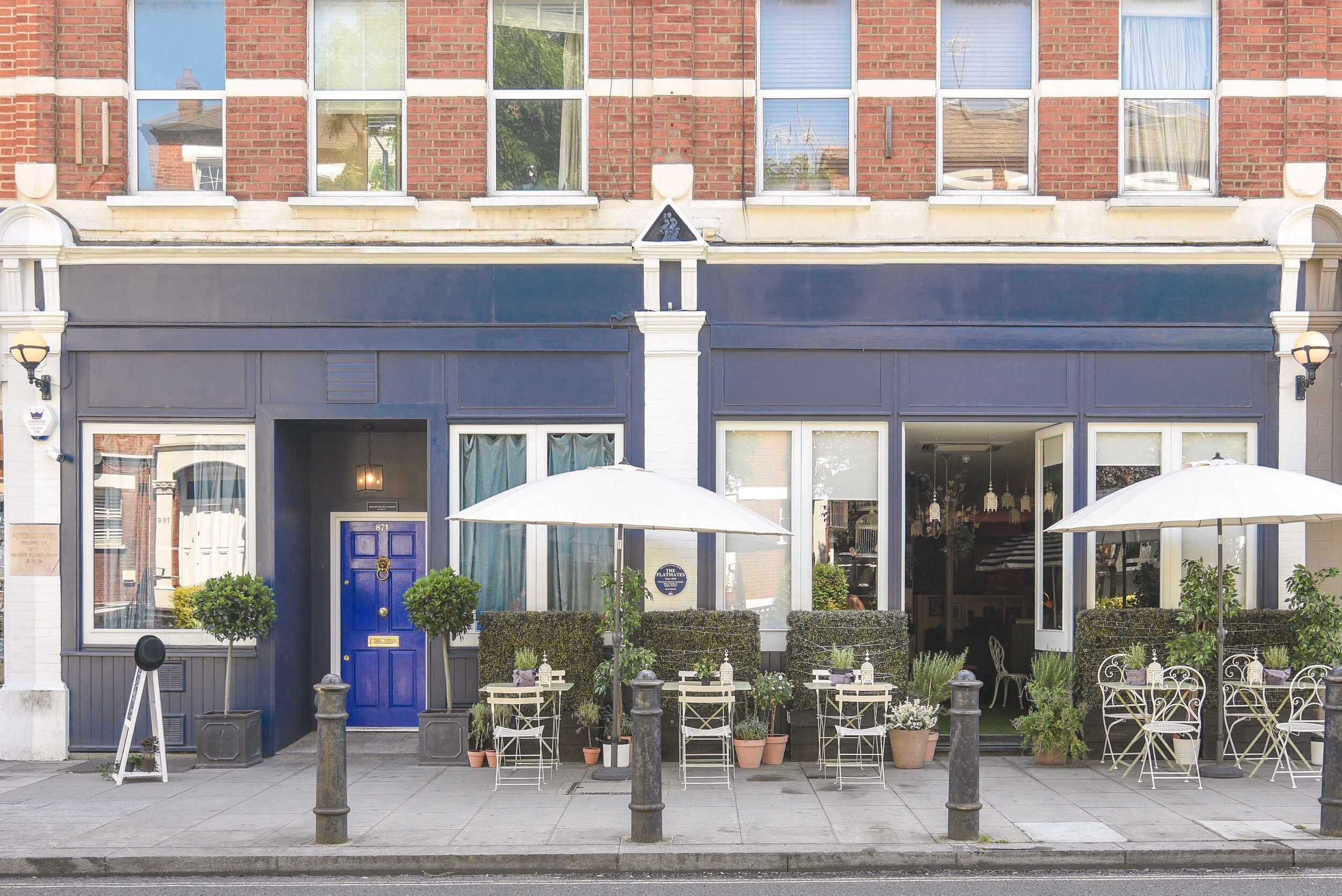 There are meeting rooms for every occasion in West London

Looking for a space to meet? West London offers lots of choices. Go for the Shepherds Meeting space, host a creative brainstorm at funky White City Huckletree or book yourself into Space at Marylebone. There are also lots of meeting rooms and event spaces to hire across West London’s hotels, whether you’re looking to impress with somewhere upmarket or rent an affordable space.

West London has plenty of other handy amenities

Regardless of your budget, West London has many places to shop. From chic designer boutiques, your faithful high street favourites, or quirky independent gems. Westfield Shepherds Bush is home to loads of familiar brands, as well as delicious places to eat or grab a coffee. Ealing Broadway is another popular choice, which can be easily reached by tube. You can take a wander down Bond Street, which is home to brands including Burberry, Cartier and Louis Vuitton, or visit Chelsea’s King’s Road to find upmarket and independent stores.

Offices to let in Chelsea

You can meet Peter Pan in Kensington Gardens. The beloved children’s book character, created by J.M. Barrie, has been immortalised in the exact spot he lands in the story.

Hyde Park has a pet cemetery, which was created by accident in 1881. Now, this tiny area of the sprawling park pays tribute to furry friends lost over the years.

Holland Park is a fascinating place to visit, as it’s home to free-roaming Peacocks and the Kyoto and Fukushima Gardens – a symbol of the friendship between the UK and Japan.

Portobello Road Market houses more than 100 antique dealers who have been selling their wares in Notting Hill since the 1940s.

Lots of museums call West London home; including the V&A, The Science Museum and The Natural History Museum, so it’s a great place to soak up the capital’s culture.