The hidden costs of managing an office space

Michael Hershfield of WeWork explains the importance of understanding both the short and long-term expenses.

See offices for rent in your area on Realla

Signing a lease on a new office is a major milestone. Perhaps you've found a space that you hope will be your company's home for many years. Or, you may be expanding into new cities and opening regional offices – either way, it's a cause for celebration. As a senior director at WeWork – and having led start-ups in New York and Toronto as a founder, a CEO, and a COO for more than a decade – I've signed a fair share of leases. My biggest piece of advice is as follows: Before you ink the deal, take time to evaluate not only the actual lease, but also the additional costs that come with managing an office – they may add up to much more than you expected.

If you're not sure where to start, here's a breakdown of what to consider.

Just like when you rent an apartment, signing a commercial lease requires an upfront payment. Similar to the standard first and last month's rent plus security deposit that you would put down for a residential property, a commercial lease requires one, too. While three to six months' rent in advance is typical, landlords may request more for younger companies without an established credit history.

After you've signed the lease on your office space, the next step is making it your own. That means customising the space with a floor plan that suits different employees' working needs. For example, an engineering team's ideal configuration is different from that of a sales team. Plus, you'll want to add design touches that reflect your brand and company culture, such as your signage in the reception area, or your brand colours around the office. To achieve this, you'll need to source and manage architects, designers, contractors, engineers, and other vendors.

According to London-based office design and build company Oktra, the cost per square foot to fit out an office in London comes in at between £73 and £140. On top of the cost, a full build-out process can range from six to 12 months, depending on the size of the space and your level of customisation – so you’ll need to factor in the additional expense of paying for wherever your employees will be located during that time.

Once you've built out your space, you may feel like your work is done – but someone needs to maintain it. In order to keep your employees inspired and motivated, your space needs to be clean, safe, and fully functional.

According to PayScale, the average office manager salary in the UK is £24,761. An IT director’s salary could be anywhere between £48,000 and £116,000. A receptionist costs around £20,000 annually. What about a security guard? You’re looking at around £18,000. That's a total of up to £178,000 a year, without factoring in benefits, supplies, and infrastructure (such as Wi-Fi, software, phones, coffee, and cleaning materials) along with the costs of all the other employees you need to run your business.

Scaling up or down

Whether you're the CEO of a start-up or a senior leader who's worked at a Fortune 500 company for the last 30 years, you understand that change is constant. Technology is evolving faster than ever, and businesses must constantly adapt in order to stay competitive.

Reorganisations will happen. Teams will grow, shrink, and merge. Companies will open offices in new markets and move out of others. Yet, commercial leases don't account for that. In the UK, leases on commercial office space can often run for 10 years or longer. If you need to scale up or down during that time, you'll end up burdened with liability, and paying a large penalty if you break your lease – or have to deal with the headache of sub-leasing your space and managing tenants.

Even just one of those costs can have a massive impact on your company's finances, cash flow, balance sheet, and long-term planning, so take them into consideration before you sign that commercial lease.

About the Author: Michael Hershfield
Michael Hershfield is a senior director at WeWork where he leads the medium and large business segment globally. He's spent more than a decade in the start-up space signing commercial leases in New York and Toronto while serving as COO of Nucleus Intercom, COO of Kitchensurfing, GM of Monetization at Sailthru, and CEO and co-founder of LiveStub. 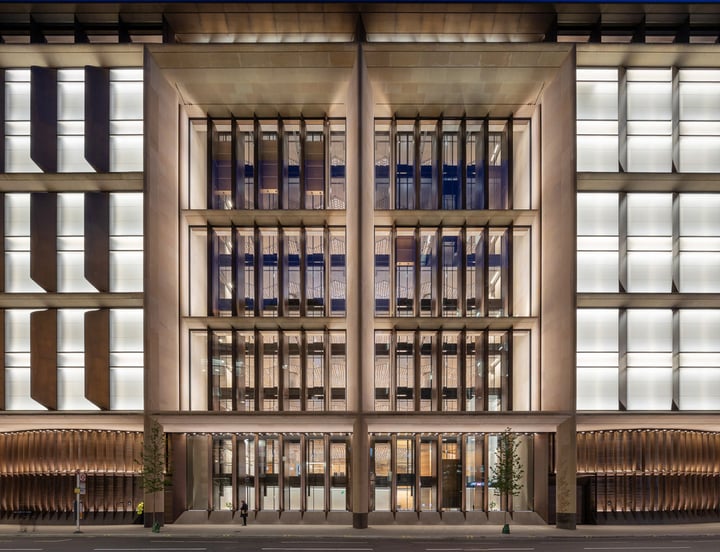 The hidden costs of managing an office space

Signing a lease on a new office is a major milestone. Perhaps you've found a space that you hope will be your company's home for many years. Or, you may be expanding into new cities and opening regional offices – either way, it's a cause for celebration. Michael Hershfield of WeWork explains the importance of understanding both the short and long-term expenses.